Anselmo Garcia MacNulty Has Not 'Shut Door' On Switching Allegiance

Anselmo Garcia MacNulty says he has not dropped the notion that he might one day represent Spain at international level.

The 18-year-old, who currently plays for Wolfsburg, has represented Ireland at U15 and U17 level.

He was called up to the Jim Crawford's Ireland U21 squad for the recent European Championship qualifiers against Bosnia and Herzegovina and Luxembourg.

Garcia MacNulty, whose mother is from Clare, was born in Seville. He joined Wolfsburg from Seville-based Real Betis two years ago.

"I feel Sevillian and Irish, both," he told Marca ahead of the game.

"A very good mix. Very proud, both of being Spanish and Irish.

"The truth is that in the end right now I am representing the Irish team, but I don't want to close the doors to the Spanish team ... I am happy and proud to represent Ireland."

What a start to the second half as Anselmo Garcia MacNulty brings #IRLU17 level! (1-1) #COYBIG pic.twitter.com/aUUV9kgrXI 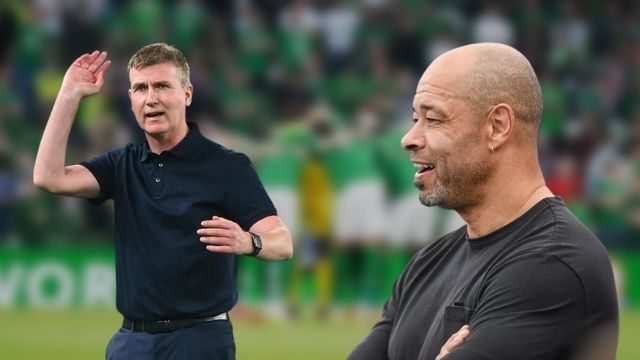