Anthony Stokes Is On Trial With Shamrock Rovers

With all the talk of football 'coming home' this summer, it seems fitting that Anthony Stokes' footballing odyssey appears to be on the verge of bringing him back to his home city.

It has emerged that Stokes is in contention to be offered a deal with Shamrock Rovers, and was lined up to feature in a 'behind closed doors' friendly for the LOI champions against Cabinteely FC.

The former Republic of Ireland international has been out of the game since last year, when he left Livingston by mutual consent after less than a month. Speaking at the time,  Livingston boss David Martindale was open about Stokes' difficulty in adapting to their artificial training surface.

In all honesty, it’s not quite worked out in terms of the on-field ball work and intense training schedule we had put in place. He is struggling to adapt to training two-three hours per day on the astro turf surface – we all know it doesn’t and won’t suit everyone.

Of course, Anthony knew the surface we had in place but each player adapts to that differently and you can’t know how your body will feel adapting to it until you’ve been out there and played or trained on it frequently. We know it isn’t for everyone and sadly, that’s been the case for Anthony. 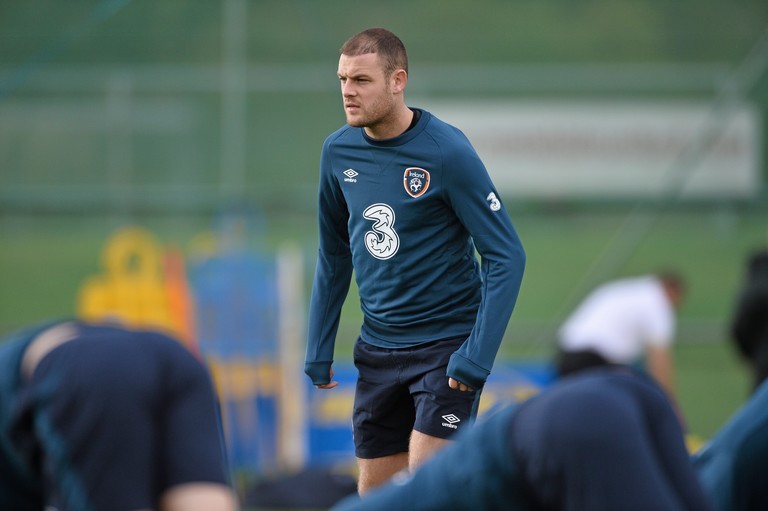 This most recent spell in Scotland followed his last competitive action at club level with the Iranian side Persepolis, where he last played in February 2020. Stokes has also had spells playing in Greece and Turkey since he first left the British leagues, but it seems as though a new start closer to home may be on the cards.

At 32 years of age, the former Celtic striker could certainly still have something left to offer. But with him comes the obvious baggage of his often wayward career and previous troubles off the field. Having spent some time away from the game in recent months, he has clearly piqued the interest of Rovers manager Stephen Bradley, who's side currently sit second in the league behind St.Pat's on goals scored.

Shamrock Rovers' recent success story in helping to rehabilitate the career of Jack Byrne after his struggles abroad could be a good omen for Stokes, if the club opt to sign him and offer him a chance to rebuild his career in Ireland. Stokes' last cap for his country came in 2014.