If we told you a week ago that Antonio Conte was already plotting his first transfer after recent being appointed at a Premier League club, you probably would have assumed that he was looking at how he could strengthen Manchester United in the January transfer window.

However, the Italian has instead ended up at Tottenham Hotspur.

Spurs' sacking of Nuno Espirito Santo was a predictable one, but their appointment of Conte was less so. He had discussions about taking over in the summer but the club would not agree to his demands.

Those issue have seemingly now been sorted and you would imagine that transfer policy was central to that.

Spurs have a squad that is desperately in need of some fresh blood. While they have made a few signings over the last couple of seasons, few of them have set the world alight since their arrival.

The centre of defence is a particular area of concern, with their new manager having reportedly already identified one possible target.

Calciomercato are reporting that Antonio Conte wants to make Inter Milan defender Milan Skriniar his first signing at Spurs, a player he knows well from his recent spell in Italy.

Conte coached the Slovakian defender for two seasons while in charge at the San Siro, winning the Serie A title last season. The 26-year old made 32 league appearances in each of those campaigns.

Spurs have been linked with Skriniar in the past, submitting a bid of around £30million for the player in the summer of 2020. However, Inter were unwilling to lower their £50million asking price.

It remains to be seen how much they would be willing to take for him in the January window, with Inter's current financial issues well documented. Despite this, it appears Conte feels he can be the man to help ease Spurs' defensive issues.

We imagine it will be a busy window for Spurs as they attempt to give Antonio Conte the weapons he needs to reverse what has been a long recent slide for the club. 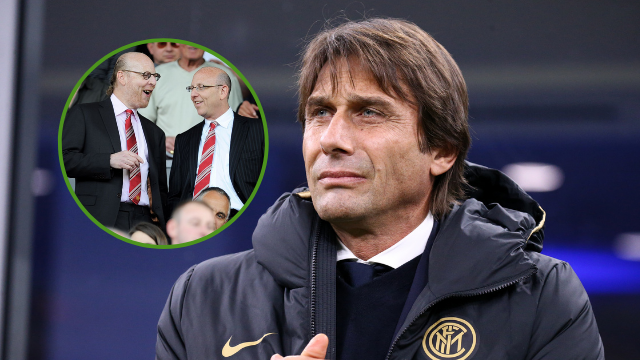 Football
2 days ago
By Gary Connaughton
Report: Cristiano Ronaldo 'Blocked' Manchester United's Antonio Conte Pursuit
Football
1 week ago
By Eoin Harrington
Antonio Conte Urges Arteta To "Be Calm" After Spurs Derby Win
Football
2 weeks ago
By Gary Connaughton
Antonio Conte Claps Back At Jurgen Klopp After Tactical Criticism
Popular on Balls
Football
11 hours ago
By Luke Delaney
Obafemi In As Stephen Kenny Names 27-Man Nations League Squad
GAA
3 days ago
By PJ Browne
Controversy In All-Ireland U20 Hurling Final Over Dubious Crucial Point
GAA
1 day ago
By PJ Browne
How A Kerry Guard Ended Up Playing For The Tipperary Footballers
Football
15 hours ago
By Donny Mahoney
Rafa Benitez On The Utter Chaos Around The Steve Finnan Substitution In Istanbul