Thursday's North London Derby was pivotal in the race for Champions League football and, after Spurs' 3-0 win, Antonio Conte responded to some barbed comments from Mikel Arteta about the referee's performance.

Arsenal manager Arteta seemed unhappy with two major decisions that went against his side, as they were reduced to ten men and gave away a penalty during a heavy loss to their North London rivals.

After Arteta's frosty post-match interview, Spurs boss Conte urged the Spaniard to focus on his own team, and noted that he had not complained about a decision that went against his team during Saturday's game against Liverpool.

Mikel Arteta was not happy after Arsenal's 3-0 loss on Thursday. The 40-year-old, seemingly doing his best Jose Mourinho impression, refused to speak about the decisions that went against his side at the Tottenham Hotspur stadium.

If I say what I think I am suspended six months, so I cannot say. I am allowed to give my interpretation of what happened in the game, but I don't know how to lie, and I don't like lying - so I prefer not to say what I think.

I cannot say what I think. I'll be suspended.

The biggest refereeing flashpoint came when Arsenal defender Rob Holding was sent off just after the half hour mark for a second booking.

Rob Holding catches Son and gets a second yellow! pic.twitter.com/Y0j6VHvPfd

Arteta may also have been speaking about the decision to award Spurs a penalty in the second half. Speaking on Sky Sports, Jamie Redknapp could not understand his ire with either decision, saying that referee Paul Tierney had gotten both calls right.

During his post-match press conference, Spurs boss Antonio Conte responded to Arteta's comments. Conte suggested that Arteta should "be calm" and urged him not to lose his head:

I think that he has to be focused more to his team, and not to complain.

He has just started this work and I think he has to be calm and to try to continue to work, because he's very good. But to listen to a coach complain a lot of the time, it's not good.

It's okay...but the red card, the red card, for me, was clear. Don't forget - against Liverpool, I said nothing about what happened with Fabinho.

If we want to complain, we have the possibility every game.

Conte appeared to be referring to an incident during Saturday's draw with Liverpool which saw Son Heung-Min elbowed in the neck by Liverpool midfielder Fabinho.

🎙️ "He has just started this work and he needs to be calm."

Antonio Conte says Mikel Arteta should focus more on his team and not complain as much after the Arsenal manager expressed his discontent with the red card decision in the #NLD pic.twitter.com/nBAwkLgQy0

Arteta must ensure that his side remain calm, as they currently have the impetus in the race for Champions League football. They remain in fourth place, one point ahead of Spurs.

Nonetheless, Conte will be thrilled with Thursday night's game. The result is one thing, but the manner of defeat for Arsenal, coupled with Arteta's wounded comments after the game, suggest that there are cracks appearing in Spurs' North London rivals.

The atmosphere within the stadium formerly known as White Hart Lane was electric, with Gary Neville on Sky Sports commentary asserting it was the best atmosphere he had experienced during the Premier League season.

The race for Champions League football is breaking down to a thrilling conclusion, and Thursday night's game may well be remembered as the biggest flashpoint. 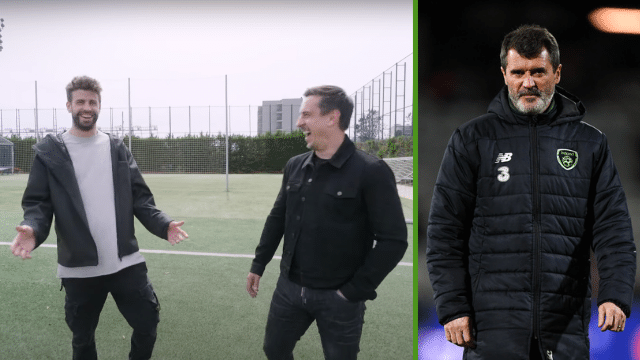