France and Germany played out a goalless draw last night in the opening Nations League match of Group A1. It was a match whereby debutant Alphonso Areola garnered the bulk of the praise, making crucial saves to deny Marco Reus, Mats Hummels, Thomas Muller and Matthias Ginter.

One man that came in for criticism was Chelsea's Antonio Rudiger, who appeared to stamp on Benjamin Pavard's neck when taking the ball into the French box.

From the footage it is hard to say for certain whether the centre back intentionally left a leg in on the VfB Stuttgart defender:

It took a while for Pavard to recover from the coming together, which left several nasty looking scratches on the 22-year-old's neck: 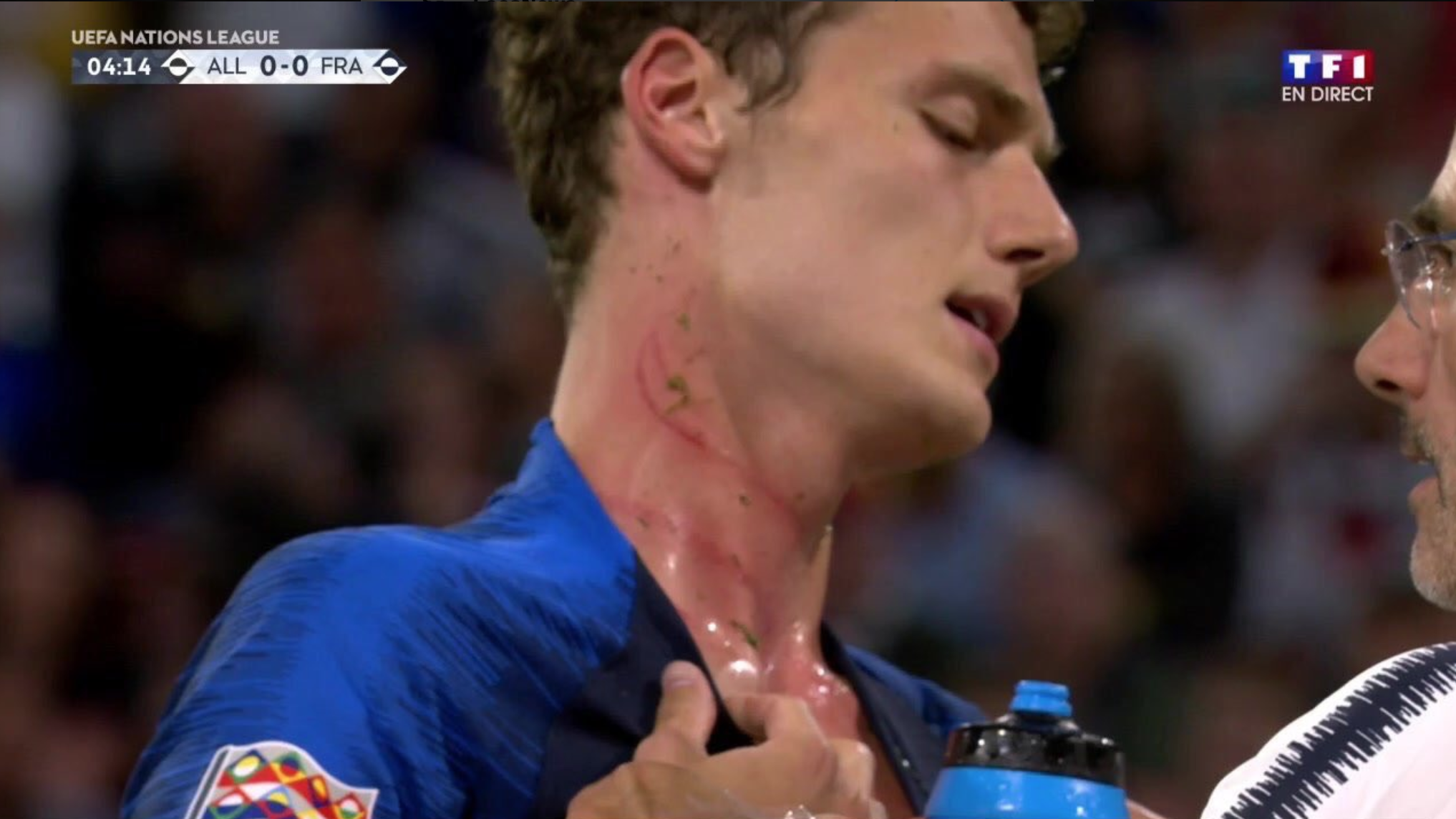 Rudiger went unpunished for the incident as France and Germany returned to international action following their varying fortunes at this summer's World Cup.