Ireland U21s Win In Armenia Despite Second Half Red Card

The Ireland U21s beat Armenia 1-0 in Yerevan on Thursday.

Zack Elbouzedi got the goal for Stephen Kenny's side just after the hour mark.

It came after Jason Knight won the ball in midfield, played it to Adam Idah down the right and the Norwich striker hit a low cross which eventually fell to Elbouzedi.

The 21-year-old made no mistake with the finish.

Cool, calm & composed from Zack Elbouzedi as he puts Ireland into a fully deserved lead.

There was trouble for Ireland 12 minutes later when centre-back and captain Dara O'Shea was sent off after a tangle with Armenia's Melkonyan.

As the winger raced through on goal, O'Shea brought him down on the edge of the box. A straight red card resulted for the West Brom player.

Ireland Captain Dara O'Shea sent off after a tangle of legs as Melkonyan raced through on goal.

Stephen Kenny had several players unavailable for the game. Jason Molumby and Lee O'Connor were both suspended while Conor Masterson, Caoimhin Kelleher, Michael Obafemi, Neil Farrugia and Trevor Clarke all withdrew from the travelling group earlier this week.

The win keeps Ireland on top of Group 1 with 13 points. Already in this campaign, they have beaten Luxembourg, Armenia and Sweden and drawn with Italy. In their game previous to today's win, they lost 1-0 away to Iceland. 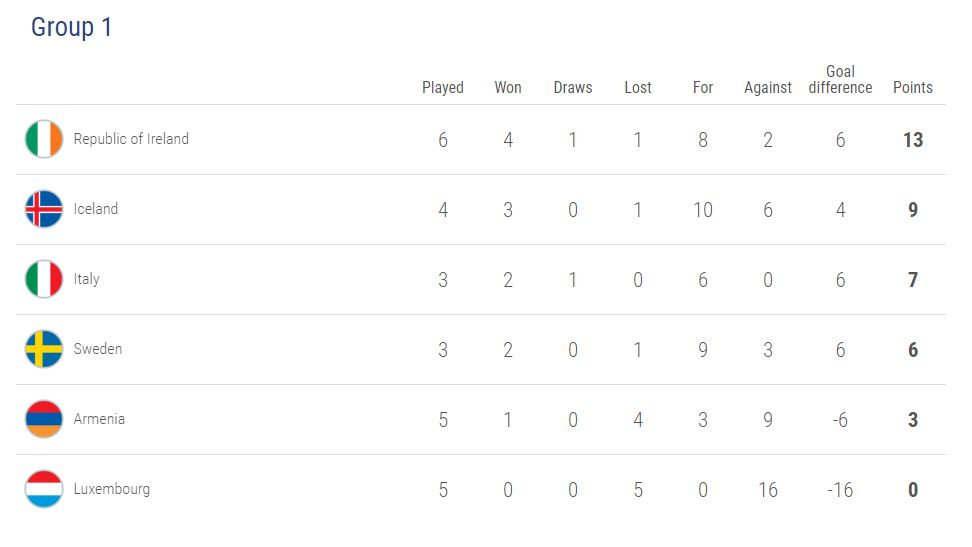 Football
5 months ago
By Jonathan Byrne
What Our Nations League Opponents Think Of The Republic Of Ireland
Irish Life
1 year ago
By Balls Team
5 Of The Hottest Days In The History Of Irish Sport
Football
6 years ago
By Conor Neville
One Of The Most Striking Consequences Of The Thierry Henry Affair
Popular on Balls
Football
23 hours ago
By Luke Delaney
Obafemi In As Stephen Kenny Names 27-Man Nations League Squad
GAA
2 days ago
By PJ Browne
How A Kerry Guard Ended Up Playing For The Tipperary Footballers
Football
20 hours ago
By PJ Browne
Five Things Learned From Stephen Kenny's Nations League Press Conference
Motorsport
1 day ago
By Eoin Harrington
F1: New Team Radio Clips Show Sergio Perez Frustration With Team Orders In Barcelona