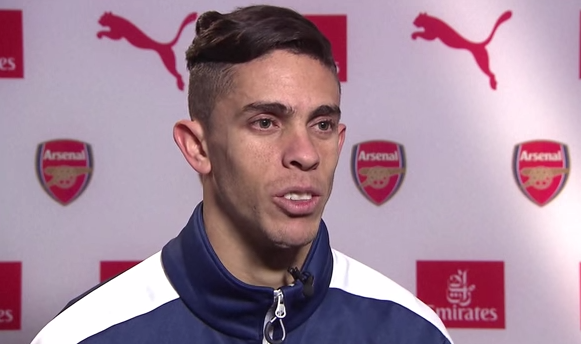 Without a doubt the worst thing about social media is that it allows gobshites of the highest order to have their say when they really shouldn't be allowed. The fact that they can have their say is bad enough but for them to be able to direct their ire at whomever they please is particularly unsettling.

Take for example, the 'Arsenal fans' who heard the news about Jack Wilshere's latest injury setback today and immediately thought the best thing to do would be to start sending death threats to defender Gabriel.

It's a tackle from the Brazilian centre back that is thought to have caused the hairline fracture that will keep Wilshere out for at least six weeks and some of the aforementioned gobshites thought this kind of carry on would aid the situation.

Disgusting from Arsenal fans. Threats to Paulista for a mistake that injured Wilshere. Shame. pic.twitter.com/3tKXUYw0mM

Some of the more sickening tweets read;

Thank you for ending my boy's career and ruining my title dream. I swear to God if I see you I'll kill you. Believe that @gpaulista5.

Obviously enough, that kind of idiocy doesn't speak for all Arsenal fans and many more have been quick to defend the former Villarreal man.

Wishing Wilshere the speediest of recoveries and Gabriel to continue being fierce in a tackle.