Manchester United are well accustomed to falling behind and making things difficult for themselves this season, but they did so in dramatic fashion on Thursday night, with goalkeeper David de Gea down injured when Arsenal went 1-0 up.

The incident saw United's players crowd around the referee in protest - but it was one of their own players who had inflicted the blow on de Gea.

David de Gea has enjoyed a resurgence in form this season, with some standout performances and saves over recent weeks. Without his efforts in goal, it's unlikely Ole Gunnar Solskjaer would have lasted in charge as long as he did.

On Thursday evening, however, he was at the centre of a surreal opening goal for Arsenal at Old Trafford. As an Arsenal corner swung in, Manchester United midfielder Fred accidentally stamped on de Gea's ankle, causing the Spanish goalkeeper to fall to the ground clutching his leg.

When the ball came to Emile Smith-Rowe on the edge of the area, he simply had to volley the ball into an unguarded net to put the Gunners 1-0 up.

Should Arsenal's opener at Old Trafford have stood? 🤔 #MUNARS pic.twitter.com/SW7MzSXPZy

Manchester United's players were livid in the aftermath of the goal, protesting to referee Martin Atkinson that it should have been disallowed due to de Gea lying out of action on the goalline.

In all reality, it's unclear what exactly the goal could have been disallowed for, with no foul committed by an Arsenal player, and no whistle from Atkinson to signal that play had been stopped at any stage.

United have suffered a rough run of form of late but injuring your own players seems like an unnecessary step to take in an attempt to change their fortunes.

Richard Dunne appeared on Premier Sports' half-time analysis, and said he felt de Gea had gone down softly and should have stayed on his feet. Luckily for Manchester United, de Gea found his feet and was able to continue after the contact with Fred.

The game would be tied up by Bruno Fernandes just before half-time, with Fred redeeming himself by providing the assist. Cristiano Ronaldo put Manchester United ahead early in the second-half, but it only took Martin Odegaard moments to respond. Ultimately, a second Ronaldo goal sealed a 3-2 win for United.

The goals are flying in at Old Trafford now! 😱

Cristiano Ronaldo scored his 800th career goal to put United 2-1 up, but Martin Ødegaard follows up at the other end to level it up just 2 minutes later 🔥 pic.twitter.com/2kCGdIH217

We've never seen a goal quite like Arsenal's opener on Thursday night, and it's one that David de Gea will certainly want to forget. 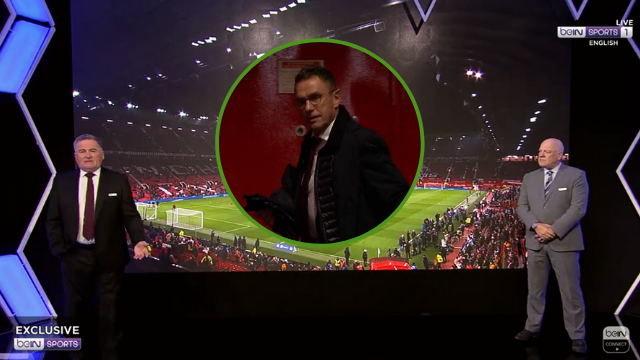