After a season in which their defence looked essentially unbreachable, Liverpool's back line has been far more giving in the opening weeks of the current campaign.

While many will attribute that to the loss of Alisson, the Brazilian phenomenon who instilled a new found sense of self-assurance into the team last year, the problem actually starts further up the pitch.

Much further in fact.

A recurring theme has developed over the four opening games of the season for Jurgen Klopp's side. While they have always lived on the edge in terms of their advanced backline, their defence seems to have moved even further up the pitch.

The offside trap can be a fickle beast, and Liverpool continue to teeter on the brink of disaster.

There have been countless examples of where this could have cost them over the past few weeks. What's more, members of the defence have also showed an amazing lack of awareness at key moments.

The first evidence of this tactical tweak came in the Community Shield clash with Manchester City. While this was a set piece, look how high Liverpool held the line for City's opening goal, with space afforded in behind ultimately being their undoing. 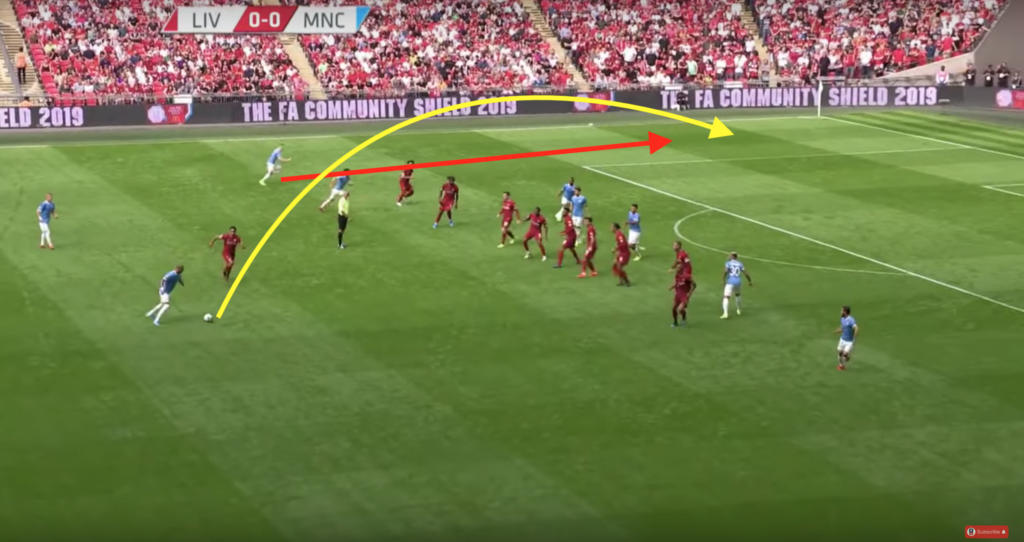 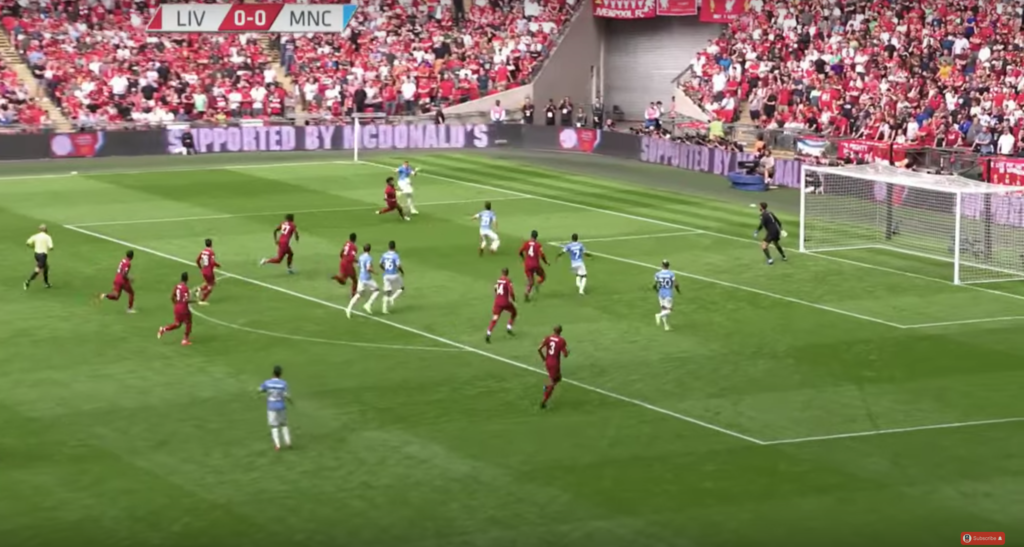 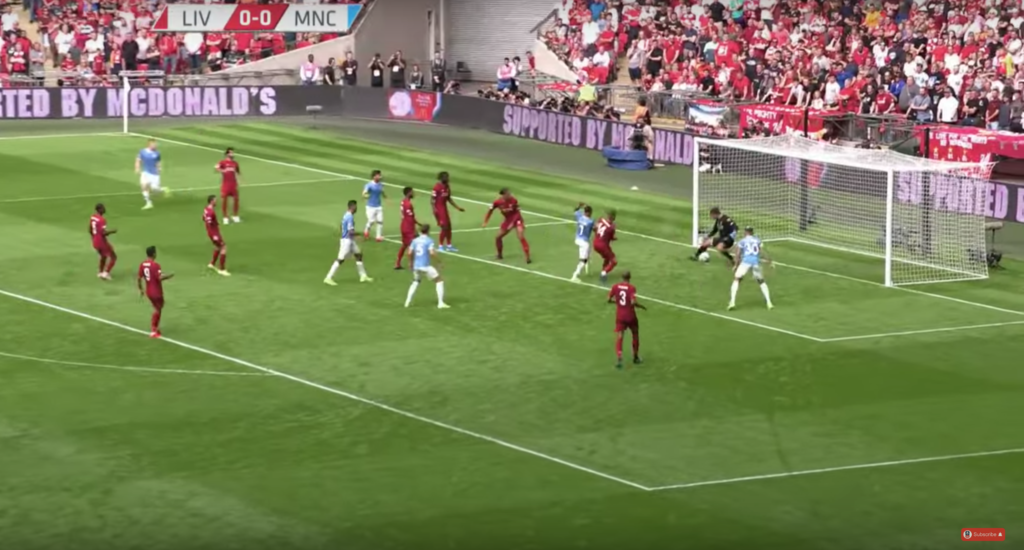 It was lagrely the same in open play.

With City holding a 1-0 lead in the second period, their incredibly high line coupled with a defensive miscommunication almost allowed Sterling to secure a second.

As the winger made the run in behind, both Trent Alexander-Arnold and Joe Gomez chose to step up. Only Virgil van Dijk tracked the runner, and were it not for some poor decision making from Sterling that would have been the game decided. 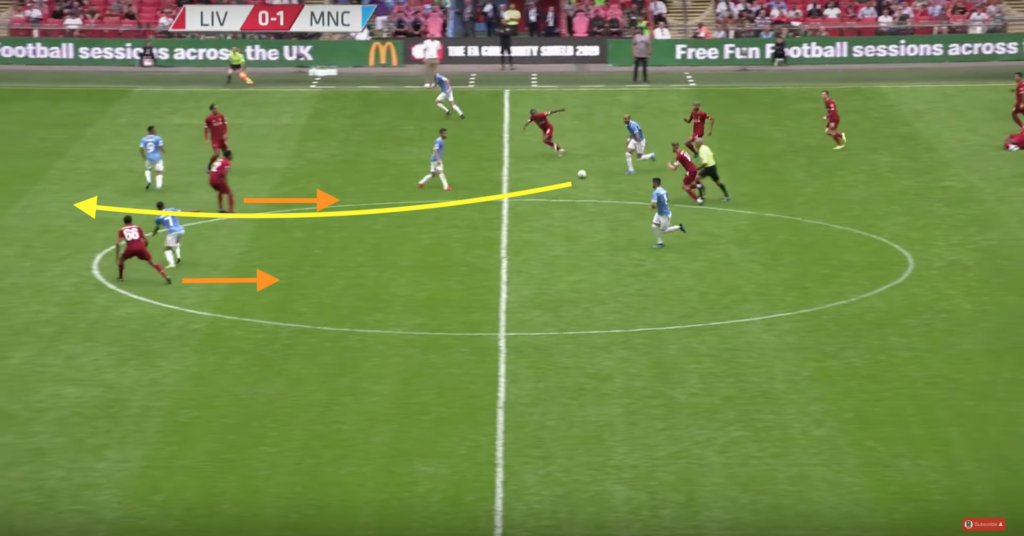 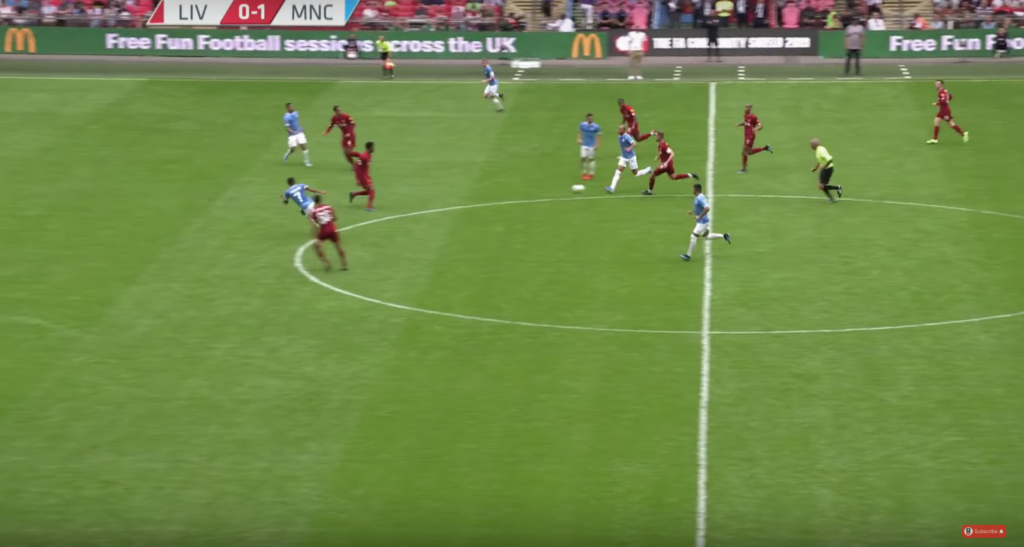 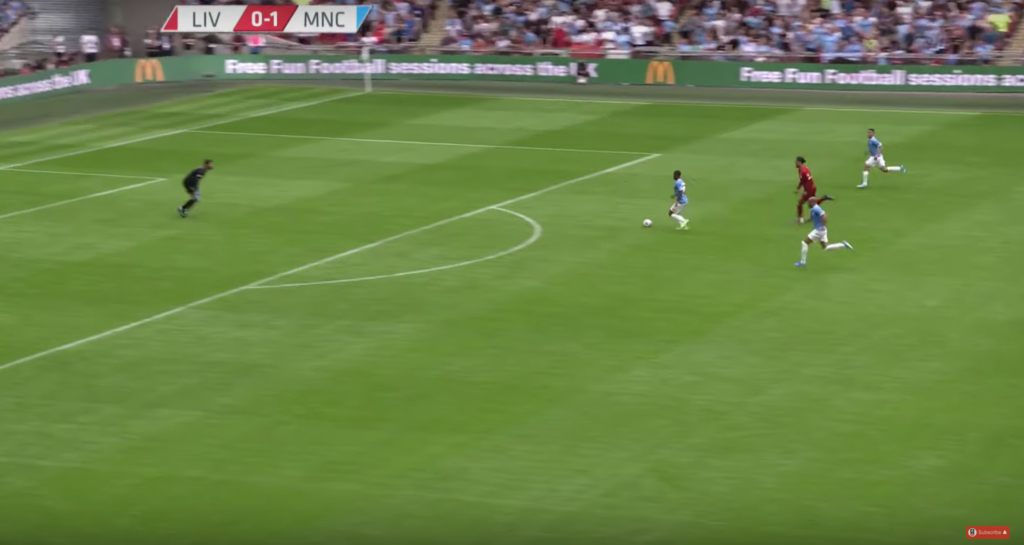 Many put this down to rust and the quality of the opposition, but it was much of the same story against Norwich in the Premier League opener.

Liverpool were caught out on the right flank on a number of occasions, with Alexander-Arnold and Gomez falling asleep once again.

This is the Norwich goal. You can see Teemu Pukki pointing to where he wants the ball, but Joe Gomez is completely oblivious to the striker on his shoulder. The results are predictable. 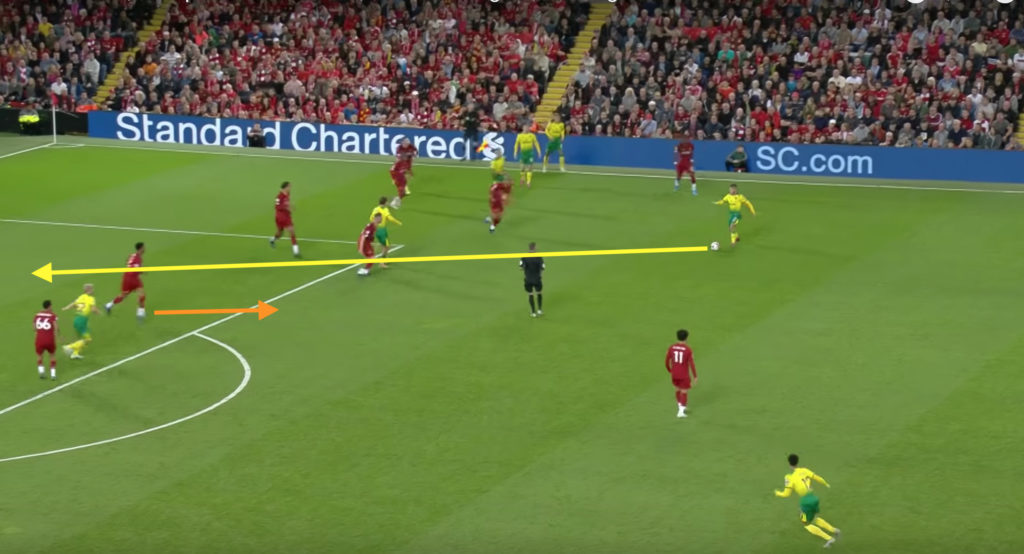 Later in the game, two Liverpool defenders needlessly followed the runner to leave an acre of space down the right flank. 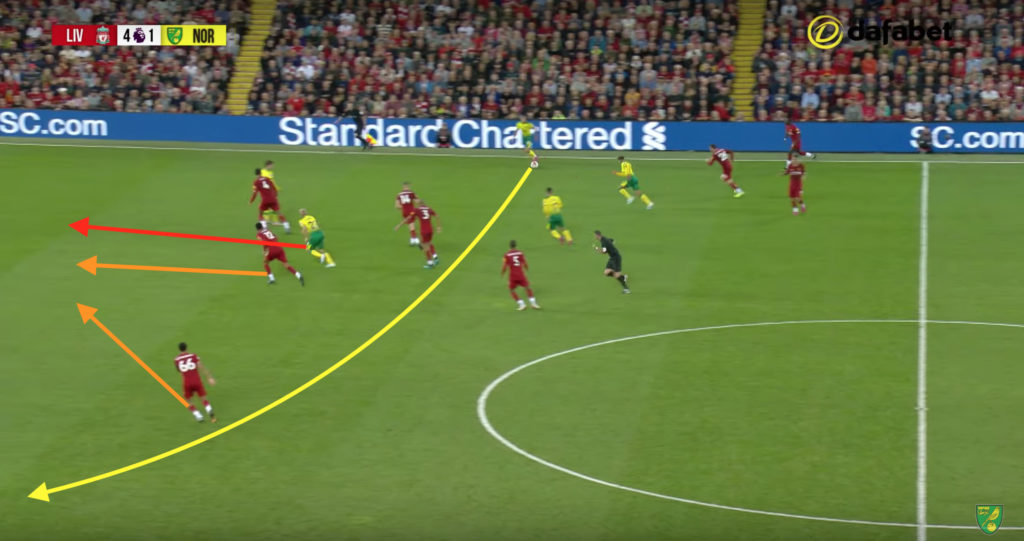 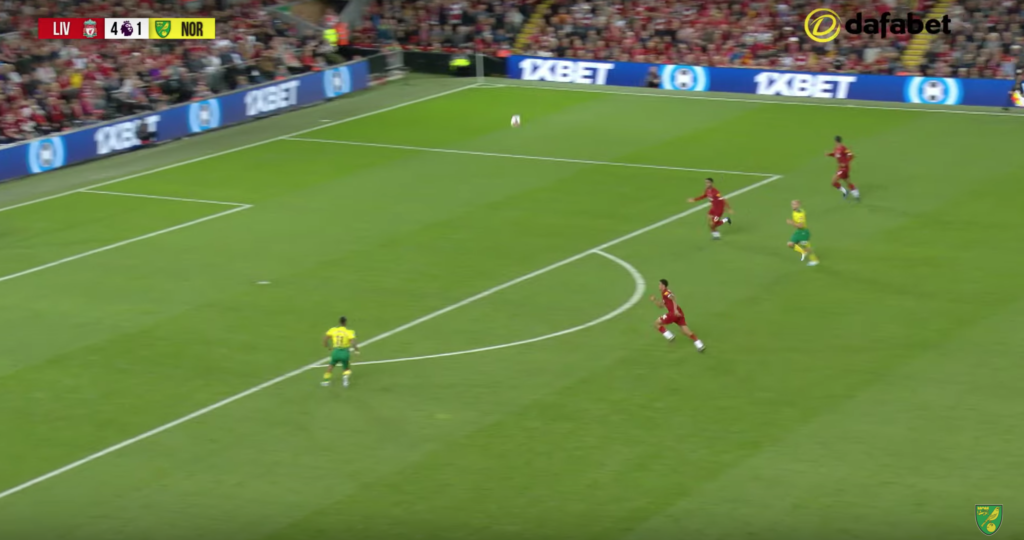 They were caught out a number of occasions against Chelsea in the Super Cup, and while Pulisic was millimetres offside here, much of that was down to his own carelessness as opposed to good defending. 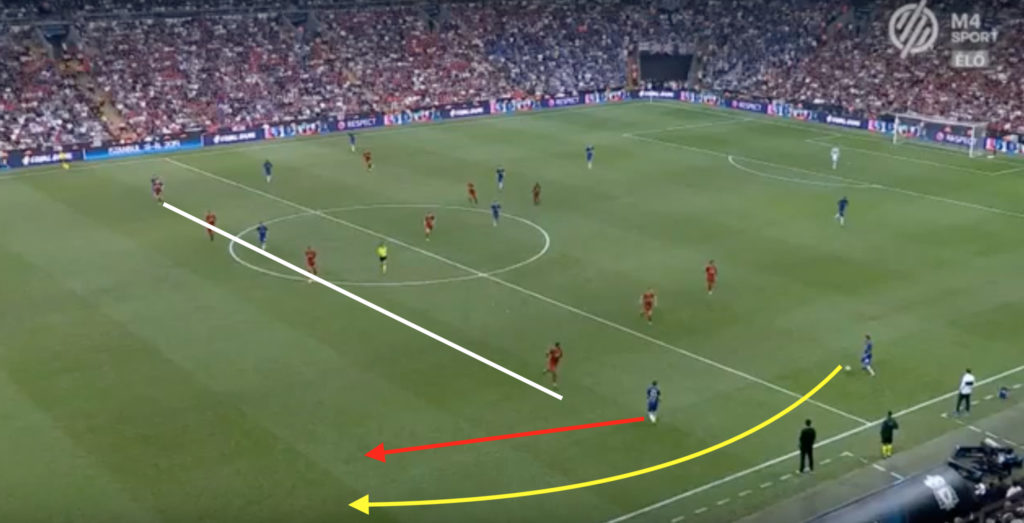 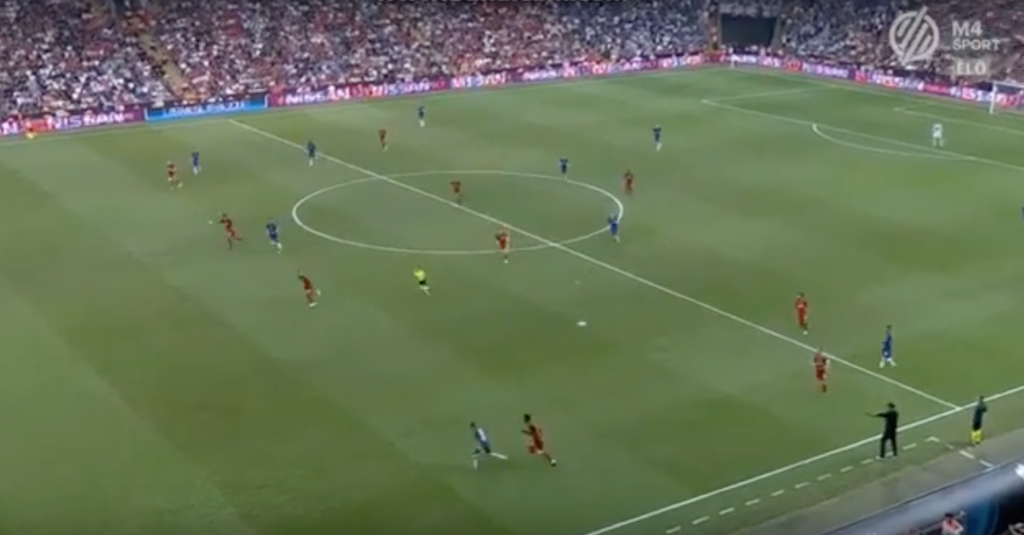 The Southampton clash featured less use of the high line, but much of that was down to Liverpool being under the cosh for large periods.

They did switch off late on, with Danny Ings missing an absolute sitter which would have claimed a point for the home side. 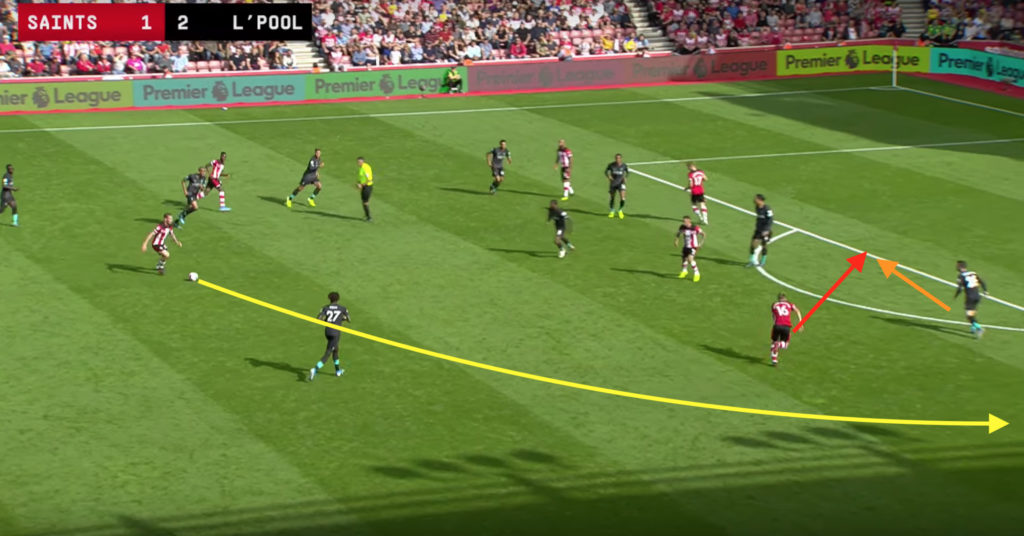 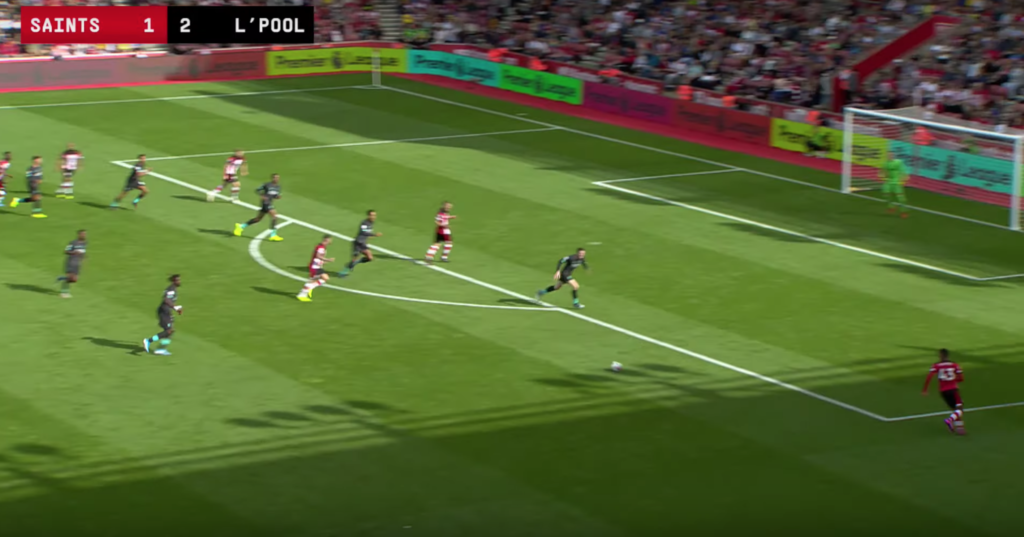 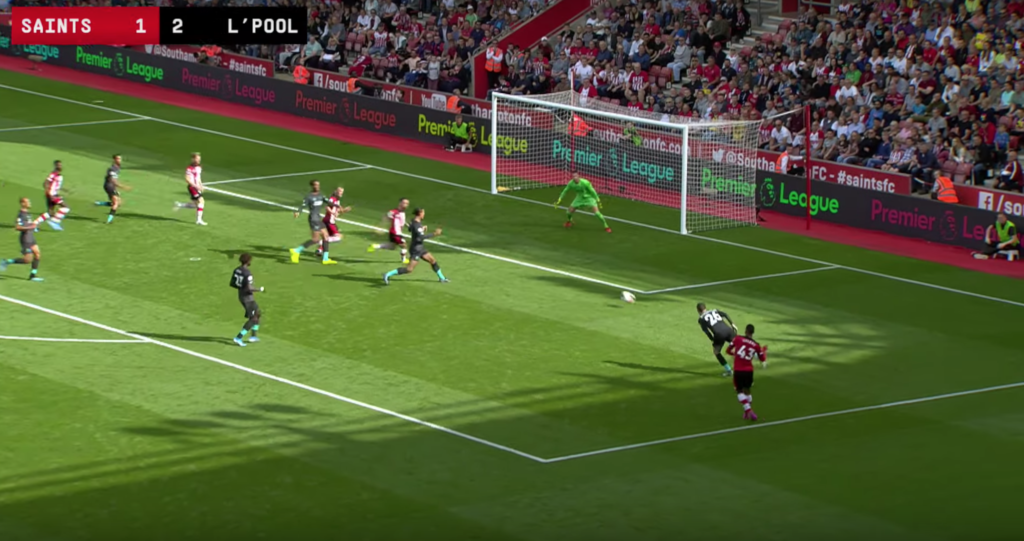 So what has changed for Liverpool? According to Simon Hughes of The Athletic, Jurgen Klopp has asked his team to push further up the pitch for two reasons.

The first is the introduction of VAR, with even the most marginal of offsides now being spotted on a consistent basis. A higher defensive line should allow you to catch more opposition forwards offside, but of course this comes with a high level of risk.

The second reason is that Klopp wants to keep his players on their toes after the successes of last season. Employing a riskier defensive strategy should keep the players clued in when they could be tempted to go through the motions.

This seems a major gamble, but the German manager is hardly one to play it safe.

All of this leads us to Saturday's clash with Arsenal. If there is one team constructed to take advantage of Liverpool's defensive frailties, it's Unai Emery's side.

In Pierre Emerick Aubameyang, Alexander Lacazette, and Nicolas Pepe they have potentially the quickest front line in the Premier League. They can exploit the space in behind if they are given the opportunity. This is especially true if Dani Ceballos is in the team, as he has already shown an eye for a threaded through ball.

Of course Arsenal come with plenty of questions at the back of their own, but they have the quality to hurt teams at the other end.

Jurgen Klopp likes to live dangerously, but he must plan for this game accordingly. Whoever plays at right back, be it Gomez or Alexander-Arnold, needs to be switched on defensively.

Arsenal's record at Anfield may be poor, but this one has danger written all over it for Liverpool.

SEE ALSO: Iniesta's Love Letter To Fernando Torres Will Bring A Tear To Your Eye

Football
1 month ago
By Mark Farrelly
Watch: Arsenal Have Made A Balls Of It
Previous Next