Remember when certain sections of the Arsenal support used to blame all of the club's issues on Arsene Wenger? It has since become clear that he was far from the root of their problems.

Arsenal have greatly struggled since his departure, looking continually further away from securing the top four finishes that they once took for granted.

Wenger was heavily criticised for failing to compete at the top of the division during the second half of his tenure in North London, but he was forced to operate under some very strict financial conditions. The fact they he managed to keep them in the Champions League for as long as he did was a remarkable achievement.

Speaking on beIN Sports yesterday, Wenger revealed that he was forced to sell one of his best players every year just to keep the club afloat after their move to The Emirates.

Arsène Wenger explains how he had to part with a big player every season in order for his side to make the move to the Emirates Stadium & reveals some of the players he wished he had kept at Arsenal. #beINPL #LEILIV

Sell a player I didn't want to? Many times, but for financial reasons...

Of course (Arsenal would have gone under without selling players). I did (deals) every year. We had to pay the stadium back at the time, we had to be in the top four.We needed to pay our mortgage back...

It was a different period. We just listened to Jurgen Klopp in the shock of a defeat, but at the end of the day he has to make the maximum potential of his team until the end of the season.

That's what I did at the start of a season. I knew we did not have the potential anymore to win the championship, but we wanted to at least be on target to be in the top four...

I accepted this challenge and I think it's a period that I worked at the most efficient and best for the club. It is what you leave behind that is important.

Today the stadium is paid off, Arsenal can invest money and hopefully win championships again.

During his early days in England, Wenger forged a reputation for being very shrewd in the transfer market. He would usually sell his players at the ideal time, when their powers were beginning to wain but he could still command a high fee that could be reinvested into the team.

However, this changed as the years went on. Arsenal began to sell players at a younger age, something which made it difficult to build a successful team.

Well I would say at the start when I arrived that the players I sold had at least given a long period to the club, like Patrick Vieira or Thierry Henry who stayed eight or nine years and had given their best to the club.

Of course you would wish to keep them, but I could understand. They told me 'we have a young team now, we can't win the championship and I want to go and finish my career by winning'.

When we sold the younger players, Fabregas at 24 or 25, you would love to keep these players... 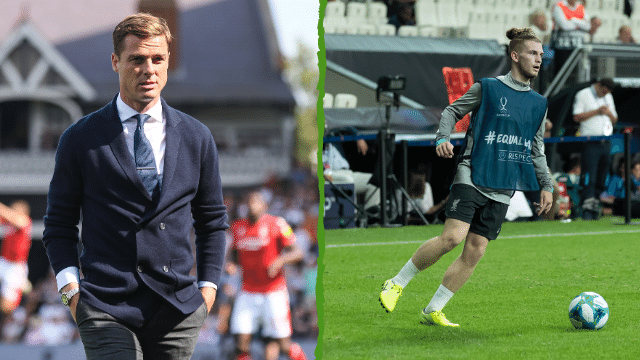