Aston Villa are reportedly considering a ban on their players from playing Fantasy Football, after three of their players inadvertently leaked the news of Jack Grealish’s absence for Sunday’s game at Leicester.

Villa’s Grealish has been one of the league’s best performers all year. His six goals and ten assists from midfield have made him a very attractive option for managers, especially given his low price compared to other midfielders like Bruno Fernandes and Mo Salah.

Grealish is also among the most-used players on the game, with just under 34% of players having him in their team for last weekend’s games – so it was clear something was up when three of his teammates and two of the Villa staff transferred him out of their teams.

The Twitter account @insider_fpl gives players of the game tips, as well as keeping tabs on the moves Premier League footballers make with their teams. On Friday, he tweeted out the news that Grealish’s teammates Matt Targett and Neil Taylor (as well as Irishman Conor Hourihane, who is currently on loan from Villa at Swansea) had all transferred the midfielder out of their squads for the upcoming weekend. Two Villa staff members also made the move to take Grealish out of their squads.

With Grealish one of the league’s in-form players, fantasy football players the world over were quick to realise that he was surely injured for the weekend’s games if so many Villa staff had removed him from their teams.

Leicester City started quickly against a Villa side without Grealish, scoring two goals in four minutes in the 19th and 23rd minutes with Grealish out of the Villa team, with the game ending 2-1. It's unclear if Brendan Rodgers had been tipped off to the absence of Villa's talisman.

Villa manager Dean Smith has now spoken out about the issue – and he doesn’t seem happy at all.

I was made aware that it came out on social media outlining he wasn't going to play and, if it's coming out of our training ground, I will find out where that's coming from and reprimand who it's coming from. It's something I wouldn't be happy with so we'll certainly get to the bottom of this.

Similar incidents have happened at Liverpool and Leicester in the last month, with teammates dropping Sadio Mane and Jamie Vardy from their squads. One solution that has been floated is a ban on Premier League players picking other players from their own club in fantasy football. That solution would surely have Villa manager Smith onboard.

When asked about the nature of Grealish's injury, Smith said it would be "optimistic" to hope he'll be back for next weekend's game against Leeds. If you’re like this writer and still have him in your midfield, you might want to follow the lead of his teammates and transfer someone else in. 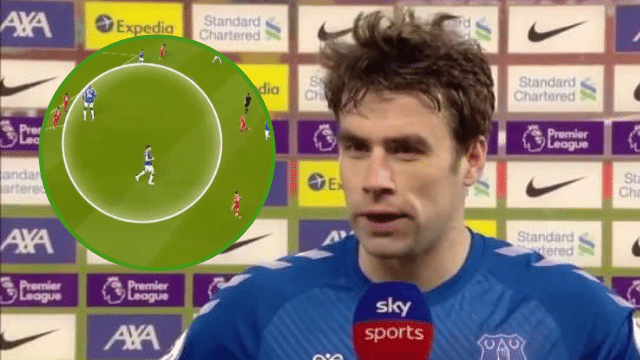 Football
5 days ago
By Gary Connaughton
Watch: Sadio Mane Had Hilarious Post-Match Interview Moment After Villa Goal
Football
1 month ago
By Donny Mahoney
Spurs Fans Rage At Matty Cash Tackle As Matt Doherty Ruled Out For The Season
Football
1 month ago
By Gary Connaughton
Paul McGrath's Acceptance Speech For PFA Award Perfectly Summed Up The Man
Popular on Balls
GAA
3 days ago
By PJ Browne
Mayo's Padraig O'Hora Using Football To Promote His Real Passion
Rugby
1 day ago
By Colman Stanley
'That Pace, That Intensity, That Organisation' All Black Legend Has High Praise For Leinster
GAA
1 day ago
By PJ Browne
Jim McGuinness's Gut Tells Him Dublin Will Win The All-Ireland
The Rewind
2 days ago
By Eoin Harrington
Watch: Brilliant Dermot Morgan Dublin Segment From 'The Travel Show' Resurfaces