Atletico Madrid will spend the next few months preparing to face Manchester United in the Champions League last 16 but, if reports are to be believed, they may do so with a current United player in their squad.

Anthony Martial has struggled for game time at Old Trafford this season and, with rumours circulating that the Frenchman wants out, Atletico seem poised to strike.

Monday's Champions League draw initially saw Manchester United drawn to play French giants PSG, with Spanish champions Atletico Madrid to host favourites Bayern Munich. However, due to a "technical issue", UEFA were forced to redraw the last 16 ties, with United and Atletico drawn to face each other.

There is already an element of old familiarity to the tie, with Manchester United goalkeeper David de Gea having joined the club from Atletico in 2011. On Tuesday, Eurosport reported that Atletico are seeking to snag one of United's stars in return, with their sights set on Anthony Martial.

According to Dean Jones, the defending Spanish champions have been tracking Martial for some time.  It's said they will reach out to United ahead of the January transfer window to learn more about his value.

It is also suggested that a swap deal may be on the cards, with Atletico expected to ask Manchester United if there are any players they would be interested in taking the other way. Given the English club's long-term interest in right-back Kieran Trippier, such a deal might be the way forward.

Martial arrived at Manchester United to much fanfare in September 2015, and when your debut involves scoring a belter solo goal against Liverpool, it would have been hard for fans not to get excited.

The Frenchman has disappointed in recent years, however, and has fallen out of favour since the beginning of last season.

The arrival of Cristiano Ronaldo and Jadon Sancho over the summer has only dropped Martial further down the pecking order at Old Trafford, with Marcus Rashford, Mason Greenwood, and Edinson Cavani all being given more opportunity to impress this season.

Anthony wishes to leave the club in January. He just needs to play. He doesn't want to stay in January and I will speak to the club soon.

New Manchester United manager Ralf Rangnick commented on those remarks and encouraged Martial to speak to him in person if he has concerns over game time.

It will be fascinating to see which of these teams - if either - Martial is lining out for come February 23 and the first leg in Madrid. 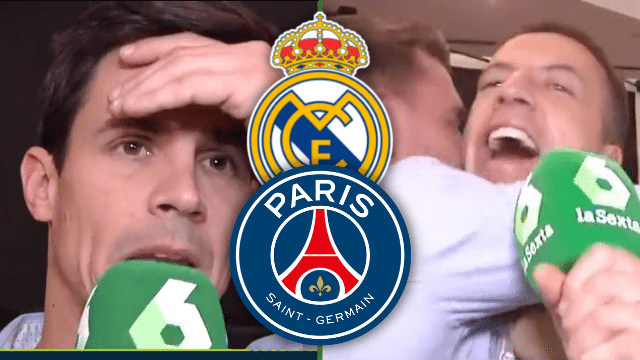