The Arsenal calamity goes on and on.

A manager hanging on by a thread, five games without a win, a former captain in an open war with his own fans, and now, a new captain already at war with the club over his relationship with those fans.

It's fair to say Pierre-Emerick Aubameyang has been one of the few shining lights for Arsenal fans in recent years. His appointment as captain was seen as a way of appeasing fans after they demanded that Granit Xhaka lose the honour after their bust up.

Now, Aubameyang has sent a very clear message to the club and his teammates after a report that claimed that some are concerned about his friendship with "Troopz" of Arsenal Fan TV.

Aubameyang is believed to be good friends with Troopz and has invited him to the executive box at the Emirates on a number of occasions. People at the club are unhappy with the relationship, especially as the striker has liked posts from AFTV criticising Unai Emery and the calling for the sale of Xhaka.

According to The Athletic, the appointment of Aubameyang as captain was not universally popular in the club or the dressing room with the AFTV situation being the main issue.

On international duty with Gabon, Aubameyang was unequivocal in his response on his Instrgram Stories last night, leaving Arsenal, their players and their fans in no doubt how he would react to any further mention of who he talks to or spends his time with. 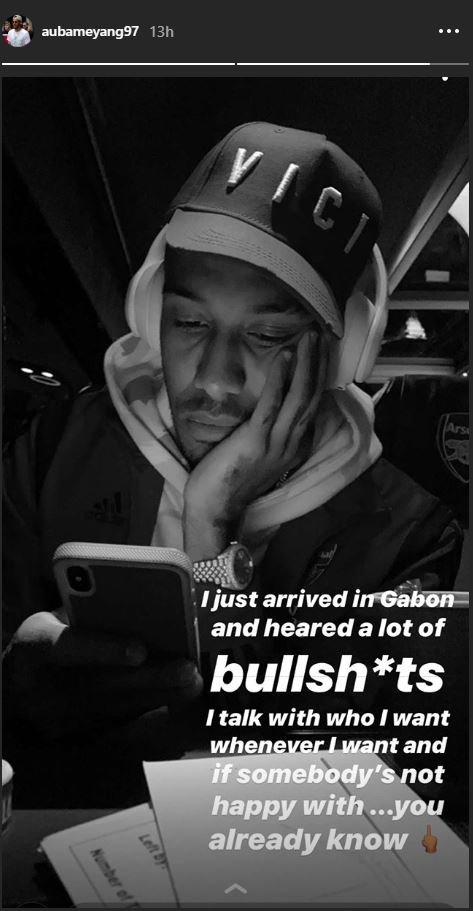 SEE ALSO: Raheem Sterling Dropped By England After Another "Disturbance" With Joe Gomez