The Champions League returns tonight - but the away goal rule has been scrapped from the Round of 16 going forward. In May, as the news of the scrapping of the rule was announced, we found the perfect explanation for why the rule should stay

Omar Chaudhuri of Twenty First Group posted a long thread in February 2019 breaking down the numbers behind the away goals rule - and his chief takeaway was that it does indeed amplify the excitement of the knockout stages, both in the Champions League and Europa League.

I’ve seen that UEFA are looking to scrap the away goals rule. I think this is a bad idea; despite being a bit of an anachronism, it makes two-legged knockout football more interesting. Here’s why! (thread – all stats for the Champions League since 2003)

Chaudhuri leads by pointing out that the away goals rule does not lead to overly cautious play, with similar rates of 0-0 draws in knockout first-legs as in group stage games.

First, let’s reject the idea that the AGR encourages goalless first legs. First legs in the knockout stages have been 0-0 draws 10% of the time. This is the same rate of 0-0s as in group matches between teams who finish 1st and 2nd in their groups (9.6%).

Omar then went on to break down the percentage of drawn ties that were decided by away goals and neatly surmised that the absence of the rule would lead to more games dragging on through extra-time and penalties.

Anyone who watched Wednesday's Europa League final between Man United and Villarreal will attest that, though the penalty shootout was enthralling, the 120 minutes of football leading up to it were dire to watch - and we'd have to contend with much more of that if away goals is done away with.

I personally don’t tend to find extra time that interesting. 13 out of 21 matches that went to extra time were goalless (and, from memory at least, usually pretty boring) and therefore went to penalties. Why would you want more of that?

But Chaudhuri's arguments pivot back to the strongest pro-away goals argument: the rule makes knockout football more exciting. The rule means that games can pivot from side-to-side despite the two-legged nature of the knockout stages, an element that would be completely taken away if away goals were removed.

In the vast majority of football matches, a goal can at best turn defeat into a draw, or a draw into a win. But the away goals rule provides dramatic, knife-edge moments that you just don’t get in other league or knockout football.

There is no other circumstance in football whereby a team can convert a losing position directly to a winning position, and the loss of that element of intrigue would be the biggest casualty of the change to the away goals rule.

It's funny that Chaudhuri's thread came at the beginning of the 2018-19 Champions League knockout stages, a season with several all-time classic Champions League moments defined by away goals.

Without away goals, Marcus Rashford's late penalty in Paris for Man United would have taken the game to extra-time, rather than sealing a dramatic comeback win. Tottenham progressed from the group stage, quarter-finals, and semi-finals all on away goals, with all three of those sealed in the closing stages of decisive games from losing positions.

That 2019 quarter-final triumph for Spurs - against Man City - came in a classic game against Man City, which finished 4-3 and saw the balance of power shift four times side-to-side because of the away goals rule. The game would obviously still have been exciting, but there's also the argument that the presence of the away goals rule encourages teams to chase the game more and more.

Chaudhuri's thread has gone viral after being shared by Jamie Carragher on Friday night, and his Twitter notifications have been unexpectedly packed in the past 24 hours, as the two-year-old thread has suddenly been recirculated.

Regardless of how fans feel, it looks like UEFA have decided to scrap away goals, but both the statistics and the historical examples from the Champions League would suggest that the competition will be worse off for their absence from next season. 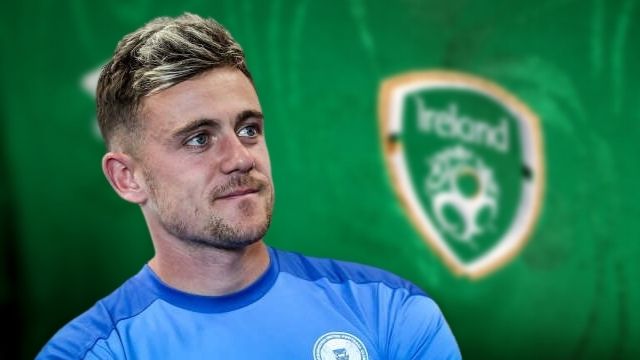 Football
3 months ago
By Eoin Harrington
PSG v Real Madrid Had Fans Crying Out For The Away Goals Rule
Popular on Balls
Rugby
1 day ago
By Colman Stanley
'I Think Munster Softened Them Up For Us': Sexton Not Carried Away After Clincial Leinster Win
GAA
2 days ago
By PJ Browne
Mayo's Padraig O'Hora Using Football To Promote His Real Passion
Rugby
15 hours ago
By Colman Stanley
'That Pace, That Intensity, That Organisation' All Black Legend Has High Praise For Leinster
The Rewind
1 day ago
By Eoin Harrington
Watch: Brilliant Dermot Morgan Dublin Segment From 'The Travel Show' Resurfaces