Variety is the spice of life, and the same could be said for transfer rumours.

You want big money moves, young players on the go, loan deals, free transfers, even swap deals on the menu. Thankfully, today's transfer rumours have all those in spades.

(A reminder that, as always, the Balls Bullshit-O-Meter measures the validity of a transfer rumour with its scientifically approved formula of measuring the smell of the bullshit emanating from the morning reports. A "1" is a fresh meadow, with a "10" setting off nuclear toxicity alarms throughout the land.) 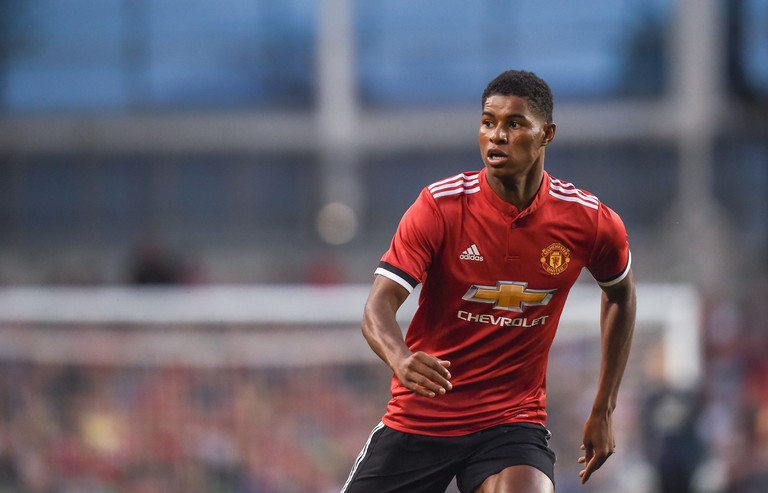 Now this is a spicy transfer rumour. According to SPORT, Rashford is Barcelona's top target this summer, alongside Matthijs de Ligt. The rationale behind Barcelona's pursuit is that Rashford is stalling over a contract extension, with only a year to run on his current deal.

However, Rashford doesn't seem to be part of Ole Gunnar Solskjaer's purge on his United squad. Plus, as SPORT state, this summer are aiming to be in the buyer's market, rather than become a seller.

A transfer away from Lille is “fast approaching” for Nicolas Pepe and Liverpool are “very hot” on the player.

Liverpool are said to have “moved up a gear” and are very close to matching the €80m fee the French club are demanding for Pepe’s signature. [L’Equipe] pic.twitter.com/GdTj8s1zzJ

Ivorian Nicolas Pepe could be on his way to Liverpool, according to L'Equipe. Manchester United, Spurs and Arsenal are all interested in Pepe, but Liverpool are said to be in pole position to land the player.

Pepe was also subject to a €70 million bid from Inter Milan, which was also reported by L'Equipe. However, Lille are holding out for upwards of €80 million for their star man.

SWAP DEAL ALERT! Well, not exactly, but according to The Mirror, Everton want Danny Rose AND cash for the French international. This rumour has drawn the ire of Everton fans, however the amount of money needed to sign Digne was never stated.

Also, with four years left on his Everton deal, coupled with Rose being back in favour at Spurs, the chances of this deal going through are slim.

Bullshit-o-meter: 9/10 - you may need to crack several windows

Tottenham's ability to sign Fernandes may be dependent on the future of Christian Eriksen. Likewise, Liverpool may wait to see what happens in a deal for Nicolas Pepe. In conclusion, Bruno may end up bound for Old Trafford.

Sporting CP's midfielder Wendel is on the radar of Borussia Dortmund, according to Record. Dortmund have been scouting the Brazilian at the Toulon Tournament, where he scored in a 4-0 victory over Guatemala.

If the Dortmund scouts are around on Sunday for Ireland's match against Bahrain, we could see a few of Stephen Kenny's charges become BVB targets.

Following on from a successful six-month loan at Leicester last season, Belgian international Tielemans has said that the chances of him returning to Monaco are 'slim'. Speaking ahead of Belgium's European Championship Qualifier against Kazakhstan, the midfielder has also said that he is 'flattered' by interest from Tottenham and Manchester United.

However, Tielemans hasn't closed the door on a potential return to the King Power. With news that James Maddison is set to stay, per The Sun, Leicester may not have the financial muscle to compete with United and Spurs for the Belgian's signature. Therefore, don't expect the Belgian to be a Fox next season.

It's nice to know Javi Gracia plays Football Manager. The first element of every Football Manager save is simple, suss out the free transfers. Ochoa, with over 100 caps for Mexico, is the perfect signing in that regard. Out of contract at Standard Liege, Ochoa has piqued the interest of his former Malaga manager Gracia, according to Mexican outlet Récord.

With Heurelho Gomes' retirement, Ochoa's experience could give Ben Foster much needed competition for the Number 1 jersey at Vicarage Road.

This may be the least surprising transfer rumour ever. Rondon spent last season on loan at Newcastle, where he won the club's Player of the Year award. However, talks on a permanent deal have stalled, which has given Fenerbahce a chance at landing the Venezuelan.

Turkish outlet Ajansspor reported that Fenerbahce are continuing the trend of decent Premier League strikers moving to the great career graveyard by the Bosporus. You love to see it.

SEE ALSO: Here's The Ireland Team We Think Should Start Against Denmark