Despite the international fixtures and a Women’s World Cup on the horizon, sometimes it would seem that transfer rumours are the only thing that matters at this time of year.

Here at Balls, we aim to see through the conjecture. Hence, we introduce to you: The Bullshit-o-meter. We analyse each rumour with our keen noses and tell you just how bad the bullshit smells, and assess how likely your club are to land their man.

The Bullshit-o-meter will deliver you a tiered rating on how likely a transfer is to occur, from 1 (Eden Hazard to Real Madrid) to 10 (Antoine Griezmann to Longford Town).

BREAKING: Swansea City winger Daniel James is having a medical with Manchester United today, according to Sky sources.

Ole Gunnar Solskjaer’s first signing as Manchester United manager looks set to be Daniel James, as Sky sources have revealed that the Welsh winger is undergoing a medical before a £15 million move.

The Welsh international arrives after a breakout season in the Championship, although this move to United isn’t James’ first potential move of 2019. In January, James was set to move to Leeds United in a £10 million deal, only for Swansea to pull out of the deal at the last minute. Hopefully Ed Woodward isn’t taking tips from Leeds’ negotiators.

With Gianluigi Buffon failing once again to win a Champions League medal, the Italian was subsequently released by PSG. As a replacement, PSG are eyeing up David de Gea according to ESPN.

De Gea’s poor form at the tail end of the season, coupled with his ubiquitous presence in transfer rumours around this time of year, make him an obvious player for PSG to target. Although United are looking at Lille ‘keeper Mike Maignan as a potential replacement, chances are de Gea stays at Old Trafford.

After agreeing a deal with Real Madrid during the winter, only for injury to scupper the deal, Arsenal have emerged as frontrunners in a deal for Exequiel Palacios from River Plate.

Palacios says he is ‘proud’ of being linked with both Arsenal and Real Madrid. Plus, with a release clause of £18 million, he could represent a bargain for Unai Emery. However, Arsenal may have to unload the likes of Mesut Özil and Shkodran Mustafi first before funds are freed up.

Mbwata Samatta (Genk to Half the Premier League)

The Tanzanian striker is a popular lad. His goals for Genk last season have led to interest from an array of Premier League clubs.

The likes of Brighton, Aston Villa, Leicester City, Watford and Burnley are all interested in the 26 year-old.With this amount of interest, Samatta looks set for a debut in the Premier League next season, but god knows where he’ll call home.

Schalke are currently working to sign Everton rightback Jonjoe Kenny on loan with an option to buy. Both Jochen Schneider and David Wagner are confident the 22 year-old will provide immediate competition with Daniel Caligiuri. [Bild] #S04 pic.twitter.com/XORGDSDjpR

English players moving to the Bundesliga is now en vogue. At the fore of this movement are wingers like Reiss Nelson and Jadon Sancho.

Burnley and Crystal Palace are also interested in the young full-back Kenny. However, a loan move to Schalke looks like a far more exciting move for England Under 21 international.

Another departure from Goodison Park, Phil Jagielka was released by Everton after 12 years of service and one cracker against Liverpool.

A move for someone of Jagielka’s vintage, the defender is now 36, is one you would expect Celtic’s Glasgow neighbours to make. However, Jagielka could bolster Celtic's defence, with The Hoops also eyeing a move for Sheffield United's George Baldock.

However, Jagielka could instead return to Bramall Lane for Sheffield United's return to the Premier League. 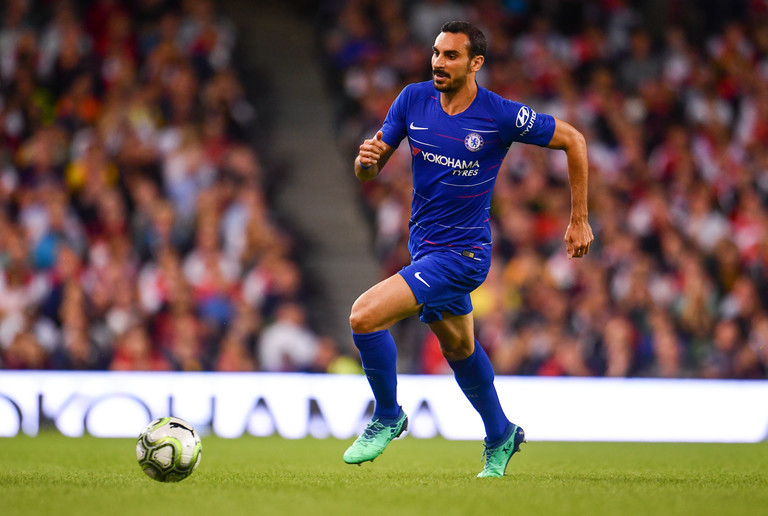 Chelsea paid Torino £25 million for the Italian wing-back in 2017. Is it any wonder why Chelsea are being sanctioned under Financial Fair Play?

With Zappacosta’s Torino boss Gianluca Petrachi about to become Roma's manager, the rumours suggest this could lead the way for Zappacosta's move.

The move could hit a snag if Chelsea try to recoup anywhere near the amount of money they paid for the Italian international. It could also falter if Roma decide to watch any matches Zappacosta has played in throughout the last 18 months.

Alexis, my dear boy, welcome to the Modibo Maïga playhouse. Strikers that move from France to West Ham rarely have much success, apart from Diafra Sakho (before he was frozen out of the team).

Claude-Maurice is also a target for Arsenal, where young French players have traditionally gone to waste their potential. It’s hard to know what’s more appealing, that or the chance to become the new Frederic Piquionne.

SEE ALSO: Why Christian Eriksen's Transfer Admission Could Be Bad News For Ireland

Football
1 week ago
By Gary Connaughton
The Influence Of The Irish: International Football Clubs Who Owe Their Heritage To Ireland
9