2012 was a mad, mad year for Irish sport, the kind of eventful, heartbreaking year we may never see again. To commemorate it, Balls.ie writers Xavier McDaniel, PJ Browne, Paul Ring and Cian Tracey have offered their reflections on the year that was.

Celtic's Champions League heroics against Barcelona, kings of Europe was unquestionably one of the sporting moments of 2012. Having come so close to claiming a point at the Camp Nou, Celtic were cruelly denied by a late Jordi Alba goal. For those that thought that this was a mere freak occurrence, they were proved wrong two weeks later when the Scottish club went one better and took all three points from the reigning champions. It was fitting that this - one of the most memorable nights in the club's long and illustrious history - came on the day of their 125th anniversary

Unless you are a regular follower of the SPL, the name Tony Watt wouldn't have meant a great deal to you prior to that brilliant night at ParkHead. The 18-year-old, a £50,000 signing from Airdrie, put Celtic 2-0 up which sent the home crowd into raptures. The delirium was cut short momentarily when Leo Messi pulled one back late on but Neil Lennon's side weren't to be denied a famous win that left Rod Stewart bawling. And few could argue that they fully deserved it. CT

#19 Every moment of Paddy Barnes 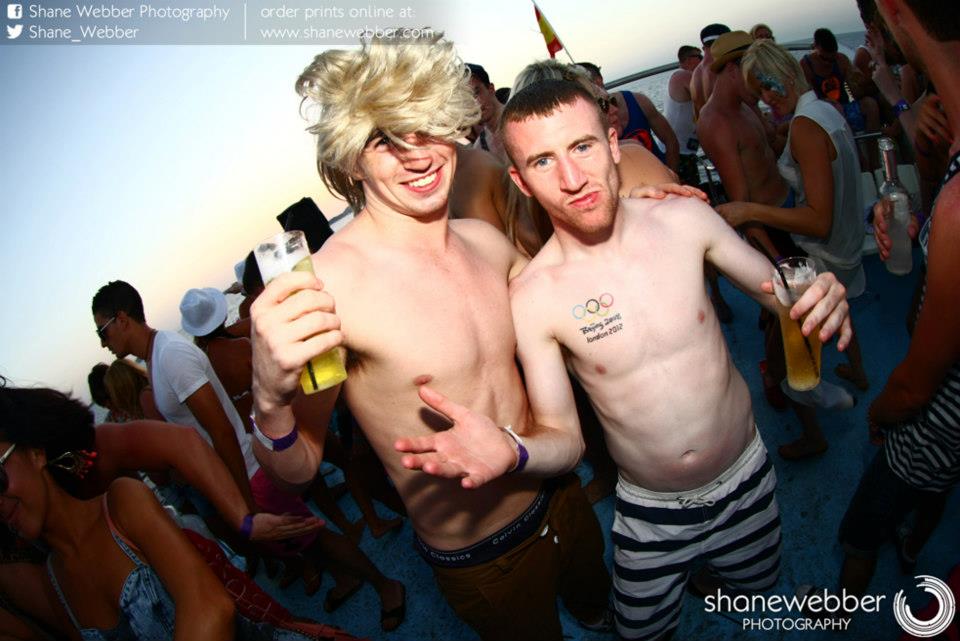 The stage is set. An epic Heineken Cup semi final between Leinster and Clermont Auvergne is running into the closing stages with the Irish side holding a slender 4 point lead. Clermont need a try. They battle and bruise their way just short of the Leinster line. There is just over two minutes remaining on the clock. Morgan Parra pops the ball to the onrushing Wesley Fofana who is coming onto the ball like a steam train. There is no way he is going to be stopped from so close. As he crashes over the line, the Clermont players and supporters are celebrating as if they have just won the competition. Referee Wayne Barnes checks with the video referee.

No try. Replays show that Fofana inexplicably fumbled the ball just as he was about to ground it. From cloud nine, Clermont are brought crashing back down to earth. Leinster somehow withhold the Clermont barrage and win the game 19-15 which sends them through to the final which of course they went on to win. The devastation that was etched on the face on Clermont coach, Vern Cotter spoke volumes of just how close they had come. And just last week after his side's victory over the same opponents at the Aviva stadium, he spoke of the hurt that is still there: "Last season we lost the semi final in Bordeaux and goodness knows what would have happened had Wesley scored that try. It was just a question of centimetres. and we usually talk about inches in this game." CT

A lot of people find it hard to like Ian Poulter, he can be seen as a preening peacock more concerned about how he looks than how he plays. His comments in his earlier years about when he is form there would only be him and Tiger Woods seemed to copperfasten a label of a player who talked the talk but never walked the walk.

Well, in Ryder Cup terms Ian Poulter has walked the walk. Big time. He has been the beating heart of the Europe team for the past three tournaments. The image of him, veins popping, eyeballs bulging as he reeled off five consecutive birdies as dusk settled on the Saturday of this year’s Ryder Cup to keep Europe in the match was the defining one of what came to be: the miracle of Medinah. PR

Even our vaunted chief executive got in on the act for who could forget the pictures or the videos of John Delaney living it up with the lads. Ties were strewn across Poland and in a couple of houses across the country today, a pair of John’s shoes are tucked away somewhere with the feint smell of Lech still hanging over them.

What the hell will the people of the future be thinking when they watch 'Reeling in the Years 2012' fifty years from now and hear both the winning gaelic football and hurling captains incorporating 'Jimmy's Winning Matches' into their victory speeches? We've written about almost every aspect of JWM since being the first Irish website to post it back in August. We knew then it would be performed on 'Up For The Match' - it is after all, the greatest GAA song ever penned - but God, we never could have dreamed that the faux-reggae song about 'Lacey-man' and 'Murphy-man' would achieve total and utter GAA ubiquity. We'll find out next year if the song has become an eternal GAA anthem. Our over-riding hope is that someday Jimmy himself will get the visa required to travel to Donegal and perform the song. For us, the genius of JWM will always be that original video shot on a Lanzarote beach, featuring a topless woman and the simple joy of hearing someone namecheck loads and loads of Irish placenames. XMcD

Chelsea's first ever Champions League triumph in 2012 will never be forgotten. But perhaps the most long lasting memory from that night in Munich was of the suspended John Terry deciding to put on his full ket (shinguards included) and helping to lift the trophy that he very nearly cost his team winning. In the second leg of Chelsea's semi final against Barcelona, the Chelsea skipper mindlessly kneed Alexis Sanchez in the back for what was one of the most ludicrous red cards you're ever likely to see. Not only did the Chelsea 'lionheart' cost them Champions League glory in 2008 with his now infamous penalty miss against Man United in Moscow but he left his side with a huge ask to go through to the final.

Terry's decision to don his full kit was laughed at from those around the world. No one would deny him in getting in on the celebrations but the fact that he chose to go as far as putting on shinguards, spoke volumes about the man. But not that we're complaining. Terry provided us with endless photoshop opportunities, some of which have provided the funnier moments of the past year. CT

Back in late January, horse trainer Peter Casey won his first ever grade one race when Flemenstar was victorious in the Frank Ward Solicitors Arkle Novice Chase at Leopardstown.

His interview with Tracey Piggott was what made the headlines though when he declared live on RTE that he was going to have "fuckin' sex and everything" that night.

It was great to see an Irishman so unabashed about his sexuality.

He even made it to American sports site, Deadspin. PJB

Irish men are well-known for being hesitant to shown their emotions but that was not the case with Mark and Martin McHugh in the moments after Donegal's All-Ireland Final victory against Mayo.

The father and son let their elation be known in a heartfelt embrace.

20 Years previous Martin McHugh had won an All-Ireland with Donegal. It came full circle back in September when Mark McHugh was a major cog in the Donegal football machine. PJB

The summer’s festival of sport at London 2012 had highlights nearly every day. Superstars conjured up life affirming performances on the biggest stage possible. Usain Bolt confirmed his legend status, Michael Phelps climbed onto his own Olympian pantheon. Mo Farah captured the hearts of any who saw him, yet it was a quiet Kenyan that for this fan at least stole the show.

David Rudisha’s performance in the 800m final was nothing short of astonishing. He beat his own world record when the pressure to do so was at its most intense and he did it with a savage grace. He visited Cork earlier this year and those who were lucky enough to meet him spoke of a humble man with a big heart. One of sports good guys and one of sports greats.PR

Football
6 months ago
By Sean Meehan
Quiz: Name Each Member Of Ireland's Major Tournament Squads
Football
3 years ago
By Daniel Kelly
Leo Varadkar Has Forgotten He Attended Ireland's 4-0 Hammering To Spain At Euro 2012
Football
3 years ago
By Gavan Casey
Keith Andrews Gives Extremely Revealing Explanation As To What Went Wrong At Euro 2012
Popular on Balls
GAA
23 hours ago
By Balls Team
Remembering Marty Morrissey's Pre-Match All-Ireland Commentary That Had Us In Tears
3