Ten years on and the wound has hardly healed. In a decade that would feature two appearances at European Championships (and a third if we can secure a win against Denmark tonight), the World Cup heartbreak from Paris still lives on.

It was on this day ten years ago that Thierry Henry would ensure his place in footballing infamy, with his handball securing France's passage to the 2010 World Cup at Ireland's expense. It was an incident which sparked outrage in not only this country, but all over the globe.

Henry was vilified, with his integrity questioned. Mark Ogden of The Telegraph wrote:

“Take a look at his post-match ‘confession. Henry said, ‘I will be honest, it was a hand ball. But I’m not the referee. I played it, the referee allowed it. That’s a question you should ask him.’

"Well done, Thierry. Not only do you bend the rules to breaking point, you then blame somebody else for letting you get away with it!”

Tony Banks of The Express was equally cutting in his analysis, stating that Henry had irreparably damaged his once gleaming reputation:

Former Arsenal legend Henry is still regarded as a hero in Britain after his exploits at Highbury but his reputation will be in the gutter now after one of the most blatant pieces of cheating seen on a World Cup pitch...

A legend in the game until now, Henry’s reputation stands in tatters. France, booed off by their fans at  half-time and cheered more in relief than anything at the end, will be in the finals. But no team can have got there more fortunately. 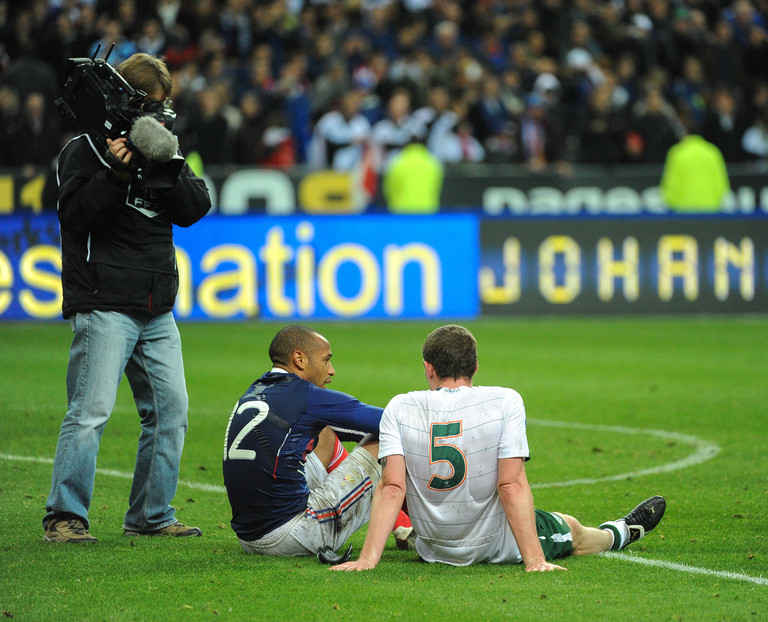 "Jour de gloire? Day of infamy more like. France cheated their way on to the last flight to South Africa. Thierry Henry handled not once, but twice in setting up William Gallas’ goal that broke Irish hearts and all rules of sporting justice at the Stade de Fraud on Wednesday night...

"How easily he will sleep after this remains to be seen. What was particularly galling was the way the France captain celebrated the goal so exuberantly. Shameless."

The Guardian took a moment to reflect on the feelings of Irish supporters, who a fourth World Cup appearance cruelly snatched from their grasp:

"Born on a wave of tears, righteous indignation and flat Guinness, thousands of dejected Irish football fans were arriving home from Paris today to a country united in fury and mourning over its controversial ejection from the World Cup finals next summer."

Former Ireland international Tony Cascarino didn't mince his words in his column for The Times.

Thierry Henry is an insincere cheat who has tarnished his reputation for good.

When we reflect in years to come on the career of one of the finest strikers the game has known we will have to put his handball against Ireland right up there with all the great goals he scored.

Dominic Lawson seemed to aim a dig at the mentality of the Irish in The Sunday Times:

"[Ireland] has taken on the role of unjustly oppressed victim – something the Irish do well, having had several centuries of practice" 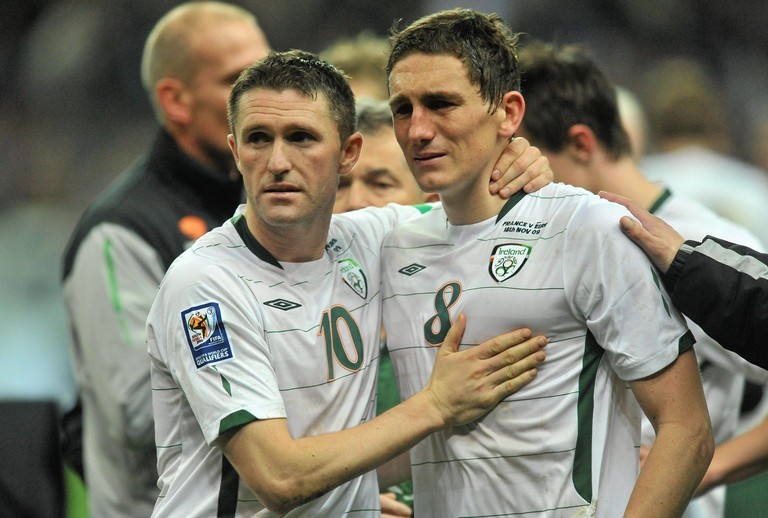 The French media were largely sympathetic to Ireland, L'Equipe said:

It was a miracle the French team had survived as long as it did in the game, with its child-like passes and the very average performances from its players. No game has been so eagerly anticipated and as monumentally ballsed-up as this one in a very long time...

Of course there is a hand but we're qualified - the fact that it was in difficult circumstances only makes us appreciate it more.

Le Parisien were even more cutting, saying that the incident had cause for the French to be ashamed of their national team:

Yes the French are through to the finals but the lasting impression left by this side is less than convincing after the playing against an Ireland side who without a doubt did not deserve what they got.

Between now and 11 June the French side have a lot of work to do...

The handball of Henry has brought a decisive contribution to the theme 'being French is being ashamed of one's national team'.

Former France international Bixente Lizarazu was speaking on TV station TF1 after the game, saying he took no pleasure in France reaching the tournament:

"We're going to go to the World Cup, but we go to the locker-room with our heads bowed. It was not something to be proud of. I'm not going to party."

While much of the blame was placed on Thierry Henry for the incident, referee Martin Hansson was also pummelled by sections of the media. 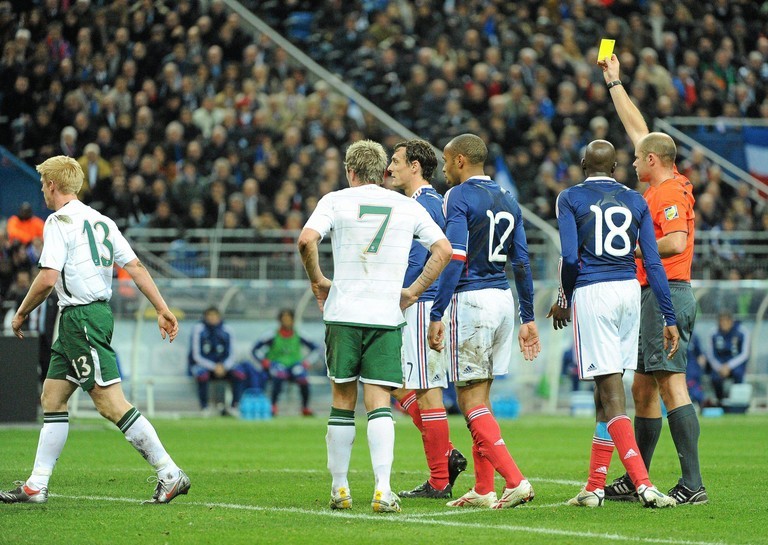 Perhaps the most cutting comments would come from his own country, where Swedish newspaper Aftonbladet were quick to place blame on the officials' shoulders.

There are approximately 80 million Irishmen around the world. We guarantee they all feel pretty bad today.

But I sincerely hope there are three Swedes who feel even worse. They are Martin Hansson and [referee's assistants] Stefan Wittberg and Fredrik Nilsson...

There will be no World Cup for Ireland and I assume that Team Hansson has also forfeited its right to continue to take charge of major international matches.

Anything else would be a further insult to the Irish nation.

SEE ALSO: Ireland Guaranteed Euro 2020 Playoff Place If They Do Not Beat Denmark