The Premier League 'Player of the Month' award began in 1994, when Jurgen Klinsmann was named the inaugural trophy bearer.

After Katie McCabe's WSL Player of the Month scoop for October, it led me down the rabid path of finding every Irish recipient over the years.

Since its inception, Irish players have won the spoils six times. On five of those occasions, the Irish players shared a surname. Keane.

However, before there was Keane, there was Evans. Southampton man Mickey Evans was the first Irish player to win the award in April 1997.

Mickey Evans was given the Only Fools and Horses moniker of 'Trigger' while playing club football as a youth. He grew up in Plymouth, England, where he'd go on to play a good chunk of his career.

At 17, he'd go on to feature for Plymouth Argyle's first-team after being on the books of their academy. Evans helped Plymouth to promotion from the Third Division.

With more eyes on him in the equivalent of the Championship now, it wasn't long before his talents were spotted. Graeme Souness brought Evans to Southampton in March, 1997.

Bringing Evans in so late into the Premier League season was obviously an act of desperation - as the Saints were bolstering their attacking options in order to fight relegation.

Southampton had suffered back-to-back losses in March to Arsenal and Chelsea, who were top six teams that season. Evans was brought on as a substitute in a home draw with Leicester late in the month.

On the 5th of April 1997, 'Trigger' would put in a performance that would cement himself a club legacy at The Dell. They travelled to Nottingham Forest desperate for a win.

With two more goals in April 1997, Evans kept his side in the top flight and was awarded the Premier League ‘Player Of The Month’ trophy.

It was a huge game for Southampton. Jim Magilton opened the scoring for The Saints before Evans was deployed once again as a second-half substitute.

He managed to score his first goal for the club late into the game, before a Stuart Pearce penalty a minute later sent some worry for Graeme Souness and co.

Fear not, as a half-way line run from Mickey Evans landed him on the end of an Eyal Berkovic pass. He slotted the ball pass Forest keeper Mark Crossley to seal the win.

Many have called it Evans 'greatest game' in a Southampton shirt, but the job was far from done. A 1-1 draw with Derby a week later meant they needed to get three points on the board.

Evans continued his positive run of form into the next few games thereafter, with Souness opting to start him given his impact since signing at the club.

The future Irish international didn't let them down. Evans scored against West Ham and Coventry in the two games that followed to bolster their chances of survival.

Southampton would go on to save themselves from relegation, with many accrediting Evans with playing a huge part in them not going down.

The home fans took to Evans almost like a cult figure of sorts, wearing straw hats and having straw hanging from their mouths as a homage to his Plymouth country roots.

He was the recipient of the Premier League Player of the Month award for his efforts but his time at Southampton was short lived.

Mick McCarthy had seen Evans' impact in the Premier League and with some Irish blood in him, albeit born and raised in England, he was called up to the squad.

Evans was a feature in the Republic of Ireland squad that were to take on Romania in a 1998 World Cup Qualifier at Lansdowne Road.

As Ireland tried to stifle the impact of Romanian great Hagi, they couldn't take home a win that day, despite the efforts of goalscorer Tony Cascarino.

A 1-1- draw played out in Dublin and Mickey Evans was brought on for the goalscorer late into the game to earn his first Republic of Ireland cap.

It was to be Evans first and only cap at international level. He had fallen out of favour at Southampton a mere few months are keeping them up in the top flight.

Evans would go on to sign with West Brom a few days after his international exposure, where he would end up spending three seasons.

After a brief spell at Bristol Rovers, Evans came home to Plymouth after several injury-ridden years. A diagnosis of asthma was seen as a factor in fitness struggles over the years.

He played five more seasons at Plymouth Argyle, relishing a role as an experienced striker, holding up the ball and playing a vital role for his teammates.

Evans would later sign for Torquay in 2006 before calling time on his career midway through the season. He later set up his own construction company as his playing days were drawing to a close. 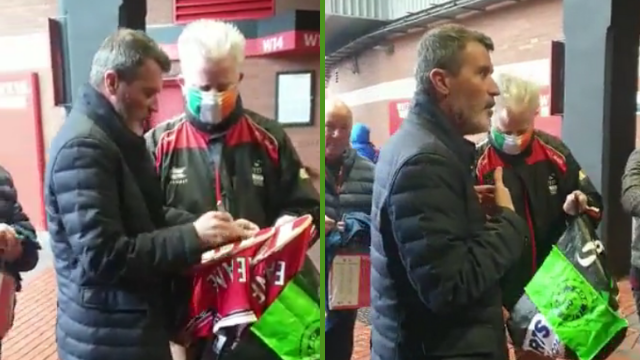