Balls Remembers: The Absolute Madness That Was The QPR Banter Era

If you look back at the history of each football club, there is usually one period that stands above all other as being a bit mad. In modern terms, this has become known as the 'banter era'.

Liverpool had one, Spurs had one, Arsenal seem to be coming out of theirs, Newcastle are still in it. They are something for supporters to look back and laugh at, but they're certainly not fun at the time.

All of those pale in comparison to what took place at QPR. Between the years of 2011 & 2015 the club was in turmoil. They spent big on some well-known players, but things were pretty much a consistent disaster. There were promotions, relegations, fights, big egos, huge wins, and quite a few hammerings.

It was like real life Dream Team. This incredible thread details everything in full, but we will give you the highlights.

It all began in the summer of 2011. After winning the Championship the season before, QPR were set for a return to the English top flight for the first time in 15 years.

It had been a relatively quiet summer in terms of transfers, that is until the final few weeks. The club was taken over by Malaysian businessman Tony Fernandes, who proceeded to pump massive amounts of money into the first team squad. 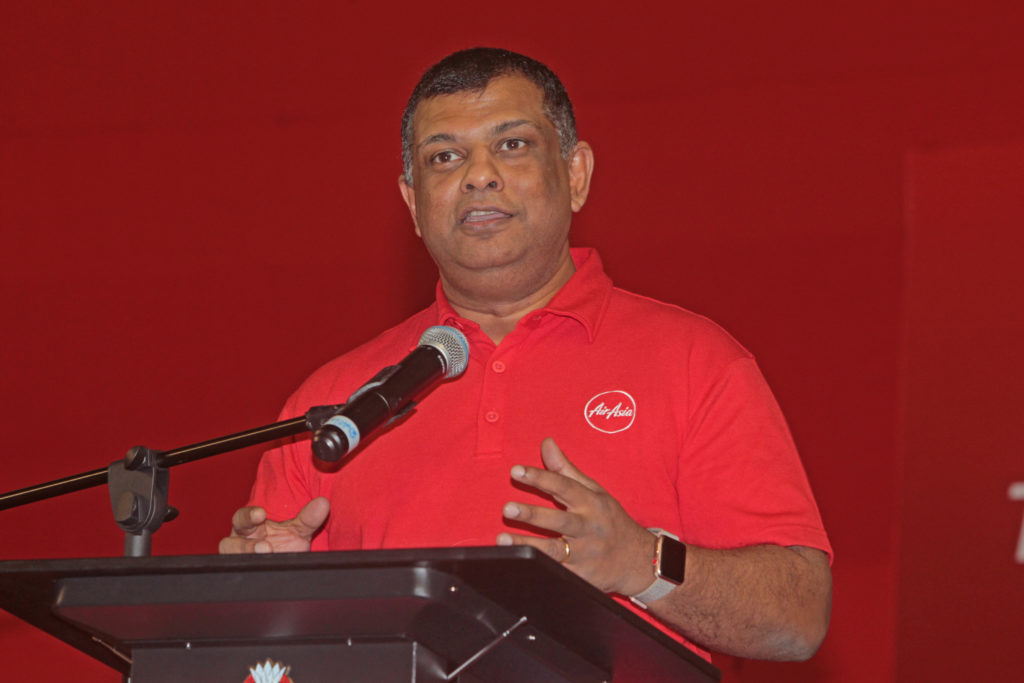 Richard Dunne would join the club in 2013, and while he was not there at this time, the same problems would persist throughout his spell at Loftus Road. Speaking to Balls earlier this week, he summed up the problem with QPR's transfer policy.

Every time they came up they just thought they could buy their way to success with players who have experience, have names, what you think are amazing footballers.

But when you put them together they don't gel because there’s too many egos.

They won two of their first eight league games, a spell which included a 6-0 hiding away to Fulham. Adel Taarabt stormed out of the dressing room at half time on that occasion and was seen waiting for the bus outside Craven Cottage.

QPR's first home win of the season came against Chelsea in late October, a game which would be marred by the racist incident between John Terry and Anton Ferdinand.

In late November, having won four of their opening 12 games, they faced a massive relegation six pointer away at Norwich. After Joey Barton give The Rs the lead, he goes on to head butt an opposition player and get the line.

They lose the game 2-1, and Neil Warnock gets the sack. He is replaced by Mark Hughes.

This was not the only case of a QPR player losing their head during that campaign.

Djibril Cisse (who joined in January alongside Bobby Zamora and Nedum Onuoha) would be sent off for grabbing a Wolves defender by the throat during a 2-1 loss. The Frenchman would either score or be sent off in every appearance that season.

Then of course, you have the most memorable moment of all. The Joey Barton rampage on the final day of the campaign.

With QPR set to deny Manchester City the title, Joey Barton went on a mad one. First he laid an elbow on Carlos Tevez, getting sent off in the process. Before exiting the pitch he also had time to knee Sergio Aguero up the arse and try and have a go at Mario Balotelli.

This was peak Barton, and peak banter era QPR.

In all, they would end the season with nine red cards, a Premier League record that still stands.

Somehow, despite all the dysfunction, QPR would manage to stay up. They won their last five home games of the season, a run which started with a 3-2 comeback win over Liverpool.

After hanging onto 17th place by the slimmest of margins, one would assume that the club had learned their lessons in the transfer market. You'd be wrong.

They added Christopher Samba, Loic Remy, Andros Townsend and Jermaine Jenas to that list in January.

After Mark Hughes saying the team would never fight relegation again under his management, and Julio Cesar saying he wanted to win the Premier League with QPR, they lose 5-0 to Swansea on the opening day.

In all, they would go 16 games without a win to start the Premier League, grabbing three points for the first time on December 15th. Harry Redknapp replaces Hughes in the midst of this run. 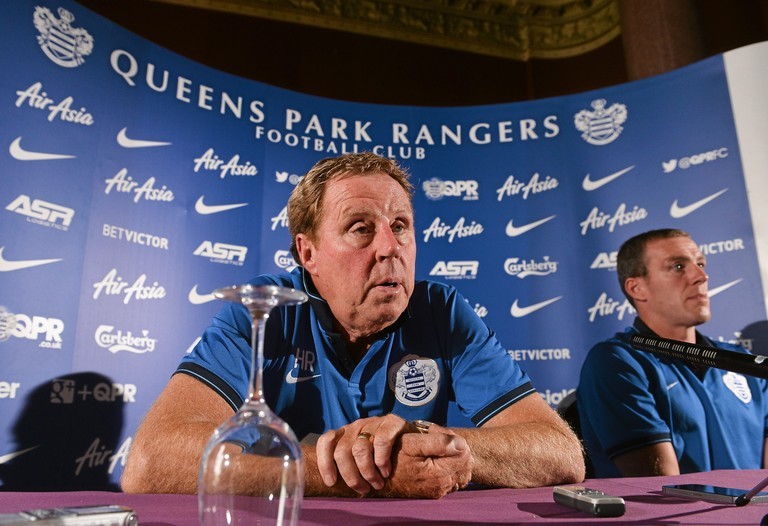 The whole season was a laughing stock. Here's some of the highlights (most of which involve players getting sent off):

They finish bottom with 25 points.

Their return to the Championship was relatively uneventful by QPR's admittedly high standards. Richard Dunne joins the club, and plays a huge part as they secure promotion via the play-offs.

Their return to the Premier League would produce familiar results. Richard Dunne explained to Balls:

The year we got promoted from the Championship we had a strong side and strong spirit. Obviously it changes when you go up, the manager brings in new players, there’s different ideas.

We played a new formation that we hadn’t played before really and it just all changed. We got off to an awful start, that was ultimately what finished us off.

QPR once again tried to bring in a number of well-known players after their promotion, including Sandro, Mauricio Isla, and Rio Ferdinand.

They would win only one of their first eight games. Richard Dunne believes that many of the big name players brought in were simply too old to compete at the highest level: 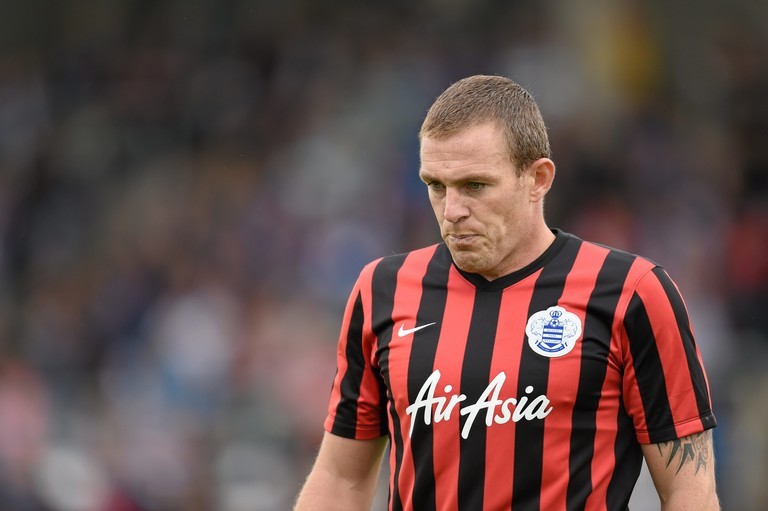 We were all too old, basically. We bought a lot of players. I think the first game of the season the back three was 105-years old or something stupid like that! There was me, Ferdinand and Clint Hill. It was ridiculous, but that’s what we were going into games with.

It was great having the experience, but we needed the legs, we needed the energy around the team. We didn’t have it. The manager had hoped that we would go a different way.

But when you have a lot of players with a lot of Premier League games behind them people will always have their own opinions about what went wrong and how things should work.

Their home form would give them a slight chance of staying up, but they wouldn't win a game away from home until February.

Harry Redknapp, probably sensing the writing on the wall, resigned in February due to knee problems. He obviously thought he was a left winger as opposed to football a manager.

They hire Chris Ramsey as his replacement, a man with no managerial experience. This was their form after the turn of the year.

They would finish bottom once again in the Premier League. They hadn't learned from their previous mistakes. Richard Dunne:

I think when you're in a difficult situation, you don’t need somebody to say ‘this is tough’. You need somebody to roll up their sleeves and get stuck in, not look at who’s fault it is and take the blame themselves.

You need to realise whatever’s happened and has happened, but if we don't all knuckle down together then we’re all screwed. I think what they got previously was individuals coming in, people who were looking after their own careers.

To be fair to the squad when I was there, we were all in it together. There were difficult times and we had plenty of injuries, but we stuck in it together. We just weren’t good enough, that was the final thing.

QPR have been condemned to the Championship ever since, crippled for many years by the financial mistake made in the Premier League. They haven't come anywhere close to being promoted.

Perhaps it is for the best.