May 8 is a very important day in the history of Irish football. For one, Jack Charlton was born on this day in 1935. For another thing, Ireland lifted silverware for the very first time in a major international tournament on this day in Perth in Scotland in 1998. 22 years ago today, Brian Kerr steered the Ireland U16s to victory in the UEFA Youths' Championship. A squad filled with seven future internationals - including John O'Shea and Liam Miller - shocked a true powerhouse of European football 2-1, and capped a truly dominant run in the tournament.

Ireland truly owned this tournament After drawing with hosts Scotland in the first group stage game, Kerr's kids beat Finland 2-0 and then put Spain away 1-0. Ireland then beat Denmark 2-0 in the quarterfinal and Portugal 2-0 in the semifinal.

Italy were the opposition in the final. Keith Foy opened the scoring for Ireland with a goal from a brilliant free kick. David McMahon's 57th minute goal turned out to be the winner, after Italy equalised in the 51st minute.

Brian Kerr was elated with the result and told the Irish Times:

"It's special for all the people who have been involved in schoolboy football around Ireland for the last 60 or so years.

"It's for the people, those who mark pitches, put up nets and wash gear and don't get the glory of a day like this.

"I'm sure, and hope, they feel it in their hearts. They are the people who initially provide us with the players to make this happen. I've done a spot of that and I know what it's like and know they feeling."

Kerr was especially proud to win the cup with a team with true geographical spread.

"We've lads from Limerick, Cork, Waterford, Clones, Sligo, Galway and Dublin, and Shaun Byrne from London," said Kerr. "We'd a great mixture of the whole lot and that should provide great joy around the whole country."

Two months later, Kerr would steer the Ireland U18s to victory in the UEFA U18 Championships in Cyprus.

Here's the two XIs that started the game.

David Maher of Sportsfile captured moments of unbridled joy after the match. 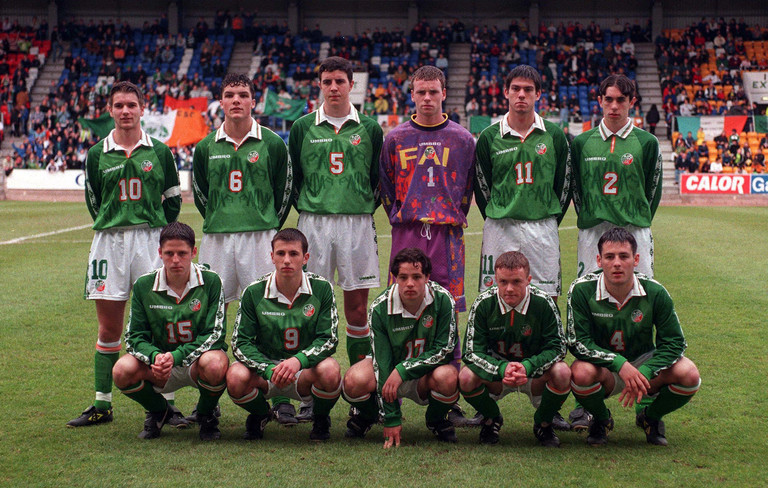 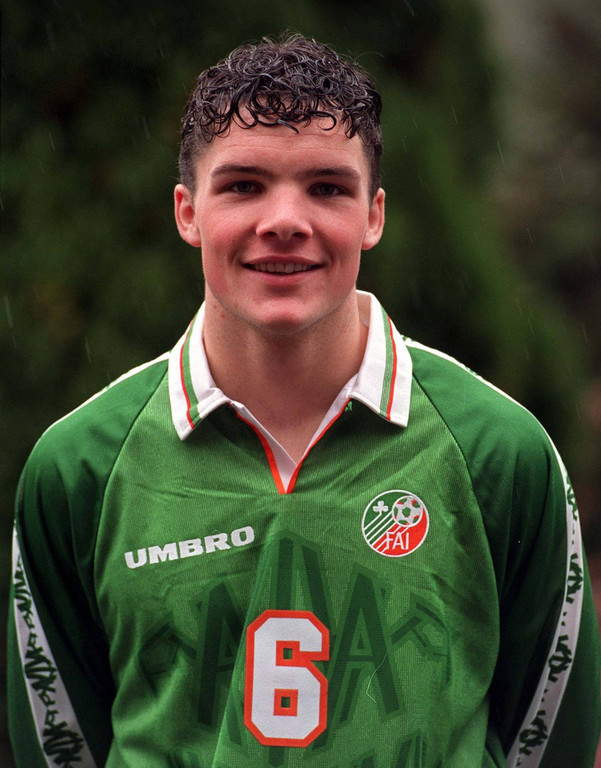 The final whistle celebrations between Brian Kerr and Noel O'Reilly 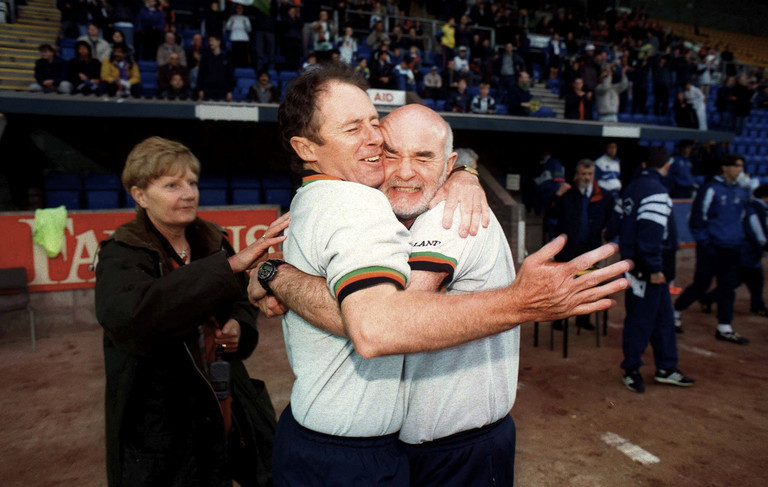 Shaun Byrne with the cup 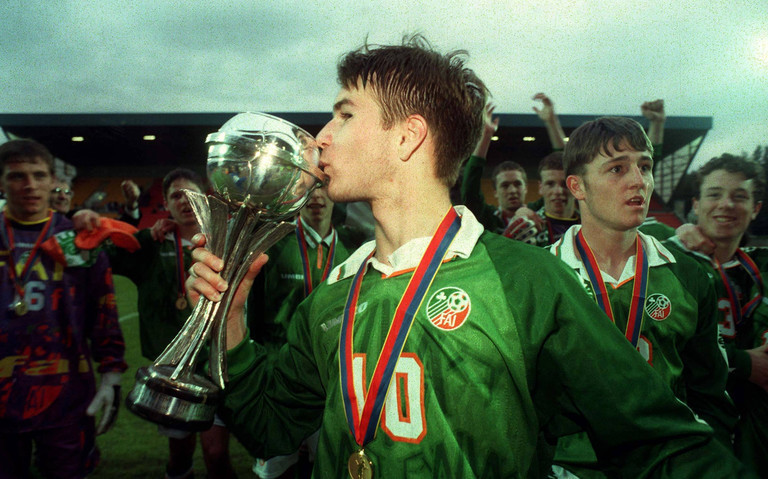 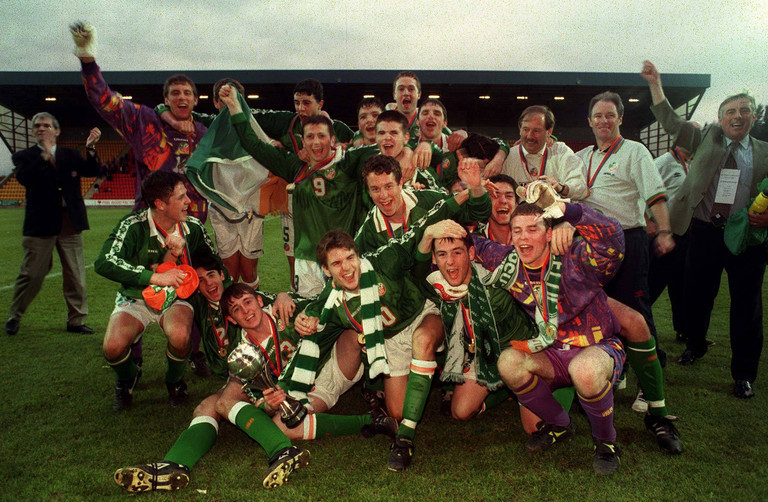 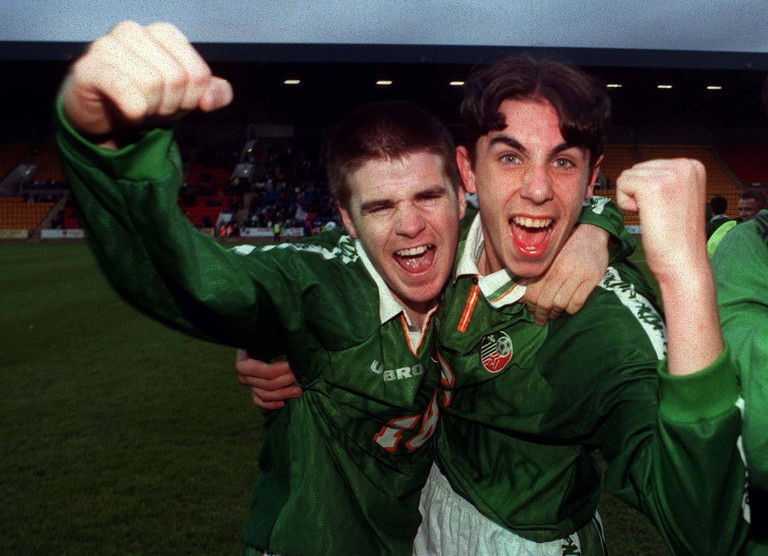 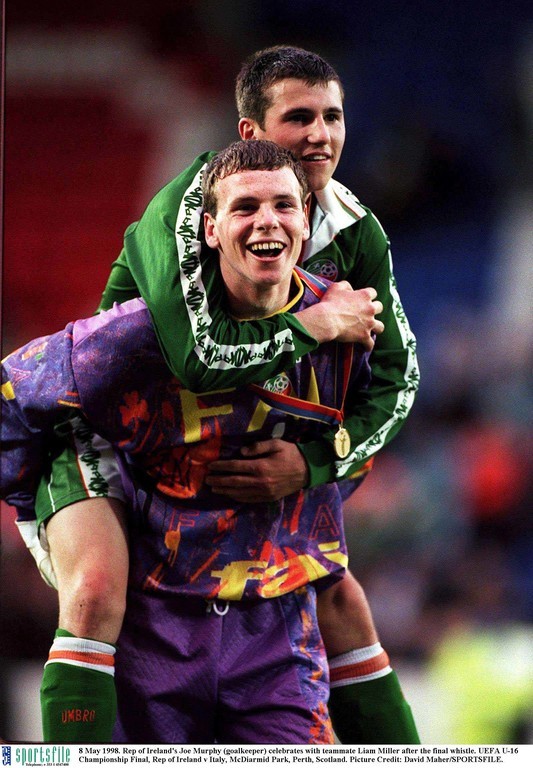