Barcelona have found themselves in a huge amount of financial difficulty in recent times, leading to some major efforts to cut what was an egregious amount of spending at the club. That includes letting a number of players leave at discount rates, while other long standing members of the squad were said to have taken significant pay cuts.

However, it was reported in recent days that some senior players were drawing ridiculous salaries at the club. Catalan television presenter Lluis Canut said on TV3 that Gerard Pique, Jordi Alba, and Sergio Busquets were still earning annual salaries of €30million, €23million, and €19million respectively.

These claims have been refuted by both the players and the club.

In fact, Gerard Pique even took to Twitter to share a screenshot of the December payment of his salary, which accounts for 50 per cent of the overall total.

People like this are paid by public television to defend their friends. Here you have 50% of my salary as of 30 December.

Respect yourself a little.

La Liga clubs often only pay their players twice per calendar year, meaning the total above represents half of what Gerard Pique earns in a given year.

Barcelona have also moved to dismiss such reports.

In a club statement, they called the amounts referred to as 'erroneous' and that did 'not correspond with reality'.

The amounts referred to in the information are erroneous, do not correspond to reality and, furthermore, in the case of the first three players referred to, it gives fixed amounts which, being variable, will possibly never be merited.

It is false that the players mentioned have only deferred 100% of their salary. Mr. Piqué, Mr. Busquets and Mr. Alba waived part of their salary when they signed their last contract renewal last summer.

We consider it improper, unprofessional and acting in bad faith when this information is offered as true and truthful and regret that information of this type is provided which affects the personal rights of the players and which deserves, when true, the highest confidentiality."

The information on the salaries of certain first team players has not, in any case, been provided by the club and its origin is unknown.

Barcelona currently find themselves under a strict salary cap at the instruction of La Liga, meaning the players above were asked to take significant reductions on their salaries in recent times.

SEE ALSO: Philippe Coutinho's Most Iconic Barcelona Moment Came When He Humiliated Them 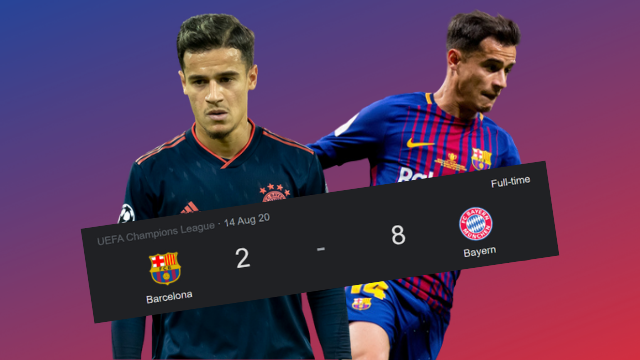