Hooligans, pyro, Greenpeace; Basel v Schalke has it all.

Four photos that are on the further side of mental have popped up from the Schalke v Basel Champions League clash.

First off, these two photos are circulating on Twitter reporting that those pictured are Basel hooligans on their way to greet Schalke fans. 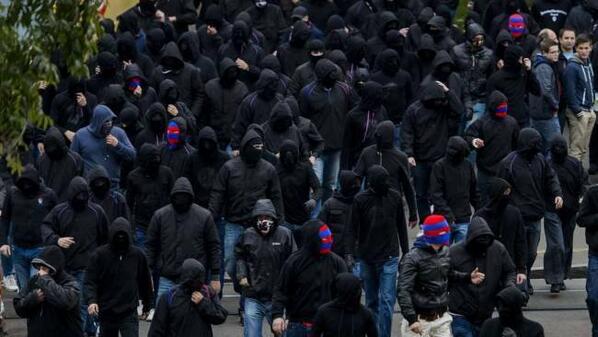 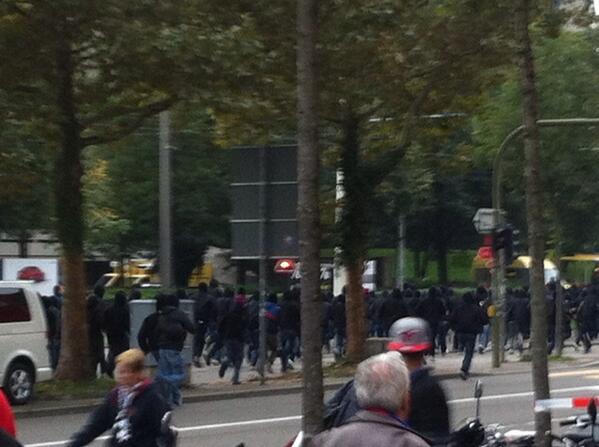 Then there was the Schalke pyro before the match began. 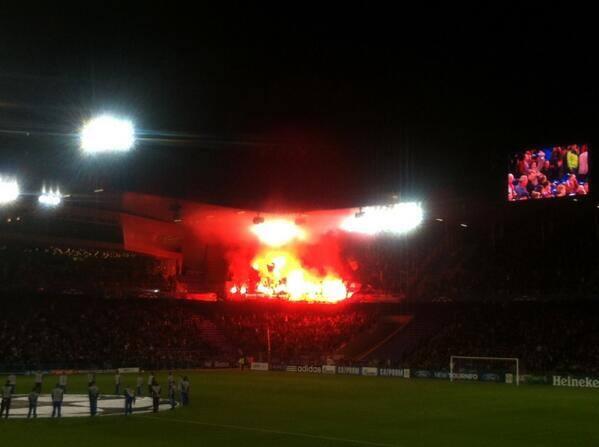 And then the match had to be suspended when Greenpeace protesters abseiled down from the roof of the stadium. 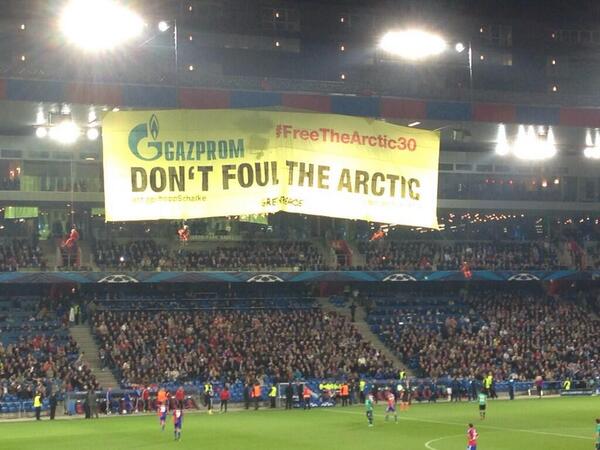 Here's a video of police breaking up the fan clashes before the match: