The Battle Of Old Trafford: Roy Keane On Why Arsenal 'Crossed That Line'

It's eighteen years to the day since one of the most fondly remembered 0-0 draws. For reasons wrong and right.

It was the 21st of September, 2003. A late Sunday afternoon kickoff at Old Trafford. United welcomed Arsenal and the rest is history.

The teams had enjoyed some tense affairs in their last few meetings. Alex Ferguson kicked a boot after a loss in February, Sol Campbell saw red in April and Francis Jeffers was sent off in August.

In fact, that last game brought together five yellow cards and a 3-match ban for a revisited incident by Campbell. To say the rivalry had reached a boiling point was an understatement.

Both teams opted to go more physical, with the likes of Ray Parlour and Freddie Ljungberg brought in for Arsenal and Phil Neville and Quinton Fortune joining Roy Keane in midfield for United.

There were chances for both sides, Ryan Giggs coming close with a free-kick that shaded the post, but the game was overshadowed by it's physicality and fouls.

#OnThisDay in 2003, Manchester United and Arsenal went head-to-head in The Battle of Old Trafford.

13 fouls by Manchester United and 18 by fouls Arsenal in fact. The most notable was a controversial 80th minute foul by Patrick Viera on Ruud Van Nistelrooy which culminated in a second yellow card.

In the last minute of the game, Martin Keown brought down Diego Forlán inside the box. Van Nistelrooy stepped up to take the penalty, and ended up hitting the bar.

This led to the jeering of the Dutchman in the aftermath by the Arsenal players with things getting physical. Referee Steve Bennett handed out a slew of yellows and bans were given afterwards.

Eighteen years on, there's no better two men to recall what is now known as 'The Battle of Old Trafford' than Roy Keane and Thierry Henry.

In 2017, the two legends appeared on a Sky Sports '25 Seasons' special to recall the infamous day and what it was like from both perspectives.

The presenter opened with a line suggesting that Martin Keown's mocking of Ruud Van Nistelrooy was what he called as the 'biggest regret of his career.'

"It should be," Keane said. "I don't mind lads getting stuck into each other. To me, that behaviour is disgraceful," he added.

Here's some of the dialogue between Henry and Keane in the video above. Their back and forth is nothing short of comedy gold:

Henry: Let's all remember, it's not because Van Nistlerooy missed that penalty.

Keane: There was a sending off earlier.

Henry: Do you remember the sending off?

Henry: I love Van Nistelrooy, but on the day ... during the whole game he wound everybody up.

Keane: No he didn't.

Henry: He got Patrick sent off!

Keane: Patrick got himself sent off.

Keane: No, we never done anything like that. United players, we would never. I think Arsenal players that day crossed that line. Definitely.

Henry: It was right for Gary Neville to kick Jose Reyes because he could?

Keane: Gary was slowing down at the time. Maybe he was genuinely trying to get the ball, maybe ... But why does Martin Keown regret it then? Martin has done some daft things on the pitch, if that's one he regrets.

Henry: To be fair, I don't agree with it Roy. You're totally right. I'm just making the point of why they did it.

In the weeks after the game, six Arsenal players and two Manchester United players were sanctioned for improper conduct by the FA.

Arsenal themselves were charged for failing to ensure 'proper behaviour' of their players and were fined £175,000, the largest fine given to a club at the time.

The draw has grown in footballing folklore as Arsenal went on to have an unbeaten Premier League season for the first time since 1989. 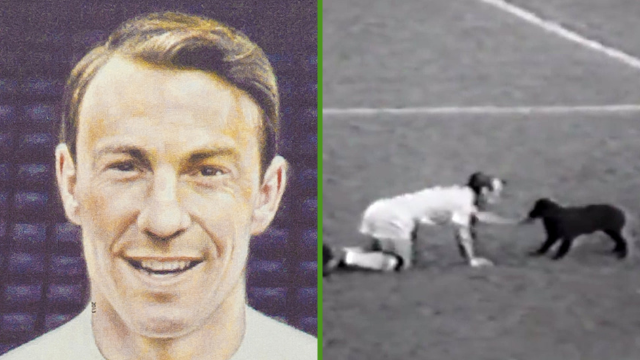