Bellingham Not Happy With Referee After Bayern Loss

Fourteen games in. Six points dropped. Top of the table. Bayern Munich have had a very Bayern start to the Bundesliga season.

Despite their dominance in recent years - Borussia Dortmund have been hot on their heels this season and could have gone within a point of their rivals on Saturday.

It wasn't meant to be despite being in home territory at Westfalenstadion. A game that saw five goals wasn't without its controversy.

With the sides level at 2-2, Mats Hummels was ruled to have deliberately handled the ball in his penalty area. A penalty was awarded after a VAR check.

Yes. Very suspicious refereeing tonight in the Borussia Dortmund Vs Bayern Munich game. Shouldn't have been a penalty for this pic.twitter.com/glTR0oZjLU

— Has the Referee or VAR made a poor decision? (@PoorEPLreferees) December 4, 2021

Borussia Dortmund didn't take kindly to the penalty call and manager Marco Rose ended up being sent to the stands for his reaction.

Who other than Robert Lewandowski to step up and score the winning goal. His two goals in Der Klassiker now brings his Bundesliga tally to 16.

The game was decided on a controversial call and the player interviews after the game reflected that. Jude Bellingham in particular was quite peeved.

It's been a weekend of opposites for the top two in Group E of the Champions League. Barcelona will need a result against Bayern Munich on Wednesday.

The Spanish outfit lost to Real Betis over the weekend and now sit 7th in La Liga. Xavi will be hoping he can help keep Barca's European hopes alive.

Bayern Munich already have won the group on 15 points so a result isn't necessary for them. Barcelona sit second with seven points, with Benfica third on five.

Due to the Champions League head-to-head rules - if Barcelona and Benfica end up on the same points tally - Benfica go through having won their first group game.

Bayern have already qualified for the last-16 of the Champions League, but Barcelona need a win to reach the next round... ➡️

If Benfica beat Dynamo Kiev then Barcelona will miss out if they fail to overcome Bayern! 😳#BayernMunich #Barcelona #UCL pic.twitter.com/08C1ftw3pI

The two teams drew their second meeting in November in what was Xavi's first Champions League game in charge at Camp Nou.

If Barcelona can't get the better of an in-form Bayern Munich side - the least they can hope for is for Benfica to drop points against Dynamo Kyiv.

To dampen the mood a bit - the game will be played behind closed doors at the Allianz Arena due to coronavirus restrictions in Germany.

Nonetheless, it'll make for an interesting Champions League week and a very uncharacteristic exit for Barcelona if they don't make it through their group. 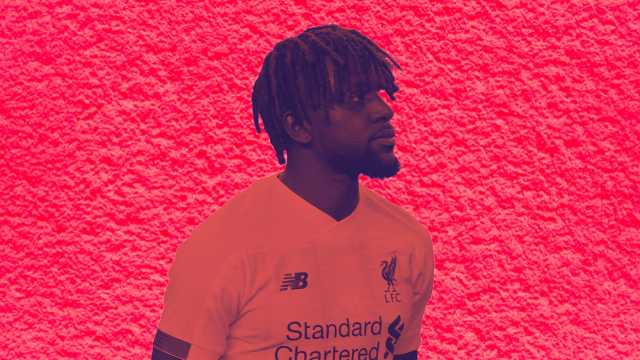