Bayern Munich met PSG tonight in the Champions League quarter-final first leg in Munich, in a repeat of last year's final. It was an instant classic that had a bit of everything - but it was also one of the strangest Champions League games in recent memory.

We know that (most) games have been played in empty stadiums for over a year now, but it always hits home when the biggest games are played behind closed doors. From the outset, there was a strange vibe about the game. It just felt wrong watching a repeat of last year's final in a stadium as vast as the Allianz Arena with no fans there to enjoy it.

At Bayern Munich-PSG tonight for @btsportfootball. Or 227 days later as the AZ are calling it. It’s much chillier than it should be. Blanket at the ready.🥶 pic.twitter.com/T9JZCLTIkz

The team selection was also a touch unusual, with Bayern's star player Robert Lewandowski missing through injury, as well as PSG's midfield talisman Marco Veratti. Canadian left-back Alphonso Davies was one of Bayern's star men during their run to the Champions League title, but he's been in and out of the side with injury this season, so casual Bundesliga fans might have been surprised to see him start the game on the bench

The third (and maybe the biggest) factor in this tie's weirdness was the snowstorm that the match was played through. We associate the quarter-finals of the Champions League with late-spring, early-evening sunshine, so to see a tie this glamorous played through vast amounts of snow was bizarre to say the least. It did make for an incredible shot when Kylian Mbappé put PSG 1-0 up, though.

Manuel Neuer has been one of the world's best goalkeepers for over a decade now, but he didn't exactly cover himself in glory for the opening goal. To see a rare mistake from such a world-class player only added to the strangeness of this tie.

It's rare enough to see a first-half substitution - what's even more unusual is to see three in the same game. Marquinhos had to be replaced by Ander Herrera for PSG after only half an hour, before Bayern brought off Leon Goretzka and Nicklas Sule before the break to bring on Davies and Jerome Boateng.

There was a lot of quality on the pitch all the same. Neymar contributed two brilliant assists, one for Mbappé's opener and then with a lovely chipped ball through for Marquinhos to score PSG's second. Bayern fought back and their equaliser in the second half was also a delightful goal, with Joshua Kimmich judging his free-kick to perfection and Thomas Muller finishing with a clinical header.

PSG were superb, though, with Kylian Mbappé and goalkeeper Keylor Navas the standout performers. Mbappé's second goal in particular was a beauty, as he sprinted away from the Bayern defence and finished to the bottom corner to put PSG 3-2 up. The Frenchman just makes scoring goals look easy and this was one of his best yet in the Champions League.

The game could have looked oh so different, though, if Bayern's star man could have converted more of his chances. Eric Maxim Choupo-Moting was part of Stoke's squad that was relegated in 2017-18, but since then he's reached the heights of playing for PSG in last year's Champions League final and earning himself a move to Bayern. He scored one of Bayern's two goals tonight, but he could easily have had three or four if he had been more clinical in goal.

Having a former Stoke City player leading the line in the absence of Robert Lewandowski was arguably the weirdest part of the whole game - and that's certainly saying something after all that went on in the first half. From now on, we'll be asking the question "can he do it on a windswept, snowy night in Munich?"

Despite the strangeness of it all, the game in Munich was an all-time Champions League classic and has us counting down the days to the second leg. If it's anywhere near as good as tonight's game, we're in for a right treat in Paris next Tuesday.

SEE ALSO: Sky Is The Limit For Omobamidele After Another Steller Performance For Norwich 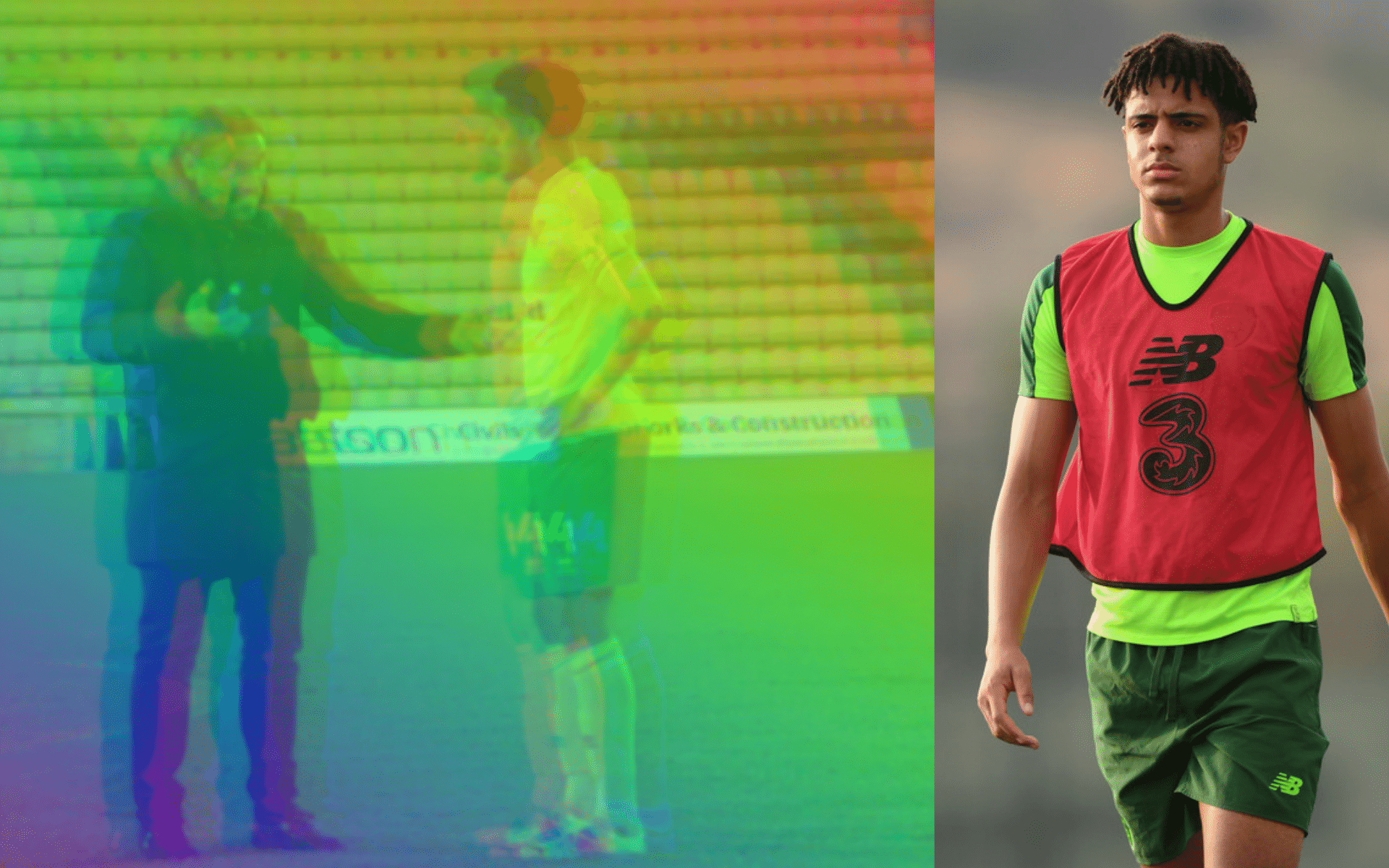