After having selected Peter Schmeichel in goal and a defence of Gary Neville, Rio Ferdinand, John Terry and Ashley Cole last week, on Thursday night they named the midfield and attack.

The panel selected from a predetermined list of nominees which included: 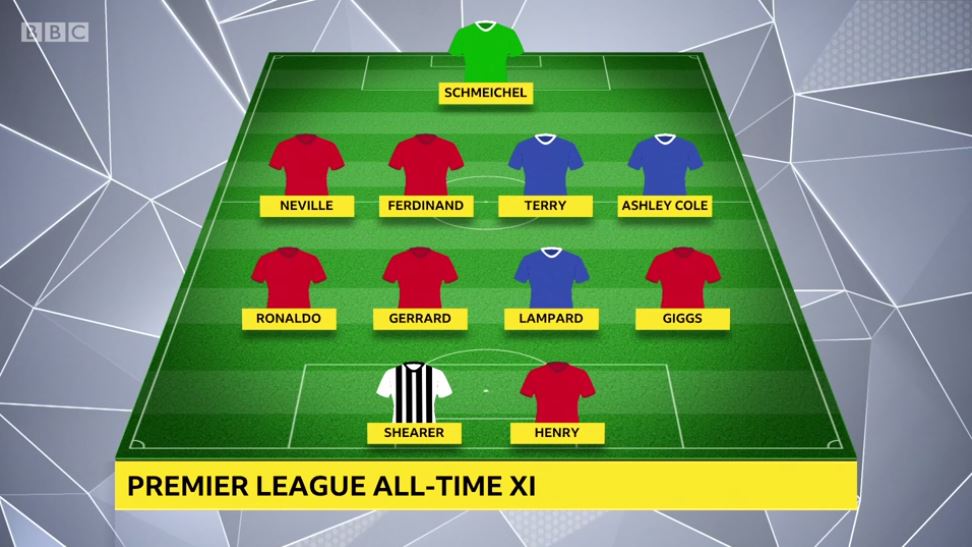 Ian Wright was dead set from the start that Gerrard should be in the team, as was Danny Murphy - 'there isn't another midfielder on the list that has attributes that he hasn't got'.

Even more preposterous than Keane not being included in the consensus XI was him not being selected by any of the panel. Murphy and Wright both selected Gerrard and Lampard while Shearer went for a Vieira and Lampard combo.

Mentions of Keane - a seven-time Premier League winner and leader of the most dominant team in the league's history - in the debate didn't go much further beyond Shearer asking, 'Have we mentioned Roy Keane yet?' and Lineker enquiring if Vieira was 'nastier than Keane'.

Other Irish players nominated for the team were Shay Given and Denis Irwin.

Football
14 hours ago
By Colman Stanley
Man City Held By West Ham But Premier League Destiny Is Still In Their Hands
Football
1 day ago
By Eoin Harrington
Alan Shearer Says Roy Keane "Ran Away" From Him After Famous Clash
Football
2 days ago
By Eoin Harrington
Wayne Rooney Questions Paddy Kenny's Role In 2012 City Title Win
Popular on Balls
Rugby
1 day ago
By Colman Stanley
'I Think Munster Softened Them Up For Us': Sexton Not Carried Away After Clincial Leinster Win
GAA
2 days ago
By PJ Browne
Mayo's Padraig O'Hora Using Football To Promote His Real Passion
Rugby
16 hours ago
By Colman Stanley
'That Pace, That Intensity, That Organisation' All Black Legend Has High Praise For Leinster
The Rewind
1 day ago
By Eoin Harrington
Watch: Brilliant Dermot Morgan Dublin Segment From 'The Travel Show' Resurfaces