If the reports are to believed, then the Belgian camp is none too happy ahead of their crucial clash with Ireland on Saturday. Chelsea goalkeeper Thibaut Courtois is reported to have been involved in a "furious altercation" with manager Marc Wilmots after the side's 2-0 defeat to Italy on Saturday.

Courtois has been scathing of his side's performance saying:

“The problem is not just with the defence, or the midfield, it’s everywhere. Tactically, technically and organisationally, we came up short."

According to BeIn Sports, the two came to blows on the aeroplane back to their training base following the Italian game. Wilmots was reported to be furious with Courtois over his comments - and the rift between the two was noticeable to all aboard. 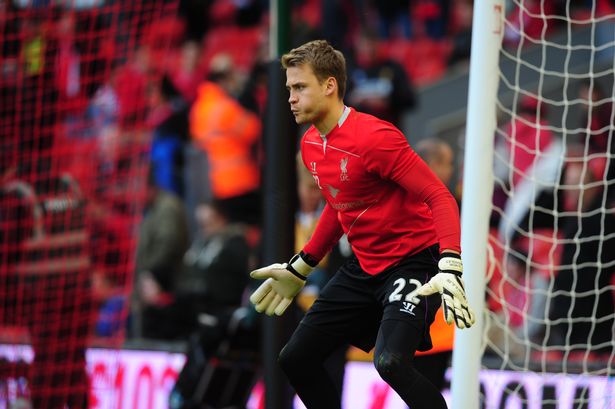 The incident between the two could well be a lucky break for Ireland - if Courtois is dropped by Wilmots - it would leave Belgium with Liverpool's mistake-prone Simon Mignolet (pictured above) in goals.

Although Mignolet was favoured by O'Neill when he was the Belgian's club manager at Sunderland - he would represent a significant step down in class from the man regarded as one of the best three goalkeepers in the world.

Football
4 hours ago
By PJ Browne
Swansea Boss 'Pleased' For Ryan Manning After Stunning Winner
Football
1 day ago
By Jonathan Browne
What Became Of The Great Monaco Team That Reached The 2004 Champions League Final
Football
1 day ago
By Eoin Harrington
Given And Lennon Both Keen On Potential Everton Return For Wayne Rooney
Popular on Balls
Basketball
22 hours ago
By Eoin Harrington
Kieran Donaghy And Tralee Warriors Claim National Basketball Cup Title In Tallaght
Football
1 day ago
By Gary Connaughton
Carragher Reveals Unhappy Instagram Message From Lionel Messi After MNF Comments
The Rewind
1 day ago
By Gary Connaughton
Quiz: From Which Irish County Did This Company/Product Originate?
Football
2 days ago
By Jonathan Byrne
Women Footballers Call Out 'Embarrassing' Sun 'Exclusive'