Belgian journalists, much to the embarrassment of many Irish fans, were present in Turner's Cross last night to get a glimpse of how Ireland's preparations for Euro 2016 were going, and they probably think they're not going very well after watching us limp to a 1-2 defeat at the hands of Belarus.

While they will surely have been aware that few of the players who played last night will be the ones they see starting in Bordeaux, you can't help but feel that they will have left Cork with a reinforced sense of optimism ahead of that meeting.

Belgian outlet Sport Wereld (no relation to Tottenham's Toby Alderweireld) were there, and they gave a review of the night which, when translated by Google translate, comes across as absolutely fantastic: 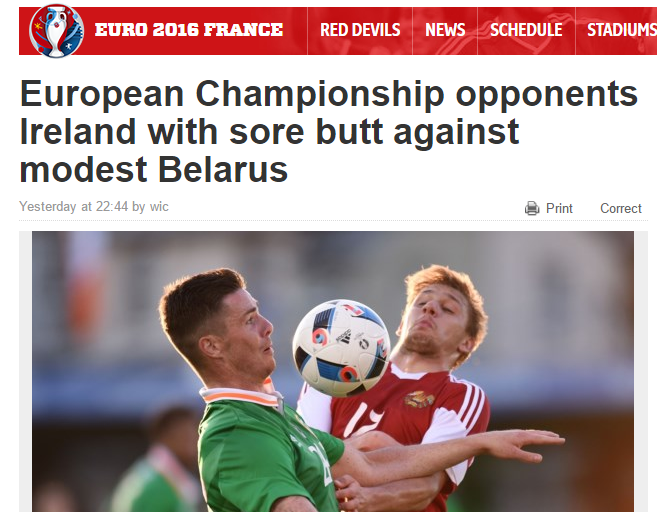 The article didn't go into too much detail, and was mainly used to relay our squad announcement, but the opening paragraph described the night as "particularly painful".

Elsewhere, James Kavanagh shared another article from last night in the Balls.ie Euro 2016 Group, where the headline reads "Hoping on Keane (and better football)": 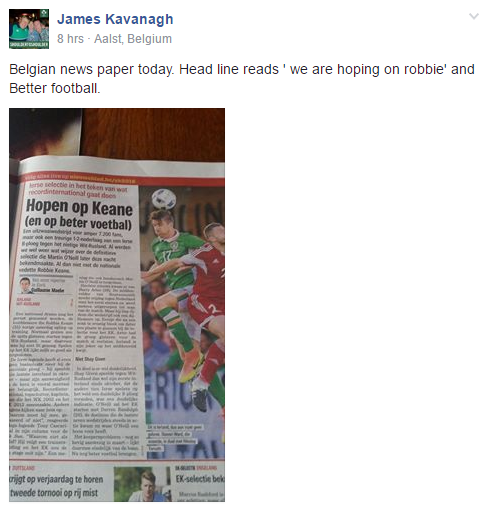 All fairly bleak, although to be fair we're surprised it's not far more fierce after that showing in Cork.

While it's normally reserved for tenuous transfer links from German, Spanish, or Italian websites, it's always fun when a badly translated headline gives a few laughs.

We can't wait to see what the news looks like when we turn them over when it really matters. (Fingers crossed)

SEE ALSO: For A Brief While Last Night, It Felt Like The Impossible Might Be Possible For Callum O'Dowda