There is a tried and trusted method to success at major tournaments. The nature of international football means it is incredibly difficult for managers to really put their stamp on a team, often leading to some rather basic, if often effective, tactics.

France are a prime example. While they possess the type of squad that no other international team can match, they play a fairly simplistic style of football. They are risk averse in their tactics, often allowing their superior talent decide the outcome of games.

In international football, you very rarely see the type of complex attacking moves that are commonplace at the top level of the club game

Italy have shown over their last couple of fixtures that they are somewhat of an exception to this, but the side who really buck the trend is Belgium.

They have consistently played some incredible attacking football under Roberto Martinez. The fact that the majority of this team have been playing together for quite a number of years no doubt helps in this regard, but it is undeniable that the Belgians can produce some blistering play at times.

Their victory over Denmark this evening was the perfect example.

While Belgium would put in a fairly abject first half performance, the second period was a completely different story.

Their first goal was absolutely sublime, combining the pace and deceptive dribbling ability of Romelu Lukaku with the vision of Kevin De Bruyne to set Thorgan Hazard up with a chance he couldn't miss.

Sit back and enjoy this.

Remarkably, their second strike was arguably even better.

Lukaku was once again the player to start the move in an attacking area, showing some great feet to pick out Youri Tielemans before a number of quick passes were exchanged and the ball ended up at the feet of De Bruyne.

Belgium showing their class in the second-half. Intricate play by the Hazard brothers and a rasping finish by Kevin de Bruyne #DEN 1-2 #BEL #DENBEL #Euro2020 #RTESoccer

While most neutrals were hoping for a positive result for Denmark in this game, the second half performance from Belgium was irresistible.

This tournament will certainly be a much more entertaining if they can make a deep run, with no other side capable of producing the type of consistent attacking displays the Belgians can.

It remains to be seen if this will be enough to carry them the whole way to the trophy, especially when some question marks remain about their defensive capabilities. Either way, it looks set to be a hell of a ride for the Red Devils. 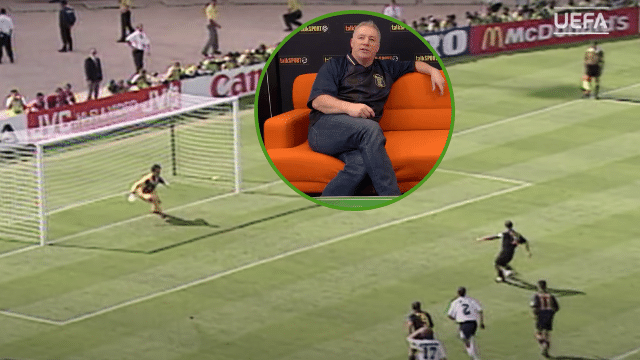 Football
2 months ago
By Andrew Dempsey
Italians Dominate Official Euro 2020 Team Of The Tournament
Football
2 months ago
By Eoin Harrington
Italian Football Was Its Most Glorious, Shithousing Self Tonight
Football
2 months ago
By Gary Connaughton
Roy Keane Labels Portugal Star As 'An Imposter' After Portugal's Euros Exit
Popular on Balls
Golf
32 minutes ago
By Jonathan Byrne
Sky's Ryder Cup Holograms Are Freaking People Out
GAA
54 minutes ago
By Donny Mahoney
Much Has Changed Since Jack O'Connor Last Managed Kerry
Golf
2 hours ago
By Jonathan Byrne
Bryson DeChambeau Hit One Of The Most Audacious Drives In Ryder Cup History
Golf
3 hours ago
By Eoin Harrington
Shane Lowry Made A Brilliant Start To His First Ryder Cup Round