Watford goalkeeper Ben Foster has become almost as known for his YouTube exploits as for his footballing, and his latest video has revealed an intriguing secret about Mo Salah's penalty taking.

Foster recently came up against Salah in the Premier League and, after being handed a 5-0 drubbing at the hands of Liverpool, was asked a revealing question by Salah at full-time.

Mo Salah is on to the world's goalkeepers

Former Man United goalie Ben Foster is among the Premier League's most experienced goalkeepers - but even he was taken aback by Mo Salah's antics in the aftermath of Watford's home loss to Liverpool.

In the latest video posted to his YouTube channel, Foster revealed what was discussed at the full-time whistle when Salah approached the Watford man. He said that the Egyptian winger had asked him what way he would have dived if Salah had been given a penalty - clearly trying to keep tabs on what goalkeepers expect from him from the spot. Foster said:

They'd just won the game 5-0, I think Salah scored one goal in the game. But he came up to me at full-time and had his hand over his mouth a bit - because he didn't want the cameras so much to catch it.

He's come up and he's gone "Ben, Ben! If I'd have gotten a penalty, which way would you have dived?" Now, as soon as he said that, I thought, "oh, you clever, clever boy."

We do our research - all the goalkeepers out there do their research on strikers and will try and find out where their last four or five or ten penalties might have gone, for example.

Mo Salah's last five penalties, he'd gone to the keeper's right. So I've looked at him and I've gone, "Ah, okay - I'd have gone to my right because you put the last five penalties to the right." And a big smile came on his face, a big grin, and he went, "yeah, yeah, thank you - I need to know."

So, not content with just winning the game 5-0 and scoring a goal and being man-of-the-match and scoring an unbelievable goal, he has to know the tiny little - in his next game, if he gets a penalty, which way would he put it?

Foster's story shows the attention to detail of Mo Salah - and the understanding he has of how a goalkeeper's mind works. Salah has had an extraordinary start to the season, scoring ten goals in his first eight Premier League matches, including a hat-trick at Old Trafford on Sunday.

Perhaps the most intriguing part of Foster's revealing tale is that Salah was indeed given a penalty in his very next game against Atletico Madrid - and went to the right of goalkeeper Jan Oblak.

It seems that, no matter how much goalkeepers seem to know about Salah, that he just can't be stopped in the form that he's currently in.

SEE ALSO: The Outrageous Talent Of Katie McCabe, And How North London Nurtured It 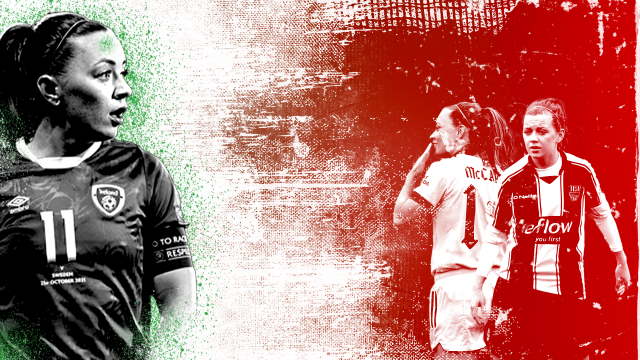