It's often unclear exactly who runs the social media accounts for professional footballers. Most are actually sent by various faceless companies, and that fact only reveals itself when something goes wrong.

This is an example, as Mesut Ozil wished to update fans on his return to training after the summer break. It didn't really work out... 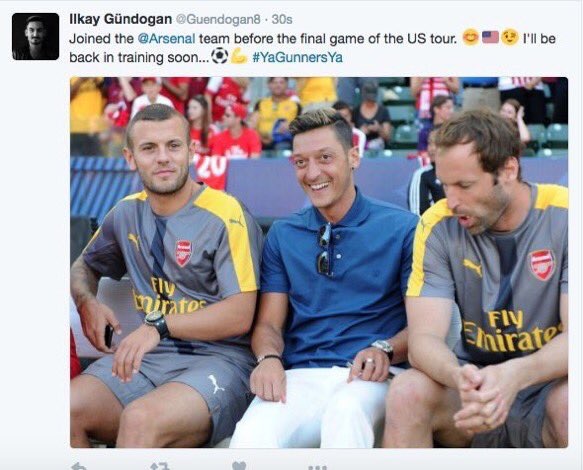 One man who certainly does run his own account is Monaco's superstar full-back, Benjamin Mendy.

The vultures are circling around Monaco's thrilling young team, with Bernardo Silva having already signed for Manchester City, and Kylian M'bappé subject to desirous glances from pretty much every club around Europe.

There were murmurings online today that Mendy is on his way to City, too, with a couple of #ITK accounts using his Instagram picture taken from a plane as evidence that he was on his way to Manchester to complete a transfer:

Mendy was either tipped off about these reports, or else he was searching his own name, because he sought out one of these tweets and replied with a video of him by the Champs Elysse, telling everyone "Manchester has changed? Everyone [should] calm down lol".

That's one way to do it.

He may eventually sign for City, but the over-eager ITKs were shut down on Sunday evening.