On form alone, there was little shock to see the 33-year-old return to the France setup. His 29 goals for Real Madrid in all competitions this year has helped them reach a Champions League semi-final and remain in contention for the title in La Liga.

However, there's more to Benzema's story than just form. There's a decade of allegations, scandals and fall-outs. There's a reason Karim Benzema hasn't featured for his country in almost six years.

Benzema is France's 10th highest goalscorer of all-time. His last game for Les Bleus was on 8 October 2015. The Real Madrid striker scored twice as France beat Armenia 4-0 in an international friendly game. pic.twitter.com/VSbwdksNEG

On the 9th of November 2006, the then Lyon striker was called up to his first French squad. Benzema had impressed manager Raymond Domenech with his goal scoring record in Ligue 1.

He was named in the 23-man squad for Euro 2008 but ultimately was part of their disappointing group stage exit, having been drawn with Italy and the Netherlands in Group C.

Following their underwhelming tournament, French newspaper Le Parisien described Benzema's antics as 'arrogant' in the dressing room. Defender William Gallas confirmed in his autobiography Benzema and several of the younger players had shown disrespect and impertinence.

Benzema was left out of Domenech's World Cup squad in 2010, having been involved in a sex scandal in the same year. French television outlet M6 reported four French national team members were being investigated for soliciting prostitutes, some of whom were underage.

The players involved were Franck Ribéry, Sidney Govou, Hatem Ben Arfa and Benzema. Benzema was questioned by police in July of 2010 for his actions, and when the case went to trial four years later, it was ultimately dropped due to insufficient evidence.

Former World Cup winner Laurent Blanc was brought in to replace Domenech after the 2010 World Cup. Benzema became an integral part of France's Euro 2012 qualifying campaign, and featured in the tournament before losing out to eventual winners Spain in the quarter-final.

As Benzema came to the fore for his new club Real Madrid, he remained an important player internationally. He scored twice during the 2014 World Cup, as the team exited again in the quarter-finals of a major tournament.

On the 8th of October 2015, after averaging 32 goals per season in his last five in La Liga, Benzema was to play his last game for France. In a friendly against Armenia, Benzema scored twice to cap off an eight year international career. That was it, it seemed.

Karim Benzema last played for France in a friendly against Armenia on October 8th, 2015 (4-0) 🇫🇷

That day:
👉 Jürgen Klopp was appointed as Liverpool coach.

👉 Kylian Mbappé was yet to make his professional debut.

The reason why? An involvement in another scandal. One month after his last game, Benzema was arrested by French police for allegedly being involved in blackmailing fellow international Mathieu Valbuena over a sex-tape recording on a mobile phone.

It was breaking news in France for weeks. The French Prime Minister at the time, Manuel Valls, even got involved by calling for Benzema to have no place in the France team. The FFF suspended Benzema on the 10th of December 2015 pending the outcome of the case.

The legal case involving Mathieu Valbuena is still ongoing, with it set to go to trial later this year. Nonetheless, it became such a compelling news story in France that it led to his international exile for almost six years.

Benzema was subsequently left out of the Euro 2016 squad, the World Cup 2018 winning team and for international games thereafter. In 2018, he tweeted at FFF president Noel Le Graet, claiming he "lost an opportunity to remain silent" in not picking him.

In November of 2019, Noel la Graet claimed Benzema's international career was over, with Benzema responding, "If If you think I'm done, let me play with one of the other countries I am eligible for and we'll see."

There were further issues in 2020. Benzema was part of an Instagram livestream in March of last year, and referred to Olivier Giroud as "karting" and that he was "Formula 1" in comparison.

In October, he liked an Instagram post of MMA fighter Khabib Nurmagomedov, who slighted French president Emmanuel Macron for condemning the murder of  Samuel Paty, a French middle-school teacher beheaded by Islamic terrorists.

So after almost six years of an absence, Karim Benzema will be a part of Les Blues once again. While he's in no means out of depth in terms of talent, the FFF and French fans will hope for a less rocky tenure with the 33-year-old this time around. 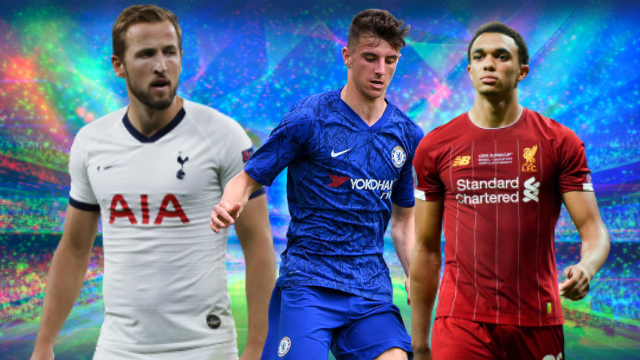 Football
3 years ago
By Mikey Traynor
Watch: Michael Owen Reveals That Karim Benzema Is The Reason He Joined Man Utd
Football
3 years ago
By Arthur James O'Dea
Spanish Newspaper Marca Launch Laughable Attack On Gary Lineker
Football
3 years ago
By Mikey Traynor
Watch: Zinedine Zidane Calls Out Gary Lineker For Comments On Karim Benzema
Popular on Balls
Golf
1 hour ago
By Jonathan Byrne
Bryson DeChambeau Hit One Of The Most Audacious Drives In Ryder Cup History
Golf
2 hours ago
By Eoin Harrington
Shane Lowry Made A Brilliant Start To His First Ryder Cup Round
Football
4 hours ago
By Eoin Harrington
Ole Gunnar Solskjaer's Jab At Jurgen Klopp Doesn't Hold Up
GAA
5 hours ago
By Jonathan Byrne
Emma Duggan Caps Off Memorable September With Player Of The Month Award