Bohemians are beginning to develop a global following thanks to the values the club promote.

The Premier League is a global brand known by many around the world. It has fans in probably every country in the world. In comparison, the League of Ireland has stayed within Ireland with the exception of the few fans who emigrate.

That was the case up until recently anyway. Bohemians football club have made headlines in recent years not only in Ireland, but also globally. The most notable example was when the club put Bob Marley on their jerseys in 2019, only to be subsequently ordered to remove it.

This, along with other movements by the fan-owned club to aid refugees in the country, seem to have increased their global reach.

Recently Director of Commercial & Marketing for Bohemians, Daniel Lambert tweeted "Berlin Bohs, The amount of merchandise going to the city is phenomenal".

The amount of Bohs merchandise going to the city is phenomenal, closely followed by London, Brighton, Bristol and Barcelona https://t.co/6v3jLumarQ

According to Lambert, the club have now sold approximately 400 shirts to people in Germany with three-quarters of them heading to Berlin.

When I asked Lambert what he thought was causing this growth in followers outside the country he said:

If you just market your local identity then you generally attract people from that area. But when your identity is more about values. then values are universal. So then the values you portray can resonate with somebody potentially anywhere in the world.

If you do things that are more based around universal values you have the ability to attract people who may never be in your locality.

After removing the image of Marley the club then decided to put a clenched fist on the jersey in its place. In a statement announcing the change Bohemians said:

"The clenched, raised fist, is a symbol of solidarity and support used to express unity, strength and resistance.

The League of Ireland is forced to face the might of the EPL every day, Bohemian FC – like other 100% fan-owned clubs – battles the challenges of the privatisation and commercialisation of football across the globe."

The club also decided to give 10% of their profits from the jersey to a fund, which would help the previously fan-funded initiative of bringing people living in Direct Provision to Bohs matches. And this season the club removed the sponsor from its away jersey with it being replaced by "Refugees Welcome".

According to Lambert, this is an international message that he believes a lot of people are identifying with, even if they never make it to Dalymount themselves.

One German fan who has made it to Dalymount all the way from Germany is Steffen Wolf. Steffen - who goes by the nickname Mola - is from Bernberg about 160km south-west of Berlin. He first visited Dalymount in March 2009 for a Bohs versus Rovers game not knowing the significance of the game. He recalled:

It was a pure coincidence as part of a long weekend trip with friends to Dublin.

I did not know anything about the rivalry between Bohs and Rovers at the time and randomly selected the game to attend that weekend.

Steffen tries to attend four games a season and became a season ticket holder for the first time this year. 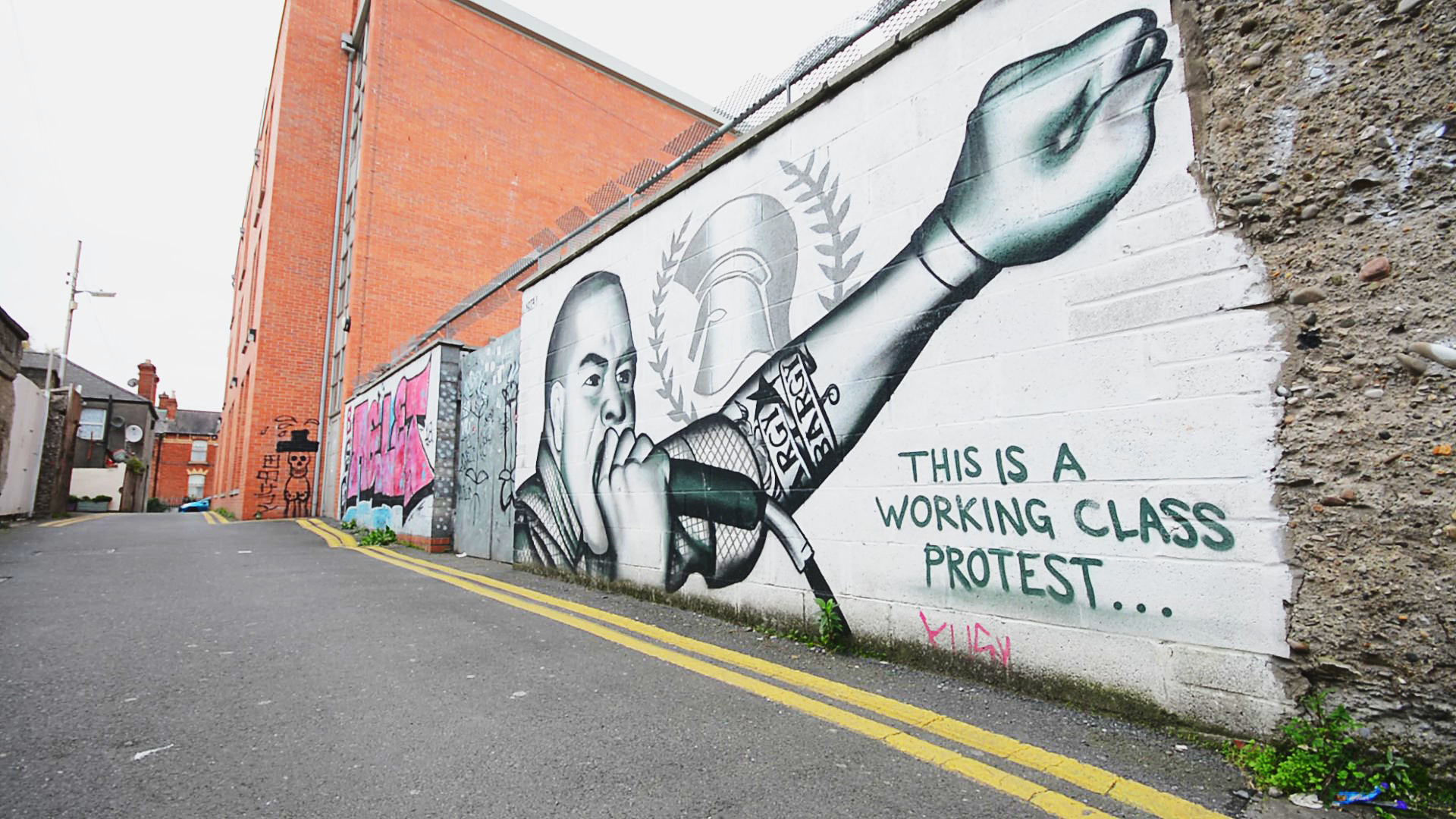 Steffen supported Bohs before the club started supporting MASI and people in direct provision but agrees that the values of the club are important saying:

I really like the values of the club, the fact members are involved in important decisions as much as possible. Meeting the guys in the stadium feels like to meet family.

It feels good to support and be a part of a club that makes a clear political statement with regards to helping each other and people in need.

When asked about the support Bohs were receiving from Germany the conversation again turned to values.

Steffen believes that "the football on the pitch as well as the experience in the ground feels to be real. It is about football, passion, friendship. Money is not everywhere and not the driver for every decision,".

He also referenced a saying that is often chanted by German ultras: "Football is for you and me and not for fucking industry". Steffen suggests a lot of the German fans supporting Bohs may feel the same way.

Home Still Matters The Most

It isn't just Germany either, Bohemians have been sending merchandise to London, Brighton, Barcelona and more recently Minneapolis with the Black Lives Matter movement.

But despite the growth of the club internationally, Lambert admits his favourite order isn't one which goes abroad. Instead, it's much closer to home.

"It's great to see how we expand but my favourite is still when I see one going to Tallaght, that still beats anywhere else but yeah it's just great," he said.

GAA
5 hours ago
By PJ Browne
In Pictures: The Best Of The Weekend's Club GAA Action