The two clubs have developed a heated rivalry in recent seasons, especially their fan bases. The players have also played their part, with the City squad singing some unsavoury chants about Liverpool after they pipped Jurgen Klopp's side to the league title last season.

While Liverpool would run away with the league this year, it didn't halt the rivalry. Bernardo Silva famously refused to take part in the guard of honour when the pair met at The Etihad last month, something that didn't go down all that well.

When City's exit from the Champions League was confirmed last night, Liverpool supporters were quick to slag the Portuguese player off on social media.

He has now responded, telling their abuse 'pathetic'.

And to all Liverpool fans that have nothing else to do than to come to a Man City player account, I’m also sorry for you but for the wrong reasons...😂 pathetic... go celebrate your titles, or try to find a partner, drink a beer with a friend, read a book...🤦🏻‍♂️ so many options!😅

The tweet did not go unnoticed amongst the Liverpool squad, with Virgil van Dijk uploading this tweet before quickly deleting it. 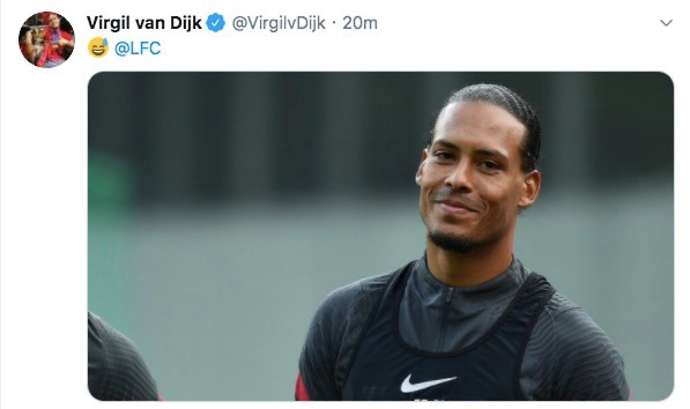 Silva's absence from the team last night has been judged to one of the main reasons for last night's abject performance, with Pep Guardiola leaving him on the bench for the entire 90 minutes.

Their focus will now switch to next season, with the club likely to spend big in the transfer market to help in their quest to wrestle the Premier League title back from the Merseysiders.

SEE ALSO: Report: Only 5 Players Are Assured Of A Future At Barcelona

Other Sports
8 hours ago
By Mark Farrelly
Weekend Sport Guide: What Times You Should Eat And Go To The Toilet
1