Watch: Bernardo Silva Wraps Up Miss Of The Season With Horrific PSG Effort

Nobody is perfect. No matter how good of a footballer you are, odds are you are going to look foolish on the pitch at some point in your career.

Bernardo Silva provided the perfect example tonight. He is a brilliant player, one who has won 13 trophies for club and country over the course of his career. However, he won't want to remember this incident from the game against PSG this evening.

The Portugal international was in the Manchester City lineup for the group game in Paris, with the home side taking the lead early on via an absolute rocket from former Everton and Aston Villa midfielder Idrissa Gueye.

You can't put it more in the top corner than that 👀pic.twitter.com/sS5RgYYH5j

Silva would have a golden chance to equalise later in the half, but instead produced what will surely be a contender for miss of the season.

Raheem Sterling's header would rebound off the opposition crossbar, falling to the feet of Silva a few feet out from the line. Instead of simply knocking it over the hapless Gianluigi Donnarumma, the 27-year old would somehow conspire to once against hit the ball off the crossbar.

Take a look at this:

Raheem Sterling's header hits the bar, and then a moment to forget for Bernardo Silva...#UCL pic.twitter.com/vdIvAU4uHs

You can be fairly certainly that the player won't be looking forward to watching the footage of that one. 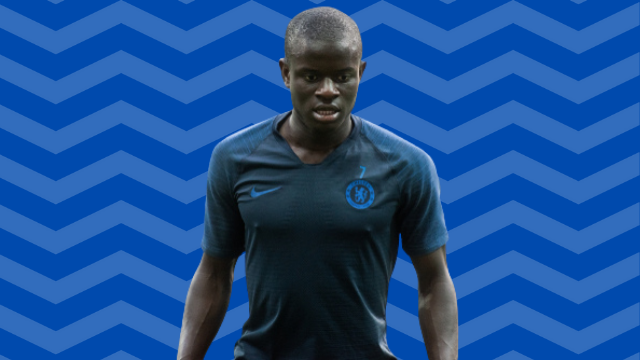 Football
1 year ago
By Gary Connaughton
Bernardo Silva Has Had A Go At Liverpool Fans After Champions League Exit
Football
2 years ago
By Aonghus Ó Maicín
'This One Is For You' - Bernardo Silva Hands Man Of The Match Award To Phil Foden
Football
3 years ago
By Gary Connaughton
Report: Bernardo Silva Tops Real Madrid's Summer Wishlist
Popular on Balls
GAA
2 days ago
By PJ Browne
Insane Drama As Late TJ Reid Goal Sends Ballyhale Into All-Ireland Final
Rugby
1 day ago
By Colman Stanley
Yesterday Was Not The First Time Wayne Barnes Sent A Player Off For Getting Lippy
Rugby
21 hours ago
By Colman Stanley
Champions Cup Predictions And Permutations For The Irish Provinces
The Rewind
2 days ago
By Jonathan Byrne
The Definitive Ranking: Deli Items Ranked From Best To Worst