Ranking The Best Premier League Signings Of The 2020/21 Season

No matter how much scouting or research a club does, the transfer market always comes down to a bit of luck.

Forking out a huge fee for a transfer is by no means a guarantee of success. Equally, players who come in as part of much cheaper deals can go on to shine at the top level.

Below we have ranked the top ten Premier League signings of the 2020/21 season, taking into account the fee paid and the impact the player has had over the last number of months.

Here are ten deals where the buying team got it right this season.

Eyebrows were raised when Aston Villa agreed to pay £27million for a striker with no experience in the top flight, but Ollie Watkins is well on his way to justifying that price tag.

He has scored 12 goals in the league this season, helping turn his team from relegation candidates to unlikely Europa League chasers. The 25-year old has also won his first England cap in the process.

James Rodriguez has dispelled any doubts that he could no longer perform at a high level during his spell at Everton.

When fit the Colombian has put in some top quality performances, providing the moments of magic Everton have been lacking in recent seasons. Not bad for a free transfer. 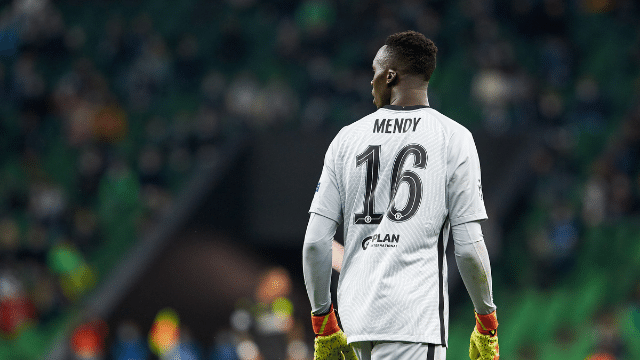 Mendy has had a decent season at Chelsea, but the fact that the club no longer have to select Kepa is reason enough for his inclusion on this list.

While he is not quite in the top tier of goalkeepers in the game, Chelsea supporters can now have some confidence that their 'keeper won't drop a howler in most games.

Manchester United supporters are probably wishing they had singed Edinson Cavani three or four years ago. The Uruguayan has been excellent since joining, although his advanced years mean he hasn't been able to play as often as Ole Gunnar Solskjaer probably would have liked.

Eight goals and two assists in the Premier League isn't a bad return for the investment made.

What a player. As much of a joy as Leeds have been to watch this season, there is nobody else on the squad that can compare to Raphinha.

The Brazilian is absolutely sensational at times, pulling off jaw-dropping pieces of skill. He can go to the very top of the game if he can become a bit more consistent, with Leeds likely worrying about how they can hold onto him this summer. If they do decide to sell, they will make a healthy profit on the £16million invested last summer.

The £41million fee Liverpool forked out to sign Diogo Jota from Wolves seemed steep at the time, but the Portugal international had added some much needed competition to the club's forward line.

It is no coincidence that the team's huge dip in form coincided with his injury in mid-December, with the slide halted somewhat since his return. It already looks like money well spent, although the sizeable fee and injury issues did bump him down on this list slightly.

Tomas Soucek was the most prolific goalscorer in the league there for a while this season, not bad for a midfielder who had previously spent his entire playing career in the Czech Republic.

At 26-years old, he still has room to improve. It's unlikely West Ham could have launched their unlikely Champions League hunt without him.

Forget about the Champions League, West Ham could have been competing for the title had they had this Jesse Lingard on their team for the entire season.

The England international has been nothing short of sensational since joining the club on loan in January, scoring nine goals and registering four assists in ten appearances. You could argue he should be higher up on this list, although the fact this is only a half-season loan deal has to come into consideration. 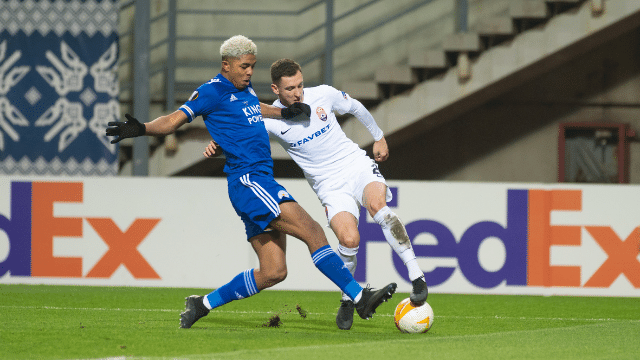 It's incredible to think that Wesley Fofana is only 20-years old. He has been absolutely sensational for Leicester since joining from Saint Etienne, putting in the type of assured defensive displays that you would rarely see from a player at his age.

Brendan Rodgers will be praying that his side can secure Champions League football this season. Otherwise, there will be plenty of clubs at that level who would be interested in making his stay at the King Power Stadium a short one.

Ruben Dias has transformed Manchester City from a defensively frail side to one of the most robust sides in European football. He has even made John Stones look like a top class centre half, certainly no easy task.

That massive £61million fee already looks like a bargain, with Dias making a similar impact to the one that we saw from Virgil van Dijk at Liverpool. Easily the best signing in the Premier League this season.

Premier League
21 hours ago
By Michael McCarthy
The Least Dramatic Premier League Season Ever? A Look At The Stats
Football
1 day ago
By Michael McCarthy
Quiz: Name The 21 Irish Players Who Have Appeared In The Premier League So Far This Season
Football
3 days ago
By Gary Connaughton
Dean Smith Slams 'Pathetic' Penalty Decision In Manchester United Loss
Popular on Balls
Rugby
20 hours ago
By Eoin Harrington
Mike Brown's 16-Year Harlequins Career Is Over After Stamping Ban Issued
Other Sports
21 hours ago
By Balls Team
12 Of The Most Cringeworthy Moments In Sporting History
The Rewind
18 hours ago
By Balls Team
The 5 Best Irish Accents By Foreigners In Cinema History
The Rewind
18 hours ago
By Donny Mahoney
The Best And Worst British Media Coverage Of The Ballymurphy Verdict