Euro 2020 (+1) is mere days away now, after a year's delay and changes to the host cities. There's nothing quite like the build up to a major international tournament, but a huge part of the intrigue lies off the field. We're talking, of course, about the different punditry lineups that will be fielded by RTÉ, BBC, and ITV for the Euros.

Your summer of sport kicks off this Friday on RTÉ as Italy face Turkey in the Euro 2020 opening game ⚽️🏆 🙌#CreateTheFuture with @RTESport pic.twitter.com/Hzkye7TrKz

We've decided to put together a "dream panel", with the best host, co-commentator, and pundits from across the three broadcasters. We've also balanced that with our "nightmare" panel - the pundits that would have us changing over to the other channels in a heartbeat.

Gary Lineker will be at the helm on BBC's coverage, and his presence is an instant draw to the Beeb. He's mastered the art over his years hosting Match of the Day, and he has a conversational style that other hosts just can't seem to match.

He's also more than willing to let his emotions run through, adding another layer to his hosting. His sense of fun and ability to get good answers from his pundits make him the obvious choice here.

We have to say, we were on the fence about putting Roy Keane and Richie Sadlier together. Neither of them are the most upbeat of pundits, and there's a risk that their combined pessimism might make the viewing experience a bit bleak.

But we think that the presence of Lineker and Ian Wright would nicely balance that pessimism with a more buoyant energy.

Keane is essential for any panel, and ITV have gotten themselves a major scoop by sealing his services for the Euros. He's improved as this season has gone along, and he has much more to him than just the "Roy Keane" tag and character - though that is always a highlight.

What sort of legacy will Jose Mourinho leave at Spurs?

Richie Sadlier has been by far the best of RTÉ's pundits in the post-Brady/Giles/Dunphy era. He isn't afraid to speak his mind, but balances his slightly outspoken nature with solid and consistently engaging analysis.

There are very few better than him in the game, and he gets bonus points for speaking out about those who run football and refusing to hold back in his criticisms of them.

'A marketing strategy for a drinks brand' and 'far worse' - Just why are #Leipzig and #PSG so unpopular? @RichieSadlier explains #RTESoccer #RTESport #UCL pic.twitter.com/ZAl1iEAadu

Ian Wright has been nothing but a bundle of laughs since he became a regular on Match of the Day. Strangely, he's on duty with ITV rather than BBC for the Euros, and we think he'll gel brilliantly with his ITV teammate Roy Keane this summer.

Wright brings great insight into the tactics of the game, but he nails the emotional and fun side of football more than anything, and we think he'd be the perfect foil to the harshness that Keane and Sadlier can bring.

Gary Neville has long been held in high esteem in the football punditry world, but his commentary can go under the radar. There's no one around who breaks down the action on the pitch in real-time quite like Neville on commentary duty, and he has a certain charm to accompany that excellent analysis.

We also just can't say no to his tendency to exclaim "ooooooo" at any mildly controversial moment.

ITV have never had the best track record with hosts for the big tournaments and, though there's nothing hugely wrong with Mark Pougatch, he really doesn't bring much to the table compared to his counterparts.

It doesn't help that his competition of Lineker and Darragh Maloney are both excellent, but Pougatch doesn't do enough himself to escape the nightmare panel.

There was a brief period of time when Graeme Souness' craic with Eamon Dunphy made him an entertaining presence on a punditry team. That time has passed. There is no denying that Souness has an immense amount of experience, but his views on the modern game are increasingly outdated, and he just comes across as grumpy and disinterested.

His hatred of Paul Pogba also veers into uncomfortable territory at times.

It's a testament to the general quality of football punditry that it was a struggle to pad out this "nightmare" panel. There aren't many pundits we'd actively avoid, but to create a panel we needed at least two pundits, so we've plumped for Mark Hughes.

He's nowhere near the level of Souness, but he's always cut a dry figure, even in his days as a manager. We imagine he'd be shite craic on this panel.

Do we need to explain this one?

Any of the BBC's co-commentators could have been chosen, in fairness, with Martin Keown and Mark Lawrenson also tough to stomach.

But Danny Murphy is a strangely grating commentator - he doesn't really bring a huge amount to the table, but his tactical "insights" can often be hard to decipher, or just outright wrong. We aren't looking forward to a summer of listening to the BBC co-commentators on duty.

Danny Murphy as a commentator. A short introduction: It's in pic.twitter.com/75jZ4yt1rY

So, there you have it. It's bound to be a fun four weeks of football - but half the charm of the Euros will be watching the punditry on the TV, and picking apart their tendencies, criticisms, and appraisals. We cannot wait.

SEE ALSO: UEFA Are Ditching One Of Football's Most Ridiculous Rules At Euro 2020 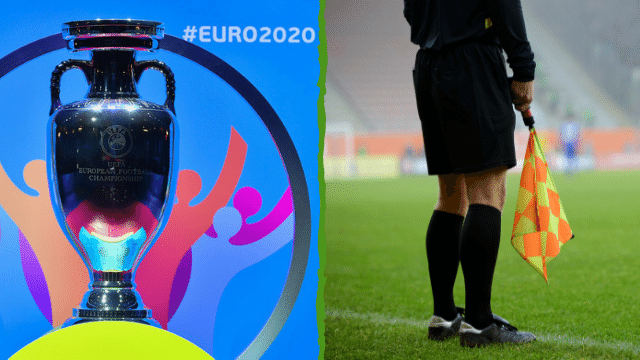