Throughout a football career which began with Sunderland and took in Derry, Cork, Shamrock Rovers, St Pat's and Limerick, Billy Dennehy's thoughts regularly turned to home.

He had flown the coop but his time away from Kerry was always going to be more extended J1 trip than permanent emigration.

Billy and his brother Darren are two of the few pro footballers to emerge from Kerry in recent times. Brendan Moloney and Gary O'Neill are notable others.

The Kingdom's track record of producing senior Irish internationals is virtually non-existent. There's Tony O'Connell, the Honourary Life President of Bohs, who was born in Tralee. His two caps are all which keep Kerry from being listed beside Offaly, Carlow, Tyrone and Leitrim as the only counties to have never produced a player to win a senior cap.

At the vanguard of the plan which may one day change that record is Billy Dennehy. This weekend, he takes charge of the Kerry District League U17 side when they play Bohs in the Mark Farren Memorial Cup final. Prior to this year, a Kerry team had never ventured this far in the competition. The new territory was mapped by beating Cobh Ramblers, Galway United and Cork City on the way to Sunday's decider.

"Myself and my brother had League Of Ireland careers," Dennehy tells Balls.

"In the back of our minds, we were out there representing Kerry as well, trying to go out, do well for those clubs and thinking that maybe there's Kerry lads looking at us thinking they want to get to that level someday.

"When you come from Kerry, there are a lot of obstacles to making it in this game, a lot more than other areas of the country. That’s just the way it is.

"If you want to have a career, you have to be willing to go through that, I suppose jump over a lot more hurdles than other players.

"There's Gary [O'Neill] at Shamrock Rovers but in my mind, there's a lot of lads in Kerry who are good enough to play senior League of Ireland level, maybe they just need that belief, maybe they need that support and the platform to do it." 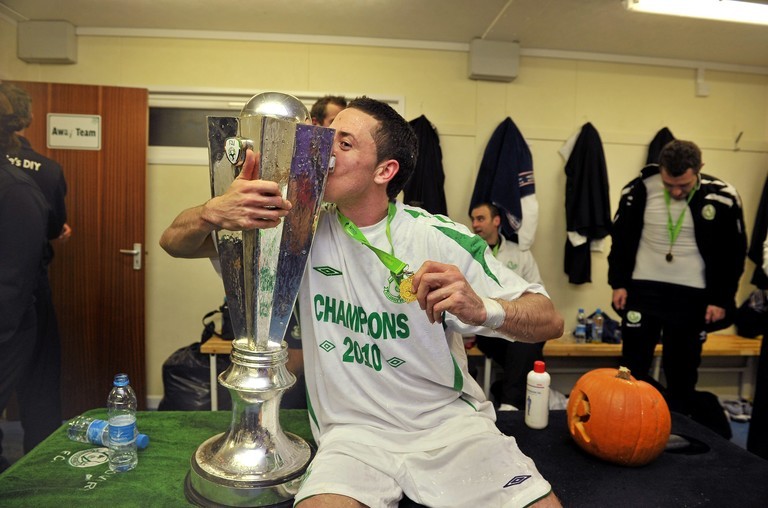 At the conclusion of last season, Billy and Darren both retired from playing but kept the decisions quiet until queries began to mount.

Obviously my family knew and the people close to me knew that I wasn't going back playing. It's a very difficult thing to do when you decide to stop playing. It's a massive part of my life since I was 15, playing professionally.

At the end of that season, I knew I was going to finish playing. I was fortunate enough in my career that I've been at clubs challenging for trophies and fighting for Europe. When it got to the stage where that wasn't the case any more, the enjoyment went a little bit.

Coming towards the end of the year in Limerick, my brother had been injured quite a bit. I'd been getting a lot of questions: was I playing or not playing? Darren was probably the same. I said to him that we'd better say something rather than us having to answer questions every time we were out.

I was happy enough to move closer to home. The timing for the whole Kerry thing was right as well.

The something was a post on Instagram and that was it: their playing careers were officially over. It was onto the next thing.

Billy had already taken the first steps on another football path. While playing with St Pat's, he had begun the UEFA B-licence course. It was a toes in the water exercise. Coaching was an option to which he had given little thought for the majority of his playing career.

To attain that first badge, he needed hours on the training pitch. The option to work with the Kerry District League popped up.

"I was kind of in and out and I wasn't able to commit because I was playing for St Pat's at the time," he says.

"I was in Dublin quite a lot but I helped out whenever I was at home.

"When I retired, I moved onto my A-licence. I've decided that I want to go wholehearted and give it everything that I have."

At the start of this season, Kerry's fourth in the U17 National League, Dennehy became manager. They held trials in January and 67 players turned up.

In Kerry, Gaelic football will always be number one. Dennehy, an Austin Stacks man, won a Munster minor medal with Kerry in 2004 as part of a team which featured future All-Ireland winners Darran O'Sullivan, Killian Young, Brendan Kealy and Kieran O'Leary. He's got strong links to both sports and doesn't see them as competitors for the devotion of young talents.

"To my mind, if you're competing with people within your own area, you've got a closed mentality. I support anybody who is playing any sport for Kerry.

"Kerry are lucky in that way, they have fantastic sportspeople - men and women in a lot of different sports.

"We have to give them a clear development path so they can come in at 13 and progress all the way through to 19. Then, it's up to the players themselves. Everyone should be entitled to make whatever choice they make. If the soccer is right, they won't want to leave and play anything else." 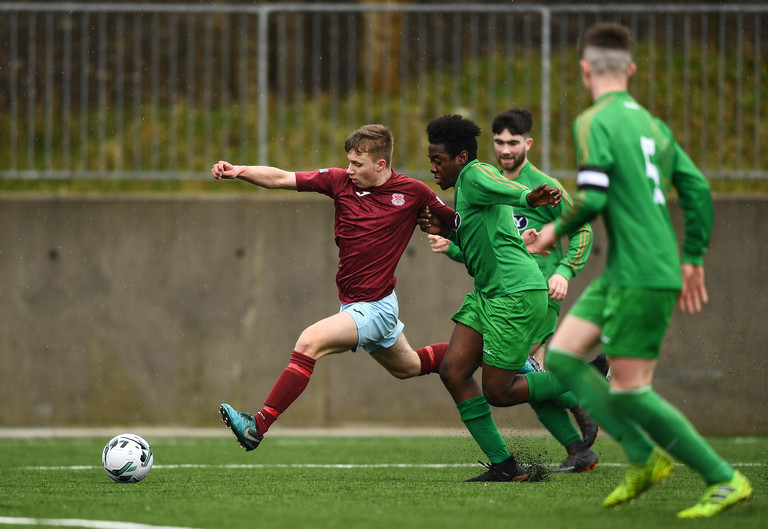 2 March 2019; Nick Izehi of Kerry during the SSE Airtricity Under-17 National League match between Cobh Ramblers and Kerry at Ballea Park in Carrigaline, Cork. Photo by Eóin Noonan/Sportsfile

The U17 squad, which sits 10th in the Southern Elite Division, is drawn from across Kerry along with one or two from Limerick.

For the players, soccer is their only sport. The busy schedule - training twice a week, a game on weekends and then recovery - prevents otherwise.

"From what I can see," tells Dennehy, "with Kerry teams, when you go outside of the county and you play a team from Cork, Limerick or Dublin, there’s almost an inferiority [complex] to the players, that maybe they can’t compete with those teams, but I fully believe that they can.

"I fully believe that just because you’re from Kerry, it doesn’t mean that you can’t compete with any team in the country. If you train hard enough, if you’re dedicated enough, then you can compete.

"Some of these players have unbelievable ability. I think a few of them could be playing senior League of Ireland in a couple of years time - absolutely no problem at all.

"A lot of people want to be a footballer until they see what it takes: week after week, year after year of continuous commitment, dedication and sacrifice.

"These are things that are paramount if you are going to become a professional player. Not many people have it. They might have it for a short period but wouldn't have that stamina and motivation to go year after year. That will be up to the players themselves."

The Kerry DL boasts one of the best set ups in the country at Mounthawk Park Tralee making sure every player has professional standard facilities. Thanks to @fulltimeproductions for the image. #leagueofireland #loi #sseairtricityleague #loi19 #KDL #KerryDL #kerrydl19 #KDL19 #loi17 #KDL #KerryDL #kerrydl17 #KDL17

The next big step for soccer in Kerry would be having a senior team in the League of Ireland. It might not be that far off. Dennehy believes the interest is there within the county to support a team.

"I said from the start when I got involved, if you are going to go down that road, you have to do it right," says Dennehy.

"Over the years, we've seen League of Ireland clubs struggle with different things. If you're going to go into it, you have to make sure that the foundations are right."

And the foundations are there. Mounthawk Park in Tralee, where Sunday's final is being held, is a superb facility. They have their own ground. The progression of their underage teams means they will soon have their own players.