How often do you come away from watching a post-match interview and feel that what you had watched was genuinely entertaining?

With all players receiving huge amounts of media training these days, there is rarely anything of note said. They trot out the same old cliches, trying their best not to upset anyone or hit headlines with what they have said.

Of course there are always exceptions, with Billy Sharp providing a perfect one at the weekend.

The Sheffield United striker scored the winner in the club's home game against Derby County on Saturday, netting a penalty in the 89th minute to earn a win for his side.

The 35-year old had been subjected to plenty of abuse from the visiting supporters over the course of the match, responding by running towards the away end and taunting them after netting the spot kick.

Most footballers would brush off this incident after the game by saying emotions were running high, but Sharp went in an altogether different direction.

Speaking to Sheffield United's in-house media, he said he was delighted to give it back to the Derby fans at the end of the game and admitted he really doesn't like them.

I wish I could play against them every week.

I think their fans were disrespectful to me today. I don't mind stick, but if they're going to give me that all game then they deserve that back.

I'm delighted I've scored against them because I don't like them.

Brilliant. We would love to see more honesty like this from footballers.

Of course, this result piled the misery on Derby who entered administration last week and will be a hit with a second points deduction of the season in the coming days.

We'd say Billy Sharp probably won't be too upset about that. 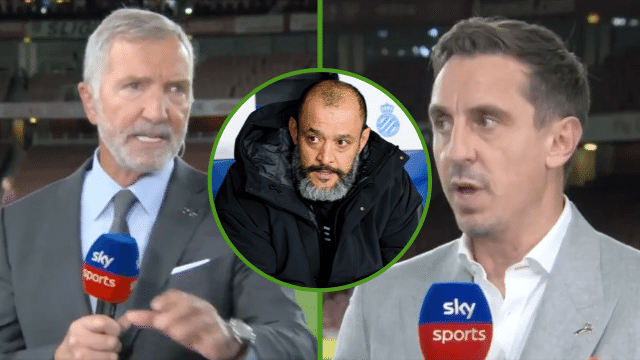 Football
17 minutes ago
By Eoin Harrington
Quiz: Name Every Player To Score In A Champions League Final
Football
5 hours ago
By PJ Browne
St Pat's Teenager Reportedly Set For Serie A Move
Football
6 hours ago
By PJ Browne
Ireland's Lee O'Connor Says It Was An 'Easy Decision' To Leave Celtic
Popular on Balls
GAA
2 days ago
By PJ Browne
Insane Drama As Late TJ Reid Goal Sends Ballyhale Into All-Ireland Final
Rugby
1 day ago
By Colman Stanley
Yesterday Was Not The First Time Wayne Barnes Sent A Player Off For Getting Lippy
Rugby
22 hours ago
By Colman Stanley
Champions Cup Predictions And Permutations For The Irish Provinces
The Rewind
2 days ago
By Jonathan Byrne
The Definitive Ranking: Deli Items Ranked From Best To Worst