Eight Boca Juniors players and staff were arrested by police in Brazil last night following their controversial exit from the Copa Libertadores.

The Argentinian side were dumped out of the tournament by Brazilian side Atletico Mineiro on penalties.

Boca had a goal ruled out by VAR before the game went to a shootout, where their Brazilian opponents held their nerve to see off Boca, before chaos ensued beneath the stadium.

🔥⚽🇧🇷 Relive all the drama from the penalty shootout between @Atletico and @BocaJrsOficial! pic.twitter.com/C2r6h2CfVY

The meleé began with Boca players and staff clashing outside the dressing rooms.

As a result, the police were called in to deal with the skirmish, appearing to use teargas to diffuse the situation.

Boca Juniors players attacking the Atletico Mineiro team and staff and having to be tear-gassed after their Copa Libertadores defeat on penalties.pic.twitter.com/wWlARXw4dm

Globoesporte reported that the Boca Juniors players-  with former Manchester United man Marcos Rojo to the forefront - tried to force their way into the home dressing room.

At the time, that was where the match officials were believed to be seeking refuge.

🧯 Marcos Rojo picked up a fire extinguisher in a heated exchange, after his side, Boca Juniors, went out of the Copa Libertadores on penalties last night! 😅

Many videos are emerging on social media following the incident, with Rojo appearing to hold a fire extinguisher in a tense exchange.

Makeshift partitions also looked to be thrown as Boca players tried to force their way into the home dressing room.

Boca Juniors are not taking their #Libertadores elimination lightly.. pic.twitter.com/Z5cAID82Ln

They first clashed in the tunnel after the game, with Boca players left incensed having been denied what they felt was a legitimate winner.

Speaking after the game, Boca Juniors midfielder Diego Gonzalez said he felt refereeing played a major role in their elimination. As he would.

Without a doubt, everyone can see that.

We scored a good goal, and the fact is that we deserved to win the first game as well.

This hurts, we feel bad. CONMEBOL need to look at the refereeing.

This feels like the perfect storm. VAR and Copa Libertadores football. 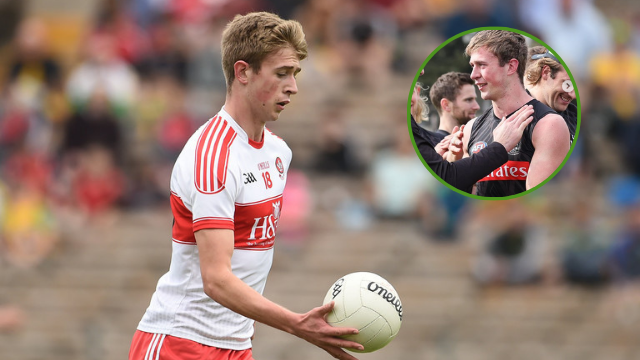