Watch: Bohemians Score Two Absolute Screamers To Knock Rovers Out Of The Cup

Bohemians have knocked Shamrock Rovers out of the FAI Cup, scoring two stunning goals to defeat their Dublin rivals in the second round tie at Dalymount Park.

This was without doubt the standout tie at this stage of the competition, with the prospect of 800 supporters on site for the fixture certainly adding to the sense of occasion.

The action on the pitch didn't disappoint. While we would have goalless first half, the home side would soon open the scoring with an absolute worldie.

Ali Coote was the man to provide, scoring an absolutely stunning long-range free-kick that left Alan Mannus with no chance in the Rovers goal.

Unbelievable strike by the Bohemians man as he hammers home from well outside the box to give his side the lead in the derby! 💥

Roberto Lopes would equalise for the visitors with ten minutes remaining, but there was still time for Bohemians to find a late winner.

Andy Lyons was the man that stood up to provide, scoring a gorgeous left footed strike from outside the box to secure the victory for his side.

Another fantastic Bohemians goal, Andy Lyons the scorer this time around! 😲

Will that do it for the gypsies?!

This caps off a fantastic week for Lyons after he was included in Jim Crawford's Ireland U21 squad for the upcoming European Championship qualifiers against Bosnia & Herzegovina and Luxembourg.

As for Bohs, they will now advance to the third round of the FAI Cup as they seek to reach the final of the competition for the first time since 2008.

Eliminating one of the other main contenders for the trophy did their chances of doing so no harm. 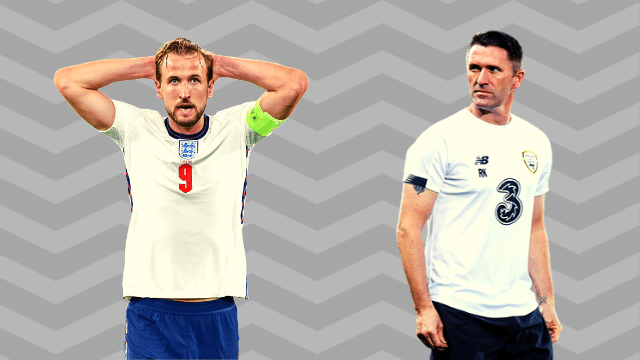