The celebrations were already ramping up when Tony O'Donoghue managed to pull Bohemians manager Roddy Collins aside for an interview on the Tolka Park pitch, moments after his side had clinched the 2001 FAI Cup, completing a famous double for the season.

Standing beside them, an ashen-faced Stephen Kenny waited his turn.

Collins didn't waste much time digging his heels in.

"Stephen played the mind games with me all week. 'The underdogs'. [Longford] aren't underdogs, they're a very very good side. Very well balanced. But we felt, the longer the game went on, unfortunately for Stephen, we'd be stronger."

Hands buried in his pockets, and his voice hoarse from barking on the sideline, Kenny didn't give much away.

The great crescendo was the begrudging, overly-physical handshake between the two men at the end of the interview. "At least we played some part in Stevie's seasons," Collins says, already pulling out of the half-embrace,  "we helped them to get to Europe."

Kenny walks away with a grimace, probably thinking about all the things he could have said.

It's been 20 years since that interview, and the match that preceded it.

Bohemians had already secured the title, and went to Tolka Park as odds-on favourites. Kenny's Longford Town put up a commendable effort, but a 61st-minute goal from Bohs full-back Tony O'Connor was enough to secure victory on a sunny Drumcondra evening.

Longford had had their chances, but following the opening goal they never really looked like threatening. Bohs rallied their opposition in the closing stages, and should have had a second.

The Irish Independent's Philip Quinn wrote, "when referee Hugh Byrne signalled the end justice was done. Not for the first time in a Cup final, a good big 'un had packed too much punch for a good little 'un. Longford lost nothing in defeat, Bohs gained everything in victory."

It was a historic season for Longford nonetheless and solidified Kenny's prominent position in the club's folklore. Taking over in 1998 as the youngest ever League of Ireland manager, Kenny won promotion with the club in his second season.

Their first season back in the Premier Division – the 2000/01 season – saw Kenny's charges securing an admirable mid-table finish. The FAI Cup final was the club's first-ever appearance in the tournament's deciding fixture. Despite losing, their effort saw Longford qualify for the UEFA Cup, by virtue of Bohs' already appearing in the Champions League.

For Bohemians fans, the triumphs of the 2000/01 seasons was one of the biggest highlights for the club in living memory, which also saw the Dalymount 0utfit defeat formidable European opposition in Aberdeen and the Bundesliga's Kaiserlautern. They also one-upped their oldest rivals Shamrock Rovers, coming from 4-1 down to beat the Hoops 6-4 earlier in the season.

That infamous interview after the Cup Final is just another memorable moment from that campaign. In fact, an enduring bitterness between Roddy Collins and Stephen Kenny has its roots in the 2000/01 season.

Kenny, of course, would go on to manage Bohemians himself after Collins. He enjoyed some success at Bohs, winning the title in 2002/03. Collins didn't seem too impressed by his successor, however, stating earlier this year that he "inherited a squad that should have won four league titles in a row". Collins was, of course, speaking about the squad that he had built. 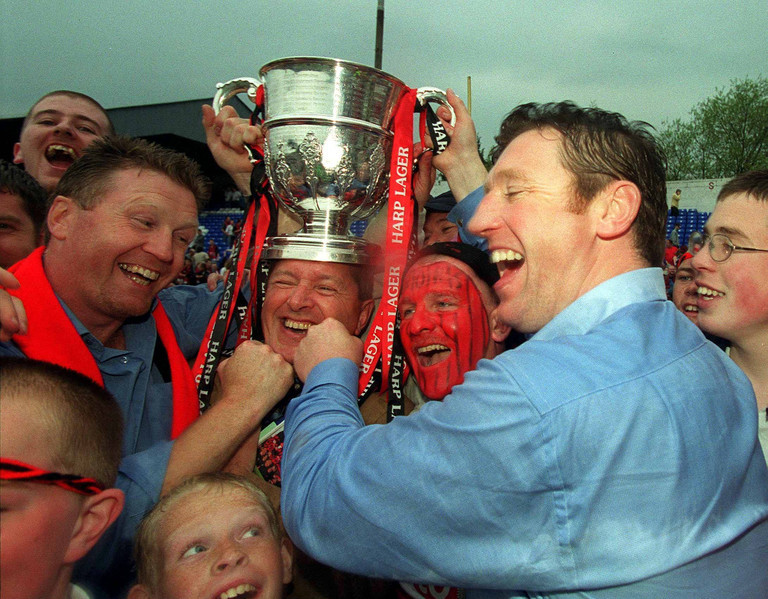 20 years later, Kenny holds the top job in Irish football. Collins has never been short an opinion on his old dugout rival.

Collins has spoken out frequently about Kenny and the Ireland job, predicting a "disaster" as early as 2018.

In some particularly explosive comments earlier this year, Collins discredited Kenny's claim to the job.

Speaking on the Second Captains podcast, Collins said that Kenny was "out of his depth" as manager of the Republic of Ireland.

"Tactically, Stephen, for me, wouldn't be up to speed for international football. He has a lot of good attributes: he's a good man manager, he's a likeable person."

Collins maintained that a patchy track record spells trouble for Kenny. And that he probably would have done a better job.

"When I managed against Stephen, you'd make a tactical switch - there'd be no reaction. That came to light in the Serbia game. At half-time time against Serbia, they changed, and we didn't.

"I was forensically analysing that game. I wrote down the times 52 minutes, 60-odd minutes, 67 minutes - nothing changed from their tactical switch that pinned up in and killed us."

SEE ALSO: Richie Towell To Return To League Of Ireland With Shamrock Rovers 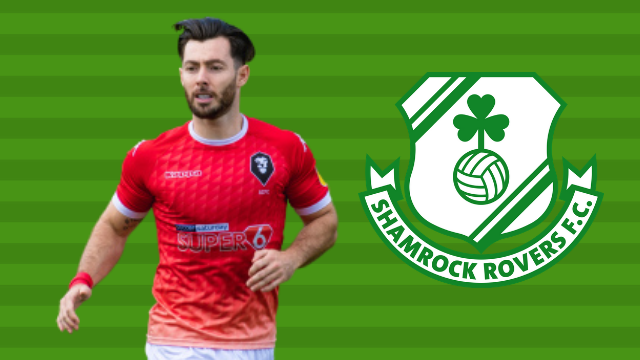