Bohemians and Derry City served up a League of Ireland classic on Monday night at Dalymount Park during a cracking 3-3 draw, with several stunning goals on show.

It was Bohs’ in-form goalscoring striker Georgie Kelly who stole the show, as he secured a point from the jaws of defeat for the Gypsies.

Kelly took down a delicious ball into the box from Keith Ward to find the top corner of the net with a Van Basten like touch and finish.

The result sees Bohs continue their European chase with a point on a night where they may have ended up with less.

That is just unbelievable! What a ball, what a touch, what a finish. What a game...!

Georgie Kelly has grabbed a crucial equaliser for Bohs deep in added time to level the most dramatic of games.@bfcdublin 3-3 @derrycityfc

Incredibly, that was not the only highlight reel goal on a scarcely believable night in Dublin 7.

Keith Long’s side took the lead early on in the first-half thanks to a superb Liam Burt opener.

The former Celtic and Rangers youngster caught his effort clean on the edge of the penalty area to score his 7th league goal of the season.

That's an unstoppable strike from Liam Burt into the roof of the net, no chance for Nathan Gartside in the Derry City goal.

Derry, however, were not content to let their hosts have it easy at Dalymount, and Jamie McGonigle did his level best to upstage Burt’s opener. That, he did.

The former Crusaders and Coleraine forward picked up the ball on the edge of the penalty area to beat James Talbot with ease, finding the top corner.

We've been treated to an another absolute cracker at Dalymount Park - McGonigle planted the ball into the far corner past the despairing dive of James Talbot.@bfcdublin 1-1 @derrycityfc

McGonigle then went from scorer to provider shortly after as he crossed into the penalty area where Junior Ogedi-Uzokwe was on hand to bundle home into the net.

That goal gave Ruaidhri Higgins’ side a 2-1 lead heading into the last 15 minutes of the game as the Candystripes took the initiative in the European chase.

Huge goal at Dalymount! @derrycityfc have come from behind to lead through Junior.

It was a clinical counter attack from the Candystripes, Jamie McGonigle teed up Junior, who bundled the ball home.@bfcdublin 1-2 @derrycityfc

Derry’s second, although, proved to be the tonic for a manic end to the game, with Bohs levelling shortly after through Kelly.

Rollercoaster of a game, Georgie Kelly has pulled Bohs level with a header after some great play by Dawson Devoy

We're into the final 10 minutes and it's finely poised!

James Akintunde found the back of the net with an exquisite, lobbed finish in injury time after he pounced on some dreadful Bohemians defending.

On another night, that goal may have taken much of the acclaim given its nonchalance and importance.

What a finish by Akintunde! 💫

📺 All the highlights and goals from last night's 3-3 game at Dalymount are on our YouTube https://t.co/fLYSssptpc pic.twitter.com/Br0jVxJTNd

That was not enough, however, as Kelly popped up at the death to secure Bohs the greatest of late points. The goal kept their European chase in check in the most dramatic of fashions.

This finish by Georgie Kelly is the goal of the season pic.twitter.com/qRNDFPdoS2

SEE ALSO: 'Dunney Grabbed Me By The Throat' - When Richard Dunne And Joey Barton Went At It In Thailand 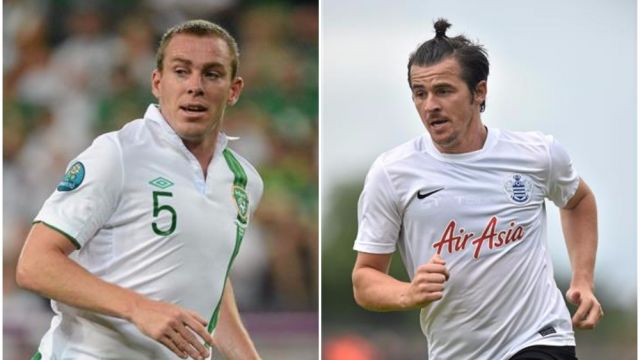