Bolton Promote Sky Sports Instead Of Their Own Ground

Having been relegated from the Premier League two seasons ago, you would think Bolton Wanderers would be doing everything they can to get people into the Reebok Stadium. Instead they take to twitter to promote the game on Sky Sports, even offering you advice on how to save on your subscription. One fan wasn't too happy and correctly pointed out that game is also on live at their ground. 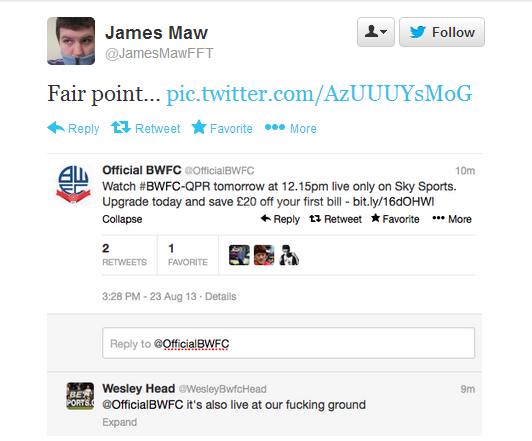