We're not sure we'll ever fully adapt to the radical changes that have engulfed football in the past few months. Leo Messi now lives in Paris and wears number 30 for PSG. Real Madrid lose matches at the Bernebeu to sides from Transnistria, and Barcelona are a banter club on the verge of bankruptcy, regularly ridiculed on big European nights.

Last night, it was Benfica's turn to give Barca a kicking. They hammered the Catalan giants 3-0. The result was as embarrassing as it was predictable.

Benfica vs. Barcelona in 6️⃣0️⃣ seconds!

As it tends to be these days, the hypersurreal Madrista football panel show El Chiringuito best explains the intense stress on the shoulders of the Spanish giants. A very strange and impassioned rant from pundit Jorge D'Allesandro last night wonderfully explained Barca's ridiculous transfer strategy over the past five seasons and the total failure to plan for life beyond Messi.

If you like fiery rants in foreign languages, you'll enjoy this.

Everyone's favourite so-angry-he-goes-red football pundit Jorge D'Alessandro had a lot to say about Barcelona's loss to Benfica. Enjoy this. It's quite something. pic.twitter.com/V9NLiln13P

(We must admit that we're entirely at the mercy of the person who runs the El Chiringuito in English Twitter account for the translation here.)

What's next for Barca after last night's result? Ronald Koeman surely won't be long in the job. A meeting will take place this afternoon to decide on his future. But surely the problems at the Nou Camp go much deeper than the red-haired Dutchman. It seems things will only get worse before they get better. 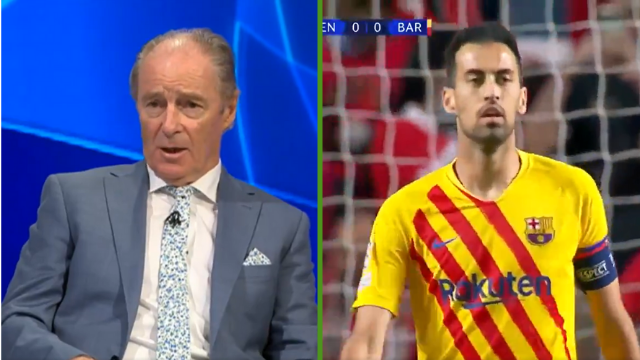