Bono And The Edge's Release Official Song For Euro 2020, And It Bangs

Every two years, a major international football tournament comes around and with it, comes an official song. Some of them have been bangers in fairness, like K'Naan's Wavin' Flag, the official song of the 2010 World Cup.

Most of the time, though, they're clangers and aren't heard once outside of their release day, when they're promoted to hell before remaining untouched by broadcasters and media across the duration of the tournament.

Euro 2020 has been delayed by a year and we've all waited with bated breath to see who will be behind the official song and whether it might be any good. The collaboration of DJ Martin Garrix with our very own Bono and the Edge is certainly one we didn't see coming.

There's so much to unpack in the release of the official song. Us Irish folk hear plenty about Bono and the Edge, but it's been an awfully long time since they've had a major hit. The most notable thing U2 have done musically is invade all of our iPhones with their album Songs of Innocence in 2014. So, to see them on an official track for the biggest football tournament happening this year is a bit jarring.

The music video is also a bit bizarre. There's a bit of a "lads on tour" vibe to the shots of Martin Garrix with Bono and the Edge in London, especially at the very end when the Dutch DJ throws his arms around the two.

There's also a bit of an unfortunate focus on Bono's Irishness, as we're treated to flashbacks of him draping himself in Irish flags at concerts down the years, before present-day Bono does the same in the video. We're sure this moment would have been a bit more impactful if we'd actually managed to qualify for the tournament.

But by far the most bizarre element of the video is the celebrity football guest. 2010's 'Waka Waka' had Lionel Messi, Gerard Piqué, and other Barcelona stars in the video. Evidently, the budget wasn't there for someone like Cristiano Ronaldo to appear in the video so instead they've gone with...Jason McAteer recreating his goal against Holland in 2001 (a goal that happened in a World Cup qualifier).

Aside from all the weirdness and over-the-top Irishness of the video, the song actually isn't bad at all. It's got a nice little groove to it and Bono and the Edge do a decent job with their contributions.

As official tournament songs go, this one is definitely in the 'good' tier, but we just can't get over the strangeness of the video. Maybe it's just bitterness that the official song is the biggest contribution Ireland is going to make to the tournament this year. 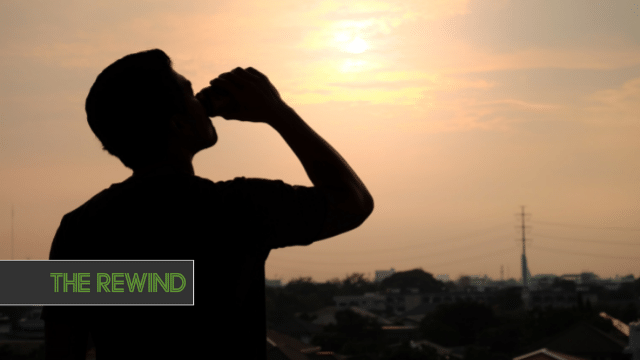