The book tells the entire maddening history of John Delaney's time overseeing the FAI. It is must-read material for everyone in the Football Family. Many of the events will be well-known to Ireland supporters. But there is also a trove of new information. There are financial revelations as well information that pertains to the Ireland football team. Tighe and Rowan shed some interesting light on the final days of the Martin O'Neill-Roy Keane era in 2017, and the FAI's decision to appoint Mick McCarthy to succeed the duo, with Stephen Kenny lined up to immediately succeed McCarthy after Euro 2020. It was an outside-the-box move, and according to the minutes of an FAI board teleconference quoted in the book, Delaney admitted the McCarthy-Kenny succession plan was 'unusual enough'.

Delaney also had the idea of moulding Robbie Keane into a future Ireland manager. With that in mind, Delaney gave Keane a four-year contract as Ireland assistant with a salary that rose to €250,000 per year. Delaney's idea was that Ireland's leading goalscorer would also be Stephen Kenny's assistant when he took over in August 2020.

'Robbie has a lot of learning to do here,' Delaney is quoted as saying.

However, the authors claim that Kenny's contract gave him clear authority to appoint his own backroom team. In April, Kenny appointed Damien Duff and Keith Andrews as his assistants.

"From my point of view, I have my own team with the senior team. We appointed Keith Andrews as assistant who I worked with for 18 months. That is where it is," Kenny said in July.

Given the epic mismanagement chronicled in this book, this might seem like a relatively minor affair. However, it does shed light on the confusing nature of Delaney's management style during his final years as FAI CEO, and it was a decision that directly impacted the Ireland international set-up. Why give Keane a four-year contract as Ireland assistant at such a huge cost while at the same time giving Kenny the power to choose his own backroom team? The decision risked infuriating Keane, or Kenny, or both, once McCarthy's time ended as Ireland manager.

Of course, Delaney was no longer in charge by the time Mick McCarthy's contract formally expired last summer. One of Ireland's greatest players was left in limbo, and the book claims that 'Keane verbally lashed out' at his former Ireland strike partner and then-interim deputy FAI CEO Niall Quinn once the decision to move on without him was made (with the matter still unresolved at the time of the book's publication). Tighe and Rowan surmise that the affair is 'likely to prove costly to the FAI'.

Speaking of costly, Mick McCarthy received a €1.13million payment from the FAI when his term as Ireland manager ended in the summer. 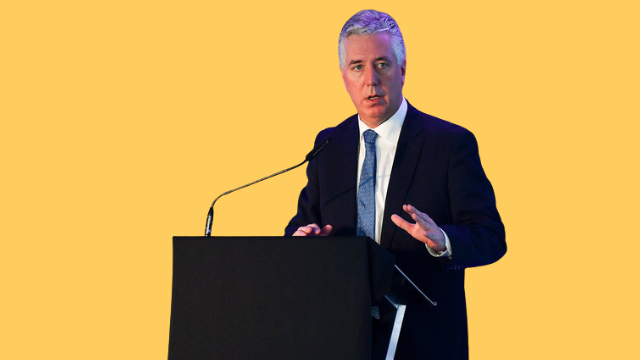