What to make of Manchester United?

After an impressive performance against Spurs over the weekend, many hoped that the team had turned a corner after the recent woeful form. However, many of the same problems plagued the team despite rescuing a late 2-2 draw at Atalanta this evening.

United's two goals may have been brilliant ones, but it was a familiar issue at the back that led to yet another questionable display Solskjaer's side.

They were so poor at the back, with Atalanta's second goal summing up their issues. The defensive line was absolutely woeful.

What was Man United's back-line doing?! 😬

The Norwegian will be thanking his lucky stars for Cristiano Ronaldo.

The 36-year old produced a moment of brilliance late on to rescue a point for the visitors.

Another crucial late goal this season for Man United in the #UCL #ATAMUN pic.twitter.com/aaXe6tDrrK

It could turn out to be a valuable point for Manchester United in their pursuit of a place in the knockout stages, but has Ronaldo papered over the cracks yet again with another late goal in European competition?

They may have ten points from their first four games, but all three positive results came as a a result of the Portuguese superstar scoring late in the day. Is that a formula for success over the course of a long season?

Speaking RTÉ after the game, Liam Brady and Richie Sadlier shared a similar opinion about Solskjaer's lack of impact on this team.

Liam Brady says Cristiano Ronaldo did a "real rescue job" tonight as #ManchesterUnited were "really poor" in their 2-2 draw at Atalanta. He thinks they are a team with no identity.#ChampionsLeague #ATAMUN pic.twitter.com/Qv4zMYW3Dp

Brady: There is no identity from this United side, you don't know how they're going to line up or play. When Klopp went into Liverpool, it was 4-3-3 and everybody knew what their job was. United is not like that.

When Tuchel went into Chelsea, he gave them structure and organisation. Ole has been there three years and you don't know what you're going to get from United.

He played Pogba from the start and I thought that was a terrible decision, it nearly let them down. It was a rescue job from Ronaldo again...

So far there has been no change. We are probably going to hear Solskjaer hit all the usual talking points: United DNA, we never give up, we keep going to the end, we always believed. Then it rolls on to next weekend and we'll see how they get on.

But there's no sense of who they are or what they're about. There is no identity or plan, the formations change and they stumble from one idea to the next and declare that they have 'turned a corner'.

We keep using phrases like 'papering over the cracks', which is what they did again tonight...

Brady: With all of the performances (in this year's Champions League) they could have ended up with zero points if it wasn't for Ronaldo.

It was a decent result for United tonight, but they face another day of reckoning when they take on Manchester City on Saturday.

Can Solskjaer depend on Ronaldo to paper over the cracks yet again? 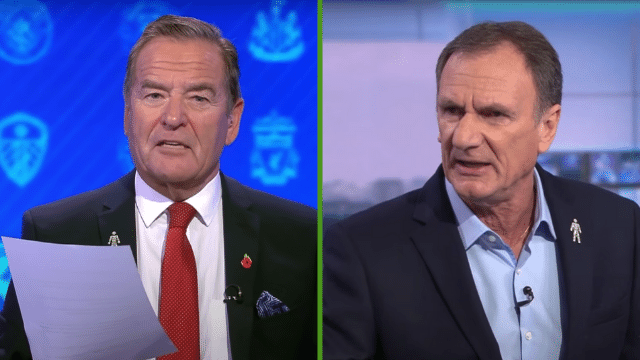 Football
2 months ago
By Eoin Harrington
Late Drama And Screamers Galore In Young Boys v Atalanta Thriller
Football
3 months ago
By PJ Browne
Paul Scholes Pours Cold Water On Excitement About Man Utd Comeback
Football
3 months ago
By Eoin Harrington
Late Atalanta Win Papers Over Cracks For Solskjaer And Man United
Popular on Balls
The Rewind
1 day ago
By Gary Connaughton
Quiz: From Which Irish County Did This Company/Product Originate?
GAA
6 hours ago
By PJ Browne
Insane Drama As Late TJ Reid Goal Sends Ballyhale Into All-Ireland Final
The Rewind
2 days ago
By Jonathan Byrne
The Story Of Meat Loaf's Tour In Ireland During The Troubles Is Remarkable
Football
5 hours ago
By Jonathan Byrne
Roy Keane Enjoyed Dig At Harry Kane For Referee Bias Being 'England Captain'