It has been confirmed this evening that John Delaney has voluntarily stepped aside from his role with the FAI pending an investigation.

In a statement released by the FAI after a prolonged meeting today at the Carlton Hotel, Dublin, the association confirmed the news.

The Board of the Football Association of Ireland met in Dublin today. Following that meeting, the sub-committee of the Board met with Executive Vice-President John Delaney.

John Delaney has offered to voluntarily step aside from carrying out his role as Executive Vice-President with immediate effect pending the completion of an independent investigation by the Association into issues of concern to the Board.

Honorary Secretary Michael Cody and Honorary Treasurer Eddie Murray have both voluntarily resigned from the Board.

The Board would like to thank Michael Cody and Eddie Murray for their long service to Irish football and wish them well after their voluntary resignations.

The meeting of the Board also mandated the sub-committee, set up to review Governance and recently publicised financial transactions, to press ahead with their work as a matter of urgency. The FAI will update Sport Ireland on all developments ahead of the meeting of the Oireachtas Committee on Sport tomorrow.

The Board of the Association wishes to assure members, football supporters and all stakeholders and sponsors that it is expediting all processes designed to restore faith in the Football Association of Ireland.

The Board acknowledges all concerns raised by stakeholders and supporters and is working to ensure that all Government funding is restored to Irish football at the earliest opportunity.

John Delaney's role in the association has come under question since reports emerged that he had given the FAI a short-term €100,000 loan in 2017. In the aftermath of those reports, he left his role as Chief Executive to take up a newly created Executive Vice President position.

Delaney and other members of the FAI board came under further pressure this week following their appearance at an Oireachtas hearing on Wednesday. In the almost eight hour hearing, John Delaney did not answer questions relating to the €100,000 loan after receiving legal advice. 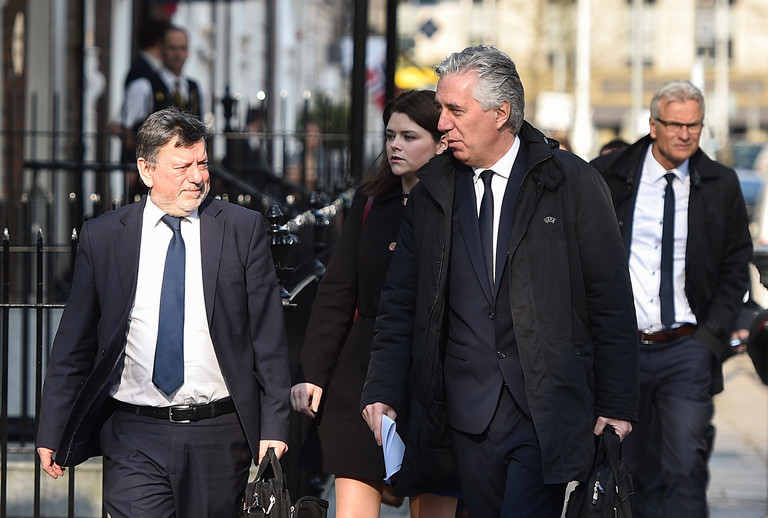 He also was reluctant to address his time as chief executive of the FAI, a role he only left three weeks ago after over 14 years in the position.

Meanwhile, FAI sponsors Three had issued a statement expressing their concern with the 'corporate governance' within the organisation.

A number of fan protests against Delaney have taken place in recent weeks, including the throwing of tennis balls onto the pitch in the recent Euro 2020 qualifier against Georgia at the Aviva, while there were some unsavoury scenes when a 'Delaney Out' banner was unveiled at Turner's Cross on Friday night.

Football
4 months ago
By Donny Mahoney
'Do The FAI Take Us For Morons?': Remembering The Week Steve Staunton Became The Gaffer
Football
1 year ago
By Michael McCarthy
We Can't Keep Blaming Managers. We Have Much Bigger Problems
Football
1 year ago
By Donny Mahoney
After The Fall Of John Delaney: An Interview With Mark Tighe
Popular on Balls
Rugby
1 day ago
By Colman Stanley
'I Think Munster Softened Them Up For Us': Sexton Not Carried Away After Clincial Leinster Win
GAA
2 days ago
By PJ Browne
Mayo's Padraig O'Hora Using Football To Promote His Real Passion
Rugby
15 hours ago
By Colman Stanley
'That Pace, That Intensity, That Organisation' All Black Legend Has High Praise For Leinster
The Rewind
1 day ago
By Eoin Harrington
Watch: Brilliant Dermot Morgan Dublin Segment From 'The Travel Show' Resurfaces